3ft 6ins tall, he was one of Camden’s well-known characters. 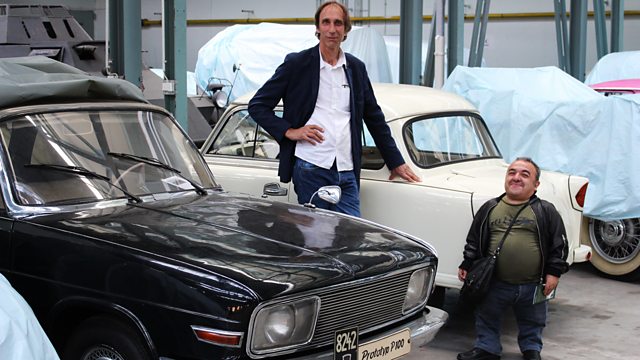 Will Self with Michael Shamash for their Radio 4 programme

MY brother Michael had a fixed routine when he went into Camden Town station.

He would greet the station staff, many of whom knew him by name, say hello to anyone he knew and increase his pace to dodge any lunatics who might want to engage him in conversation.

As a dwarf – he was only 3ft 6ins – Michael Shamash was one of Camden’s well-known characters.

At the end of last month – at the age of 63 – he went into University College Hospital for what was expected to be a routine hip replacement. Sadly, things went badly wrong and he ended up in intensive care and died two days later.

Michael was a man who was very loving and very-much loved. He valued his family and friends immensely.

Because of his size, many schools were reluctant to take him, but our parents were determined that he should have access to a full, formal education.

After attending a local state primary school, he went to University College School in Hampstead.

He went on to do an MA and to work as an academic, researcher and a disability rights campaigner of note and for many years chair of the Restricted Growth Association.

He always had a tremendous sense of fun.

When he was 10 he had surgery at Great Ormond Street Hospital to straighten his legs. 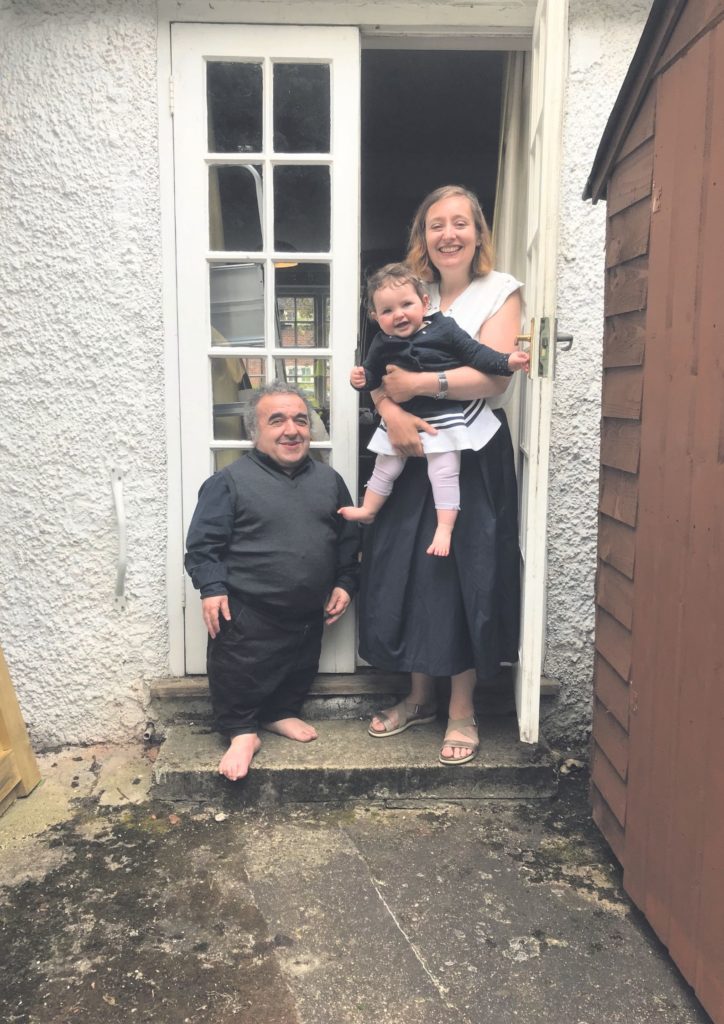 Michael Shamash with Helen Tonge and their daughter Lydia

For some months he would come to school in a wheelchair. The school was reached via a very steep path. On the way back from school I would push the chair down the slope as fast as I could, with Michael cheering me on. I’m surprised we never came to grief.

At the age of 17 he had a cracked hip, which necessitated another long spell swaddled in plaster.

I was the only member of the family strong enough to carry Michael up and downstairs every day. Perhaps this made us unusually close.

Michael worked for the social work department of Camden Council from 1984 until 1992.

He was involved in Camden Nalgo – the union that later became Unison. He worked on staff-driven disability groups, and attended national conferences.

A former colleague, Rory Heat, explained: “He always had the right things to say. He could discuss disability in ways that didn’t make people feel awkward. He had a huge impact on perceptions of disability.”

Rory had fond memories of them hanging out at the Skinners Arms in Euston Road.

“Michael loved socialising and arguing and he was good at both,“ he said.

Michael later ran a community group for the disabled in Tower Hamlets, lectured on disability at Middlesex and Bedford universities, wrote about disability and fashion and judged the National Social Worker of the Year award.

He was obsessed with buses and bus timetables. If anyone ever mentioned some out-of-the-way town, he could say exactly what kind of buses operated there and who ran them.

Sometimes after school, instead of coming straight home, he would take a long bus journey – just for the hell of it.

He had an obsession with the Trabant car (an East German car from the communist era), and he made a Radio 4 series with his friend, the author Will Self, in which they drove to the former Trabant factory.

During the programme, they discussed not only cars but also disability and size – Will is almost twice the height of Michael.

Fiercely independent, it was something of a surprise when 10 years ago, he began dating Helen.

Just over two years ago he and Helen had a daughter – Lydia, who is showing signs of being as sociable as her father.

A full inquest into Michael’s death has been scheduled for February 2022.