‘Medieval’ pub to be turned into a backpacker hostel 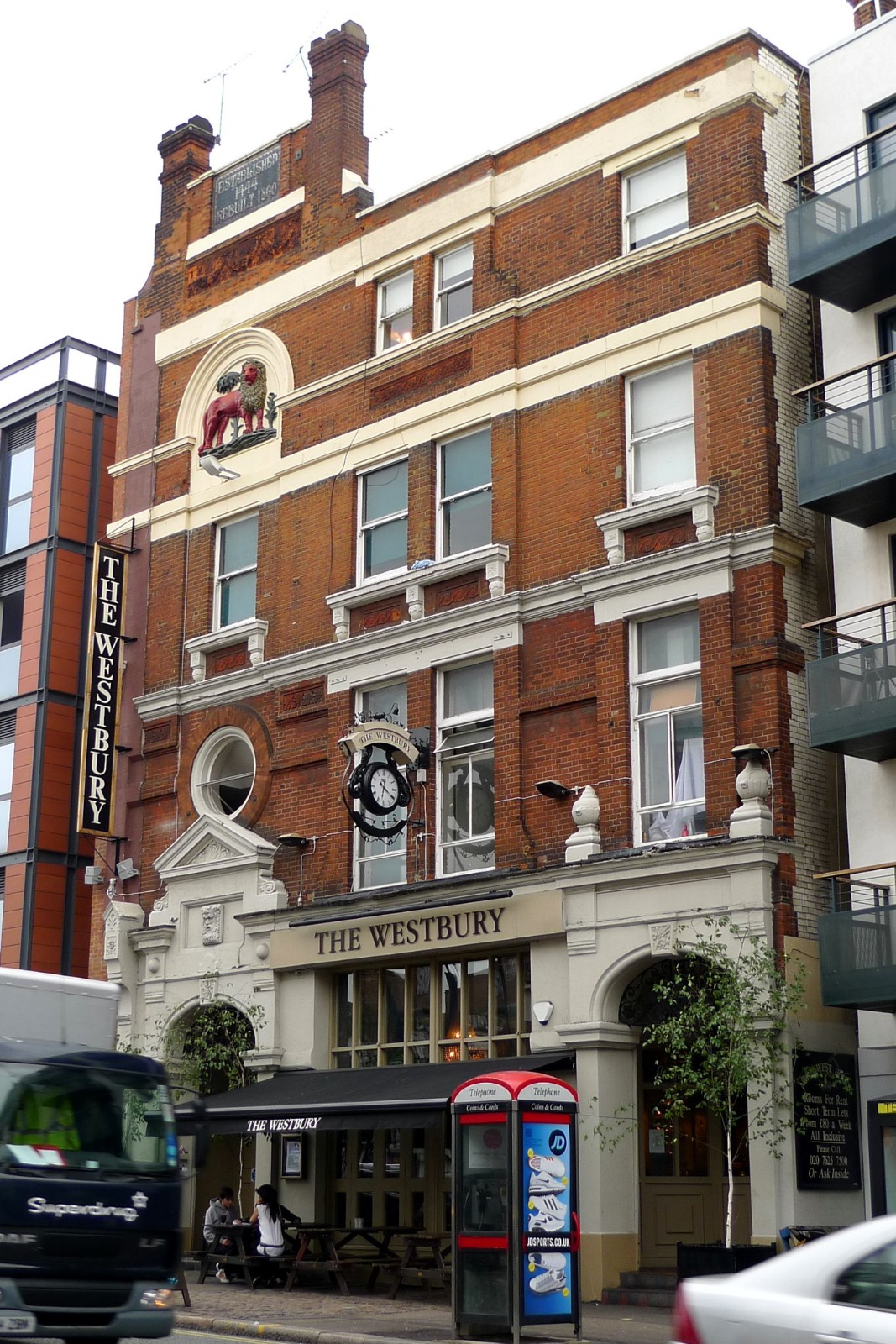 The Red Lion became The Westbury

THE sign on top of the pub proudly announces: Established 1444, albeit with the adjoinder that the building was rebuilt in 1890.

The former Red Lion pub in Kilburn High Road, however, looks unlikely to ever be used as a pub again, after planning officials were asked to agree its conversion to a new tourist hostel.

The pub in the Kilburn High Road had a rich history as a traditional tavern, but in more recent years was used for more short-lived projects like the Love And Liquor nightclub.

For a time it was known as The Westbury, with owners who had a knack for getting famous DJs to play sets at a venue off their normal beaten track.

Objectors to the current planning application say they want the old pub back; its past use is illustrated by the red lion emblem on the upper facade.

The new hostel will have 90 beds available and an ancillary bar and games room.

Planning agents said this could not be considered a large number compared to the Generator in Bloomsbury and YHA in King’s Cross.

Camden’s officials are reviewing a postbag of objections to the switch.

“I don’t believe there has been sufficient attempt to retain this building as a pub,” said one. “This has in the past been a successful pub and I believe it could be again in the right hands.”

Another said: “This screams trouble. A hostel and a games room doesn’t like anything of quality and is most likely going to be a cheap do up which attracts for undesirables to an already anti-social area.”

“Please don’t let developers with too much money and no taste rip up old beautiful buildings like the Red Lion and turn it into something nasty.”

Another said that people would be forced to have nights out in West Hampstead due to a shortage of options in Kilburn.

In a statement, planning agents, the SAM Group, acting for the owners, said: “The site is located in a busy mixed-use area and is located on a site that occupied a bar, therefore, the introduction of a hostel with ancillary bar is unlikely to cause an unacceptable level of disturb-ance to, or loss of amenity to occupiers of surrounding premises.”

Local historians Dick Weindling and Marianne Colloms said in a biography of the pub that it was “not possible” to trace it back to 1444 in the records but a recorded alcohol licence can be found in 1721.

The rebuild in 1890 took eight months, he said, and led to much local interest. “300 people crowded in to watch a special billiards match between the famous players Hughie McNeill and William Spiller,” wrote the historians.

He also recounted the life of 1905 landlord Charles Jenkins, who was also a Welsh cycling champion and a travelling theatrical hypnotist.