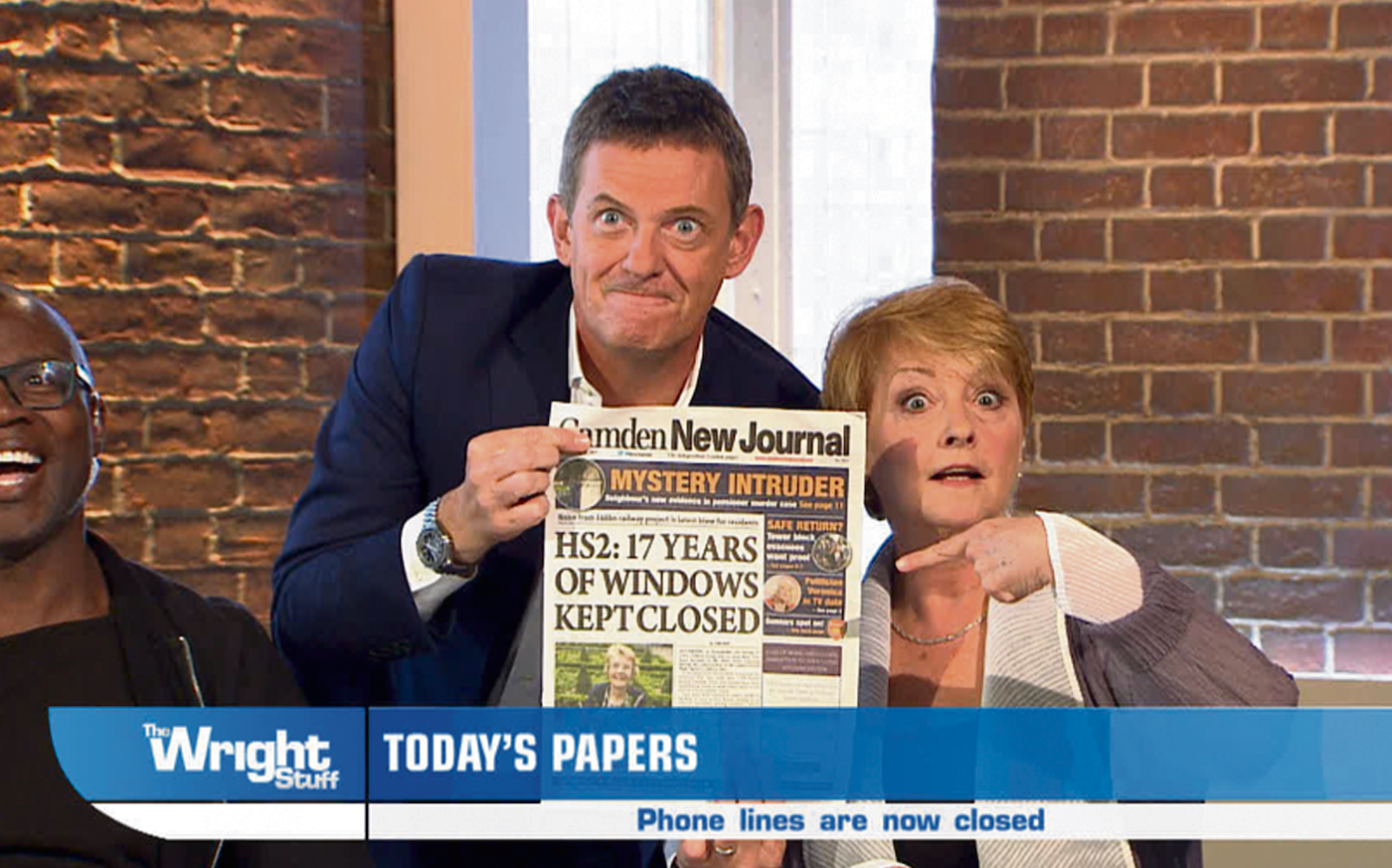 OVER the years, the New Journal’s photographers have caught many famous faces with their nose deep in a copy of the newspaper. Dame Judi Dench, Sir David Attenborough, Ray Davies and many more have all been spotted with their favourite weekly read.

But one celebrity took the theme up a notch on Friday when he stopped his live TV show to pose with a copy of last week’s edition. Debate show host Matthew Wright made a direct appeal on The Wright Stuff to be on the front page of this week’s edition, after telling his national TV audience how impressed he was with the CNJ. We hope page 2 will be good enough for the Primrose Hill resident and avid reader.

Our front-page story about residents being advised they will have to keep their windows closed during 17 years of construction work on HS2 had muscled in on the show’s morning newspaper review. Regular guest Anne Diamond commiserated over what a horrifying prospect it was for all of those affected. “I’m hoping if we hold the photo together like this,” said Mr Wright, after bounding across the set, “we might get on the front of the Camden New Journal next time.” 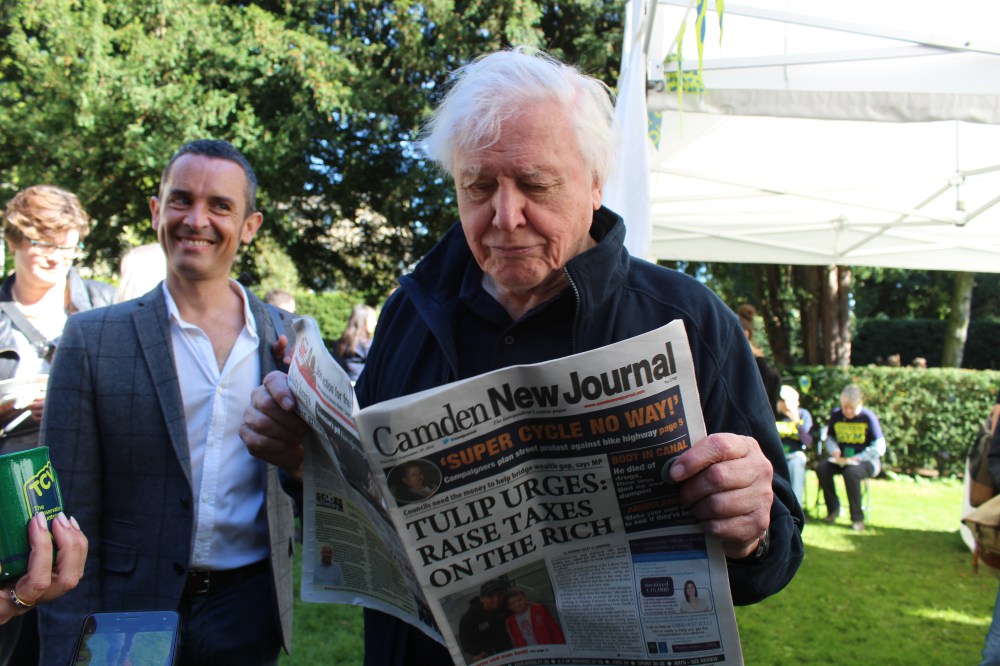 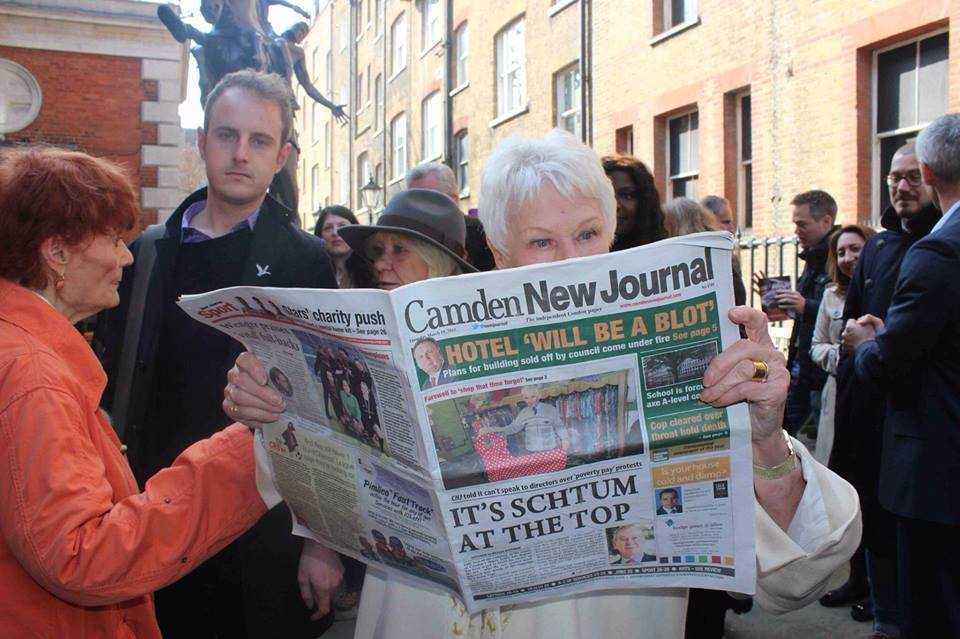 Panelists rugby legend Martin Offiah and TV presenter Anthea Turner chortled as Ms Diamond and Mr Wright made their bid for page 1. The host told viewers: “I had to bring this in because it’s a cracking paper the Camden New Journal. In the mainstream media with HS2 it’s just about the headlines, it’s the money, the route, the grumbles of people. But this [the CNJ] opens the door to the fine detail – because this shows it is a blight not just on property values, but on people’s lives, thousands of people’s lives for a generation.”