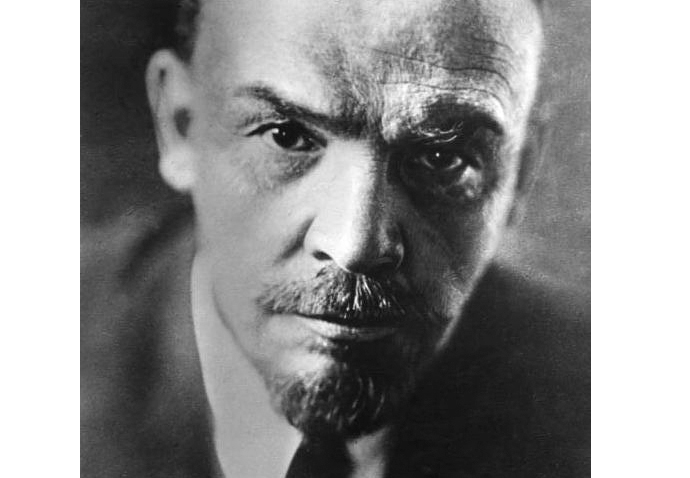 While in exile, Lenin lived at 30 Holford Square, off King’s Cross Road

ON the 100th anniversary of the Russian Revolution it is timely to recall the times its leader, Lenin, spent in exile in Camden.

He and his wife, Nadya Krupskaya, lived from April 1902 to May 1903, in two unfurnished rooms at 30 Holford Square, off King’s Cross Road.

And “unfurnished” it literally was, not even curtains were supplied. We know this because their landlady, Mrs Yeo, insisted they buy some to screen them from the view of passers-by. This was because she had noticed Nadya was not wearing a wedding ring, and she did not want the neighbours to think she was allowing a couple to “live in sin” under her roof. It had taken some effort to persuade her that they were in fact married.

Lenin’s daily routine was to walk from Holford Square to a Russian commune in Sidmouth Street, off Grays Inn Road, where he met with fellow editors of Iskra (meaning “Spark”).

This was the underground journal smuggled into Russia to explain Marxist ideas, expose the savagery of the Tsarist autocracy, and organise workers in a political party to overthrow it and build socialism. It was while writing for this that Vladimir Ilich Ulyanov adopted the name of Lenin, possibly based on the River Lena. This was the most famous of 160 aliases he used in total.

The Sidmouth Street site consisted of five rooms over two floors, and was rather disapproved of by Lenin, who described it as having the “disorder of the den”. 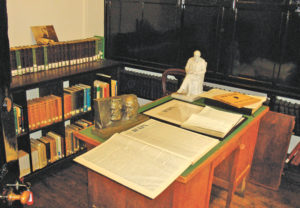 One visitor to the commune was Ivan Babushkin, a worker from St Petersburg just escaped from prison, who tidied up the rooms, complaining “Russian intellectuals” were untidy and needed servants. On his return he was captured and shot over an open grave in Siberia.

From the commune Lenin would make his way down Grays Inn Road and over to Iskra’s printers, Twentieth Century Press, at 37a Clerkenwell Green. This is now the Marx Memorial Library and is just on the Islington side of the Camden border with Farringdon Road.

His desk there with a copy of Iskra on it in this room can still be viewed, along with maps showing the routes to smuggle the paper into Russia.

From the printers he would make his way via Theobalds Road to the British Museum in Great Russell Street, Bloomsbury, to research his critiques of capitalism. He got his reader’s ticket under the alius of Dr Jacob Richter and made full use of it.

There was a knock on Lenin’s door in Holford Square early one morning at the beginning of October 1902. It was Trotsky, who had just escaped from Siberia. They quickly became friends and visited tourist spots together. When they were walking past the Houses of Parliament, Lenin said to Trotsky: “That is their famous parliament.” By “their” he meant the ruling class, wrote Trotsky later.

During one of many visits to Speakers’ Corner in Hyde Park, Lenin was impressed by Bernard Shaw addressing the crowd. Shaw (a Camden resident and St Pancras vestryman) was a Fabian. Lenin thought that ultimately the Fabians were opportunistic but he got on well with Shaw, and when in power treasured a gift by Shaw of his book Back to Methuselah. Shaw had signed it to “the only European ruler who is displaying the ability, character and knowledge proper to his responsible position”.

When there was a vote by the Iskra editorial board to move from London to Geneva the only vote against was Lenin’s.

But it was only a few months before he was back in London for the Second Congress of the Russian Social-Democratic Labour Party in August 1903 after it had been hounded out of Brussels by the police. 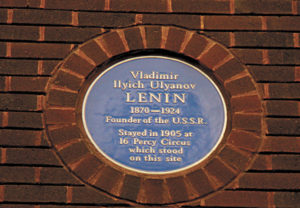 The delegates had a pre-congress meeting in the two attic rooms of party member Nikolai Alexeyev’s at 22 Ampton Street (off Grays Inn Road).

To keep ahead of tsarist agents the congress was held in several different places.

This was the congress which “marked the birth of Bolshevism” in Lenin’s words, when the warring factions ended up being formally named as Bolsheviks (led by Lenin) and Mensheviks.

The Third Congress of the RSDLP took place in London in April and May, 1905 in the throes of the first Russian Revolution.

The delegates were put up at three addresses in Percy Circus (very close to Holford Place where Lenin had lived earlier).

Lenin himself was put up at 16 Percy Circus. A plaque was erected in 1962 to him, but it was pulled down with hardly any notice by a property developer in 1969. It has since been replaced by a new one.

In the evenings delegates met in the Pindar of Wakefield (now renamed the Water Rats) at 328 Grays Inn Road, which had been a favourite since the Second Congress.

“There in the basement, often with pints of beer, the most relaxed, comradely conversations took place, and we often sang Russian songs together,” wrote Nadya.

And it was during this visit that Lenin and Stalin reputedly met underneath the Conspirators’ Clock in The Crown, 43 Clerkenwell Green, just outside Camden in Islington.

In 1907 the Fifth Congress of the RSDLP was thrown out of Copenhagen and reconvened in London.

Lenin and other delegates, including Maxim Gorky, stayed at the Imperial Hotel, at 61-66 Russell Square, Bloomsbury, when it was a lot less posh
than it is now.

In 1908, Lenin stayed for more than a month at what is now 36 Tavistock Place (it was 21 at the time), Bloomsbury, which is still there sandwiched between two guest houses and is adorned by a plaque from the Marchmont Association. This was to research in the British Museum for his book, Materialism and Empirio-Criticism.

Lenin’s last visit to Camden was in November 1911, when he stayed at 6 Oakley Square, off Crowndale Road, near Mornington Crescent, which no longer stands (it was the entrance to the two-storey block part at what is now Nos 50-70). This visit was to read historical pamphlets which were only available in the British Museum.