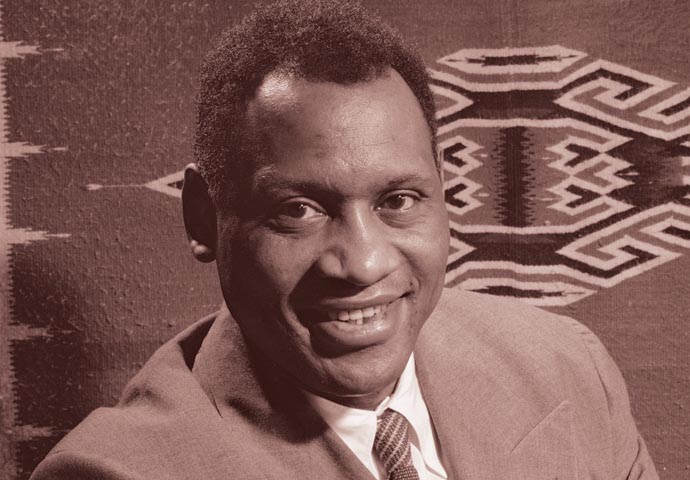 I MUST start by declaring a personal interest: I am mentioned in Jeff Sparrow’s book No Way But This: In Search of Paul Robeson, and quite favourably too. What Sparrow does is tell the story of his personal pilgrimage from his native Australia to places around the world where Paul Robeson visited, while assessing the impact that Robeson’s life continues to have today. In my case, Sparrow had gone to Leeds to watch my play about Robeson, and to interview me.

His Leeds stop was a brief detour from London, where he was just halfway through his journey from Sydney, Australia (where Robeson’s career ended in 1960), via Greensboro and Williamston, North Carolina (where Paul’s father had been enslaved); thence to Princeton, New Jersey (Robeson’s birthplace), and Harlem, New York, where he lived most of his adult life; and then to London and Wales, where his political education began. Sparrow then followed Robeson’s footsteps to Spain, where Paul and his wife Essie went during the Spanish Civil War; and finally to Moscow, scene of many of his triumphs, and a spectacular mental breakdown.

This “ghost story”, as Sparrow calls it, is a travel diary in which he displays impressive powers of description and recall to recount in great detail the conversations he had, the buildings he visited, the streets he walked down and the landscapes he traversed in his quest to understand Robeson’s thoughts, motivations, influences and legacies. In one particularly lyrical passage, he writes: “I was accustomed to towns that sprawled, as white settlers stretched themselves out to occupy newly colonised land. Pontypridd, I realised, huddled. Its pubs and churches and old-fashioned stores were clutched tightly in the valley, in a cosy snugness that left me feeling a long way from home.”

He had been on his way to meet BBC Wales’s Beverley Humphreys, who had organised a Robeson exhibition, talked to school children about what he had stood for, and to now-elderly black Welsh people who fondly remembered being child extras in Robeson film Proud Valley. 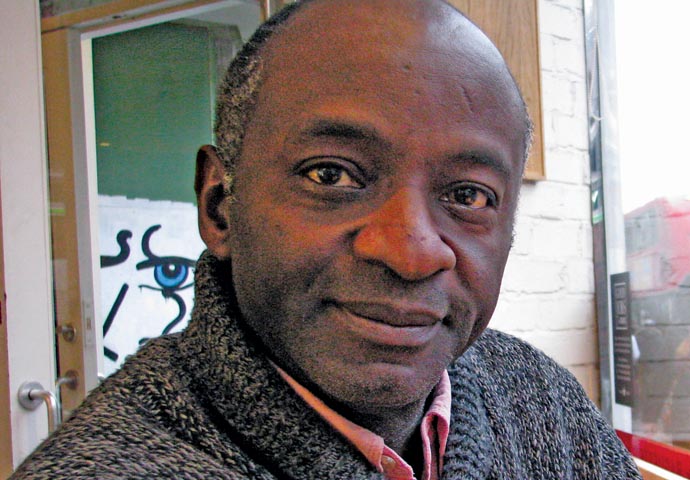 Such personal reflections make this more an exploration of Robeson’s contemporary legacy than a biography. Indeed, no new archival material was used in Sparrow’s research: many existing Robeson biographies were his sources – from Essie’s 1930 book to the one that came out as Sparrow was well into his project: Gerald Horne’s The Artist As Revolutionary. These biographies give the facts of Robeson’s life and were Sparrow’s travel guides as he set off on an itinerary that would allow for some spontaneity in the midst of whatever planning he had done. He describes, for instance, narrowly avoiding being forced to view the corpse of a black activist lying in state in Harlem just because that happened to be where the person that an academic suggested he interview was going that afternoon. The subsequent conversation was about the gentrification of Harlem and of the prison-industrial system, both of which illustrate a damning lack of progress made decades after Robeson.

Sparrow himself attempts critical conversations with Robeson’s ghost, as he questions Paul’s absolute loyalty to the Soviet Communist system. One major detour in his journey was to Siberia, to visit that embodiment of the horrors many experienced under Stalin: a gulag, now a museum, in Perm. There, the guide (whose family were among the victims) photographs Sparrow behind bars before icily noting that those who didn’t want the museum to exist “will approach a time when new repressions will come”.

The Epilogue is an account of Sparrow’s visit to the Graveyard of Fallen Heroes in Moscow. Here, wandering among toppled statues of significant players in the Soviet project whose ideals had attracted Robeson so, he reflects on how far modern Russia, like America and the world, have fallen from those ideals, and how new dictators will always replace old ones unless we remain mindful of those stories (including the inspiring one of Robeson) that the authorities seek to suppress.

This is a book of some quite brilliant writing. It would be a very effective and compelling way of introducing the man to readers not so interested in conventional biographies. The ones Sparrow consulted are listed at the end of the book. “Further reading” is a misleading title for this section, as it is actually a bibliography: a listing of the author’s research sources, many of which had nothing at all to do with Robeson. This is exacerbated by an absence of footnotes and a wholly unsatisfactory references section.

Whether this is laziness on the publisher’s or the author’s part is unclear, but it is as inexcusable as several inaccuracies in the body of the book, starting on the very first page, where Sparrow describes Robeson as standing in a witness box while being questioned by the House Un-American Activities Committee.

There is at least one iconic photograph of him seated behind a desk, flanked by his lawyers, reading glasses in hand, disdainfully addressing his interrogators.

Other confusing examples are mistaking Paul’s brothers for his uncles, or referring to John Quincy Adams writing during the Civil War about his reaction to Othello. My research tells me that Adams died 13 years before hostilities began.

Such gripes aside, I greatly enjoyed this book and admire the way Sparrow casts new light on this towering figure.

• No Way But This: In Search of Paul Robeson. By Jeff Sparrow. Scribe Publications £14.99
• Tayo Aluko is the writer and performer of Call Mr Robeson – A Life, With Songs.