Man sprayed in face during attempted robbery in Bloomsbury

The victim was sprayed with an "unknown substance" 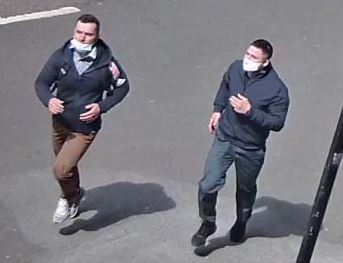 A MAN in his 30s was sprayed in the face with an “unknown substance” during an attempted robbery in Bloomsbury, police have said.

Detectives are now searching for two men they would like to speak to in connection with the crime.

Officers were called to Bloomsbury Square just after 11am on Tuesday, April 13 after the incident.

The victim reported one man had grabbed him from behind while he was walking and sprayed him in the face, then while on the floor a second man claimed he was a police officer.

Both assailants then tried to steal his belongings. 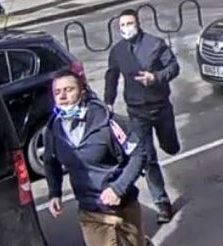 He was taken to hospital but has since been discharged, having suffered minor injuries.

Both men are described as white with short, black hair. One was wearing a dark hoodie or jacket, brown trousers and white trainers. The other is said to be of stocky build wearing a dark blue jacket, blue tracksuit bottoms or jeans and black trainers.

Anyone with information is asked to call the police via 101 and quote reference CAD 2507/13Apr.