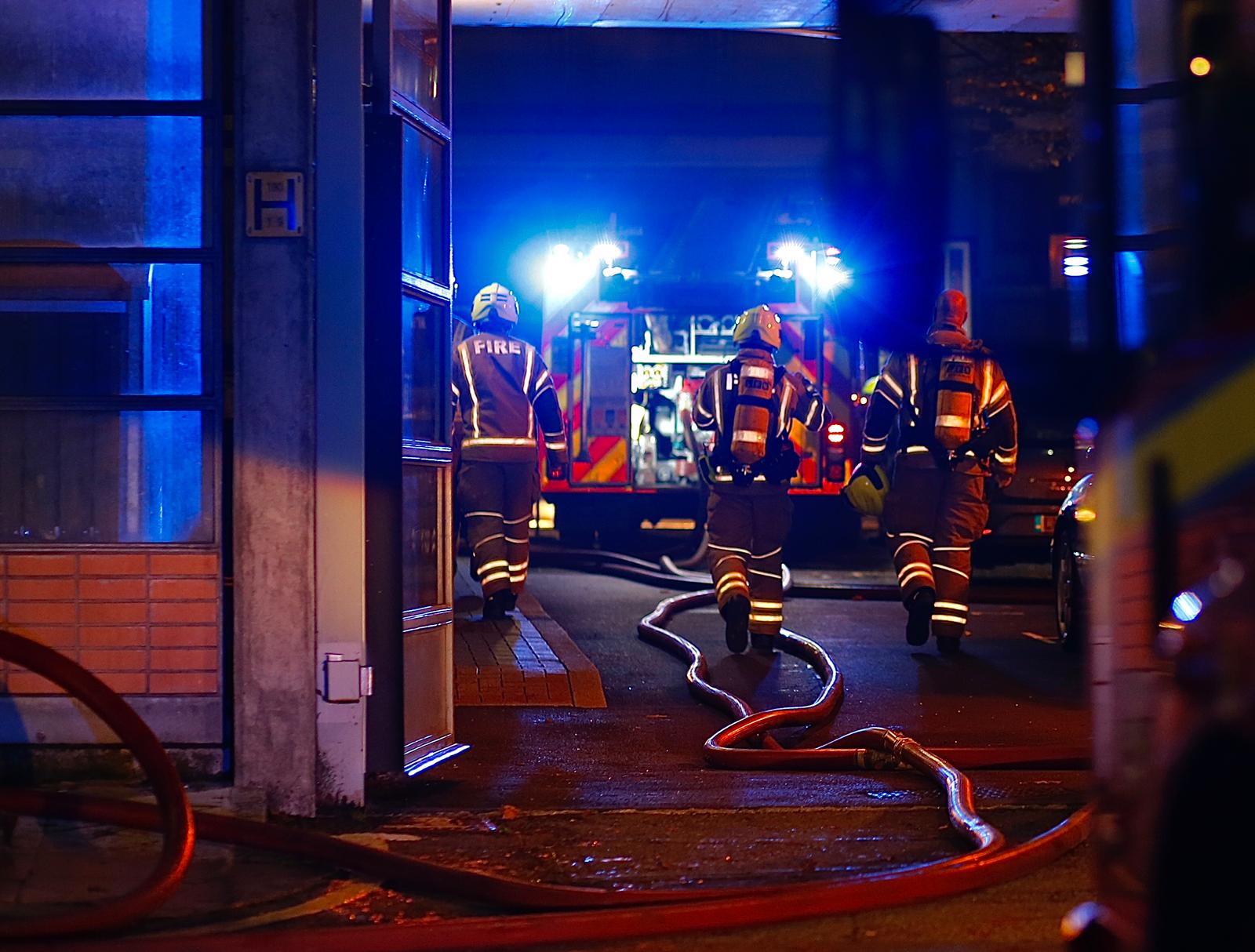 The Brigade at the earlier fire in Birkenhead Street

FIREFIGHTERS have faced two serious blazes in the last 48 hours, with one man pronounced dead after being retrieved from a burning flat.

The London Fire Brigade confirmed there had been a fatality after a fire at a block in Bridgeway Street, close to the Somers Town Community Centre. Crews had been on the scene just before 2am yesterday (Wednesday). The fire took three hours to bring under control. Twenty people had fled from the building.

Station commander Neil Guyett said: “Firefighters found a man lying unconscious in the hallway and brought him out of the building.”

He was taken to hospital but later pronounced dead. The cause of the fire is being investigated.

Earlier on Tuesday evening, tenants were told to leave their homes on the Birkenhead Street estate in King’s Cross. They waited on the pavement while firefighters tackled a blaze in one of the flats. An elderly man was seen being treated by paramedics and the brigade confirmed that he had been “assisted from the flat by a member of the public”.

With smoke visible from some distance away, the brigade received 28 emergency calls. Both the brigade and police are investigating how this fire started.