Making up is hard to do 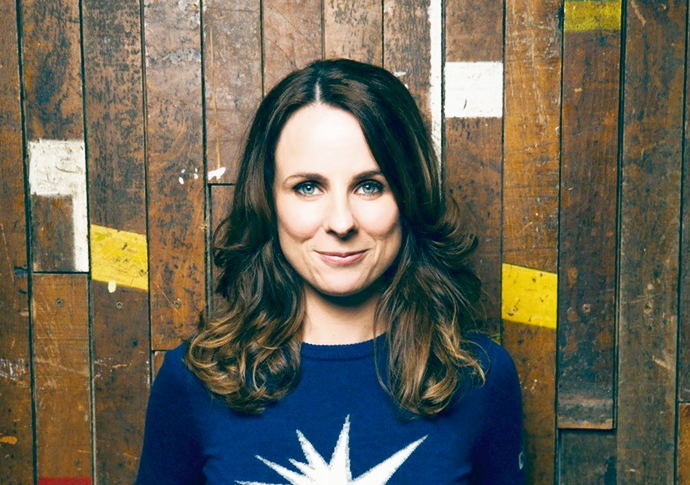 Cariad Lloyd: ‘There is no hierarchy to death’

FROM prancing across a West End stage in full Regency regalia while cracking jokes based on the works of Jane Austen, to presenting an award-winning podcast that deals with death, grief and loss, comedian Cariad Lloyd’s versatility flows through her work.

Now she is set to hit the Open Air Theatre in Regent’s Park with a gang of comics from the Comedy Store for a night of improvisation – joining the likes of Marcus Brigstocke, Neil Mullarkey, Lee Simpson, Andy Smart and Richard Vranch.

Bouncing off others with no set script or planned narrative arc to cling to in front of a full house could be daunting, but Cariad says she knows her sparring partners well enough to counter any potential stage fright.

“What you need to do is pick up things and then run with them,” she says.

“You create things together. You find some of the acts are silly, others are more verbal comedians, or physical. You find something and then go with it. That is the fun of improvisation – it can change each time.”

Cariad is a regular guest at the Comedy Store and has appeared on numerous TV and radio shows such as QI, Have I Got News For You, Peep Show and Eight Out Of Ten Cats Does Countdown.

What she really likes is the uncharted territory she enters when doing improvised comedy, which includes asking the audience for suggestions and topics to play with.

“Anything that stops you in your tracks is really exciting,” she says.

“It is more annoying when you get a topic suggested you’ve had before. For some reason, when you ask the audience for a household object, they always respond with a spatula or whisk – why is that? It is never a Hoover or a fridge. Why a spatula, why a whisk? It is one of the world’s great mysteries. What you want is something different, something unusual. You want something you haven’t heard before, or haven’t thought of.” 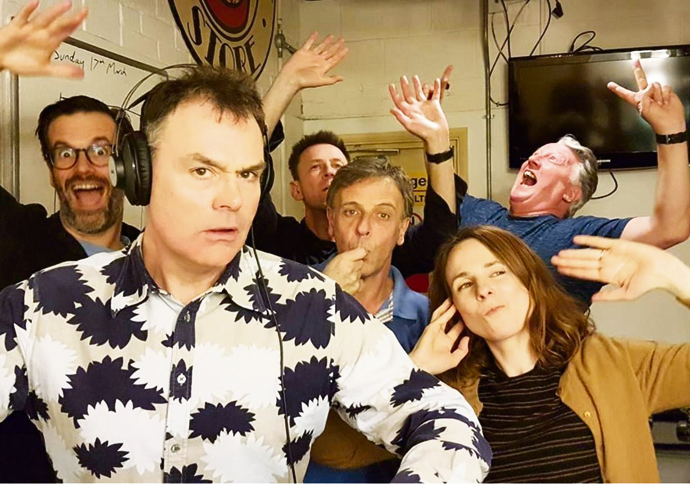 Cariad’s myriad achievements include winning awards for her podcast, which tackles a subject that affects every single one of us – but is one of the greatest taboos.

The recording is called Griefcast, and deals with death, partly prompted by her experience aged 15 of losing her father.

“At the time, I had to talk about this a lot,” she recalls. “I had deep conversations with people – but then the chance to speak about death and grief had gone.

“I decided I’d speak about the experience and record it, and I thought about 10 people would listen. I was pregnant and my daughter was two weeks overdue so I had this bit of time where I wasn’t really doing anything, so I made a recording and put it out there. It got a massive reaction.

“I found people were desperate to talk. I had messages every day saying: ‘I didn’t know other people felt like this’ and ‘how good it is to have these conversations’.”

The podcast has longevity – it is now on episode 86.

“It became apparent to me that we are not very good at talking about this – but we have created a space where people can be truthful about their feelings,” she adds. “And there is no hierachy of grief – people tell us about everything from grandparents to pets, babies, children, friends – a whole spectrum.

“It is important to remember everybody goes through it and we need to have these conversations. If you do, perhaps it can be not so completely awful.”

The podcast has become a community where people feel supported – a knock-on effect from her work.

“People can feel isolated in their grief,” she adds. “But it is OK to be sad. People have stories and I feel we all need to be better at listening to them.

“People think death is so weird and horrible – but you can deal with it with love and kindness.”

On the surface, it may seem a strange contrast to create a podcast that deals with such a strong emotion during the day, and then have punters giggling at night, but it feels a natural fit, she observes. Her theatre show, called Austentatious, is a night of improvised comedy based on the world of Austen.

“Jane Austen’s books are hilarious and it is easy to find comedy in that world,” she says.

“The best thing is the characters. Even if you haven’t read the books, you know Darcy, you know Mrs Bennet. We play it like we are from a neighbouring village to Pride and Prejudice. We perform a lot of mash-up shows – Strictly Come Darcy, Queer Eye For the Regency Guy.”

Austen’s wordplay translates to the modern stage well, she says.

“It is a surprisingly easy work – because it is about human interaction,” she says – a simple concept that is at the root of her comedy and podcast.

• The Comedy Store Players will be at Regent’s Park Open Air Theatre on July 14. For details visit www.openairtheatre.com