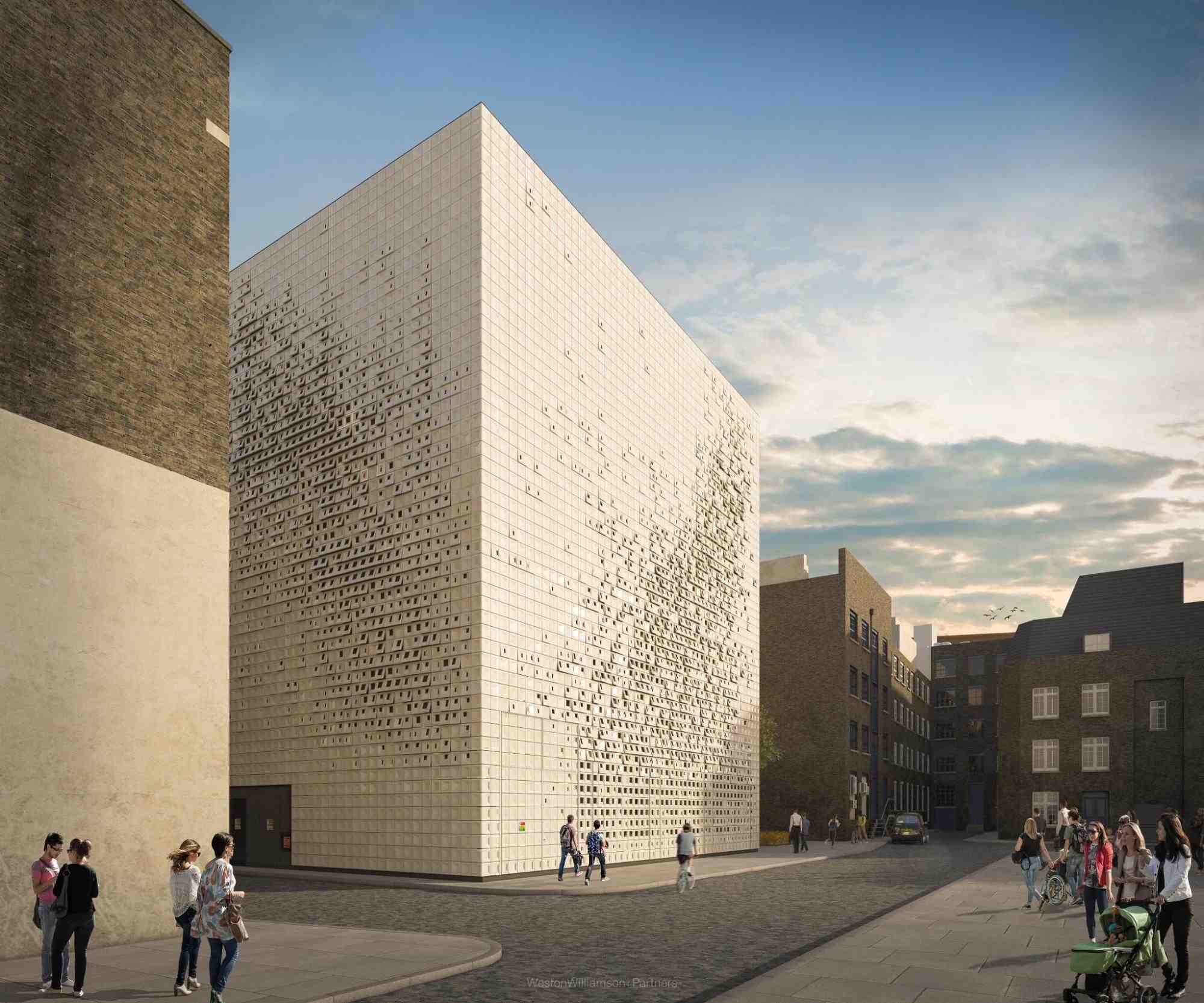 HS2 has won consent from the Town Hall for its first building in Camden, despite protests from magicians.

A  plan to replace eight-storey Wolfson House in Stephenson Way, Euston, with a terracotta tile five-storey vent shaft was approved by councillors at a meeting in Crowndale Centre on Thursday night.

The Magic Circle, which has offices and a theatre venue in Stephenson Way, had warned “open fret work” on the “otherwise bland and non engaging utilitarian and monolithic building” would quickly “become stained and streaked by rain”. It added holes in the facade would provide “ideal entry points for nesting pigeons and or the deposit of litter, or worse”.

The vent shaft – that will host a giant fan blowing air into underground train tunnels – would give the street “a dead-end service road feel” that may encourage “anti social behaviour”, added the objection from the Magic Circle, the country’s premier magic society that has put on shows and events in the purpose built headquarters since 1998.

The unusual design has been compared to a “sugar cube” by HS2 Ltd – the company behind the £100billion railway project – while fans of the Star Trek space series have suggested it looks like a “Borg” alien warship. In the fictional space series the Borg collective, as critics have said of HS2, attempts to force regeneration and goes by the phrase “you will be assimilated, resistance is futile”. 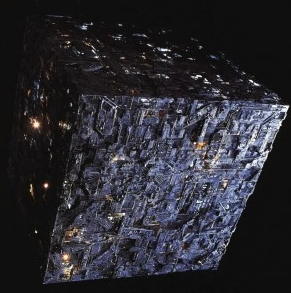 A Borg warship from Star Trek

Planning committee chairwoman Heather Johnson told the meeting on Thursday “it is a monolithic structure, although it might be an interesting monolith”, adding: “We know what it’s like, even when you have the slightest hole people poke their rubbish in. Ward councillors will have to keep an eye on it. It looks to me fairly rubbish proof, but nothing is completely rubbish proof.”

Cllr Oliver Cooper, the leader of Camden Conservatives, told the meeting that “all councillors on this committee think of HS2 Ltd in many ways being unspeakably unreasonable in some of their interactions and actions with the council”. He raised the issue of loss of green spaces, saying the council should make sure the area “around this scheme is greened as much as possible”. The council’s legal advice was that no “green space” could be secured from HS2 because of this application.

Cllr Danny Beales said: “In this constantly changing neighbourhood, we need to be careful about how we present this building. Tiles are great, fantastic – but is this an approachable building? He said he was “disappointed” with HS2 and said conditions about improving lighting the building at night should be imposed. Euston has been transformed in the last two years by HS2, which has bought and knocked down homes and businesses to make way for the railway.

An HS2 official told the meeting that “a vertically mounted fan would drive air into the Underground and through the tunnels”. Meshing would prevent rubbish being poked into holes in the building while the glazed terracotta would not stain, she said.
“The bottom half of the building is for ventilation. There is a vertically mounted fan drives the air into the London Underground system, through the tunnels which serve this building.”

All the councillors except for Lib Dem Cllr Flick Rea voted in favour of the vent shaft, subject to conditions on it being better lit at nighttime. In a statement, Hs2’s Euston Programme director Rob Carr said: “HS2 will transform Euston and more than double the number of seats out of the station during peak hours. The new vent shaft and substation will be one of the first things we build and it’s important we get it right. I’m pleased that Camden has given us the green light and i hope this intriguing, functional and contemporary design will be welcomed by all those who live, work and travel through Euston”

Costain and Skanska (CSjv) are managing the demolition of the building alongside sub-contractors John F Hunt. Hs2 railway works in and around Euston Station are expected to last until 2033.