Magdala murder mystery: Were ‘bullet holes' in Ruth Ellis pub put there with a drill? 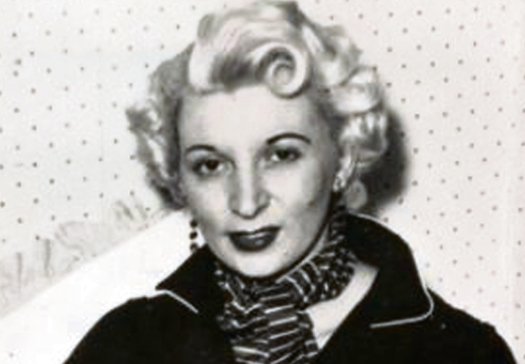 FOR a generation they have been considered a lasting reminder of a murder that rocked the nation, a grisly landmark stared at by thousands of tourists on guided tours as they are told details of how nightclub hostess Ruth Ellis killed her lover more than 60 years ago.

But the often-shared story of the two apparent bullet holes in the side-wall of the Magdala pub in Hampstead may need a re-write amid claims that they were not caused by Ellis’s gun at all – and instead were added years later with a drill!

Ellis achieved the unwanted notoriety of being the last woman to be hanged in Britain, aged 28, after she was given the death penalty for killing her racing driver boyfriend David Blakely outside the pub in South Hill Park in 1955.

Whenever the case appears on crime documentaries or in newspaper reviews, it is more often than not claimed that the holes in the wall are from her bullets.

But actor Neil Titley, who has researched the history of the pub, which closed in 2014, said a former landlady, Mary Watson, had put them there to underline its value to the murder-mystery walking tours across London. 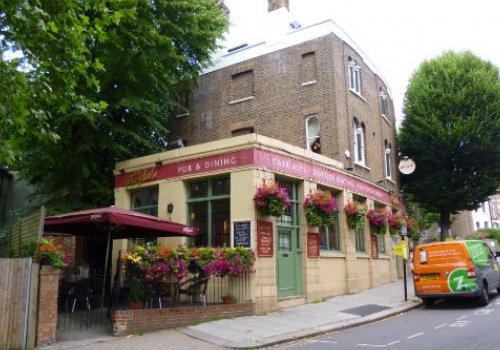 “It was in the 1990s and I remember it well,” he told the New Journal.“I was there. We were having a lock-in and at about 2am the night before a coach-load of Japanese tourists were due to come as part of a visit that took in sights like the scene of Jack the Ripper’s crimes. Mary looked around her and said: ‘This is just a bar, there aren’t even any signs up.’ She turned to her barman, Liam, and told him to go upstairs and get her a drill.”

Mr Titley started a blog to collate people’s memories of the pub as part of his campaign to get it re-opened, explaining how urban myth had developed. Mary, followed by various Magdala drinkers, proceeded to head outside and create the “bullet holes” in the wall, said Mr Titley, adding: “As they say, if facts get in the way of a legend, go with the legend – and that’s what has happened with the Ellis bullet holes at the Magdala.”

The now-elderly Ms Watson’s whereabouts are unknown, but Mr Titley said he had heard she had moved to Ireland.

Ellis gave herself up immediately and confessed to the shooting, but a campaign to give her a pardon has run for several years on the basis that she fired after suffering severe domestic violence and struggling with the effects of “battered woman syndrome” and a recent miscarriage.

The pub was sold in 2014 and briefly re-opened but has been closed for nearly three years.