Who’s been making the news around your way this week? 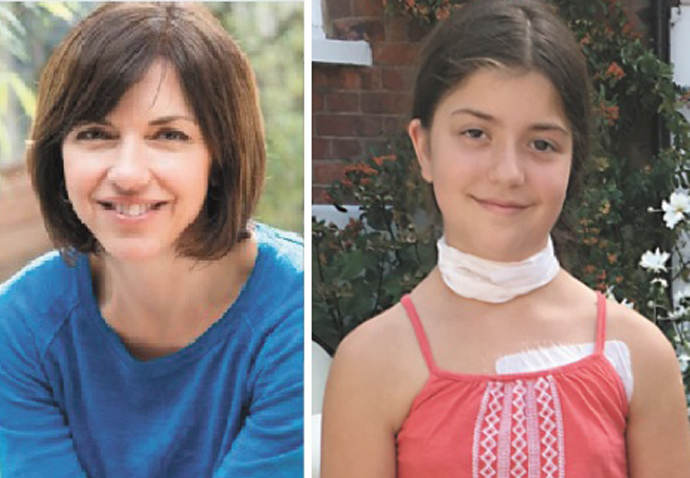 Lucy Searle and her daughter Edie, 10

A MUM is going on a gruelling cycle around South India to raise funds for Whittington Hospital which cares for her daughter. Lucy Searle’s 10-year-old daughter, Edie, was rushed there in 2011 suffering from an inflammation of the brain. While in intensive care there were moments when doctors thought she wouldn’t pull through but Edie survived. She currently suffers from severe epilepsy and is frequently taken to the Whittington’s A&E department. “The care has been great at the hospital,” says Lucy, who works as a journalist. “But when Edie has been rushed there we’ve often sat in a space overlooking the play space. One half is really depressing looking – the other half is really basic.” 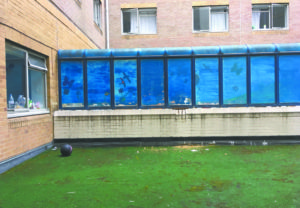 Lucy wants to raise £20,000 to improve the space and create a spot for parents to take a break from the clinical surroundings. “When kids are in hospital their siblings can spend a long time there as well, and a good play space is needed,” says Lucy. She will pay for her travel and accommodation herself, and be accompanied by paediatrician Dr Kerry Robinson, who helps treat Edie. “I was already friends with Kerry before all this happened,” says Lucy. “She was working at Great Ormond Street and later transferred to the Whittington as a consultant paediatrician, specialising in epilepsy.” The two women will cycle 300km around Kerala in March next year. To donate go to: www.justgiving.com/fundraising/whittington-hospital-childrens-play-space 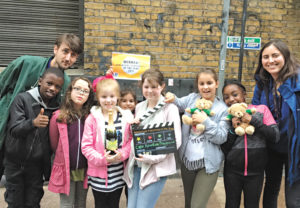 Some of the Cape Adventure Playground crew, celebrating this week. PHOTO: Awesome CIC

AN organisation which runs half of the borough’s adventure playgrounds was celebrating this week after one of their playgrounds was chosen as best in the capital. Cape Adventure Playground in Crouch Hill, which is managed by Awesome CIC, beat dozens of others to be crowned with the top prize. Director of play Rebecca Pryce says: “I’m really chuffed, it was the icing on the cake in the first year of successfully managing six adventure playgrounds. It’s an achievement for the staff.” Children from adventure playgrounds throughout the capital made films about their play space which were shown at the Prince Charles Cinema in Soho last week. Young people from last year’s winning play space, Roman Road Adventure playground in Bow, picked their Islington counterpart’s film as their favourite. Archie, aged 8, who regularly plays at the Cape, says: “It is fun, safe and I like making dens here and I like the ziplines.” The playground won a £500 voucher from an engineering group which specialises in making play structures. Awesome’s other playgrounds scooped further prizes with the adventure playground in Barnard Park deemed “the most inclusive place to play”. Barnard Adventure Playground is currently seek­ing community funding from an insurance com­pany and requires votes to be selected. To cast your vote and to look at other projects bidding for funding go to: www.avivacommunityfund.co.uk 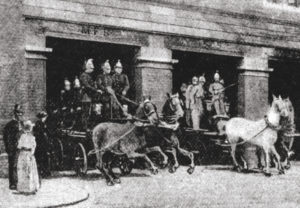 THE 30th anniversary of the King’s Cross fire which killed 31 people is coming up on November 18 and to mark the occasion the Islington Archaeology and History Society will be hosting a talk by the borough’s fire commander. Gary Squires will speak on Wednesday at the Town Hall, starting at 7.30pm. “Last year, London’s fire service celebrated its centenary. Previously, fires in London had been tackled by fire brigades run by insurance companies,” says Christy Lawrence, editor of the journal produced by Islington History Society. “Clerkenwell was home to one of the UK’s first fire stations, which was opened in 1872. The building, which is Grade II-listed, was expanded as the brigade’s needs changed. It was closed in January 2014,” she says. Firefighters from Clerkenwell were among the first on the scene at the King’s Cross fire. Not only will Gary be talking about his own experiences as a fire fighter but will provide advice on how to maintain fire safety at home. To find out more and about future events organised by the history society, go to: www.facebook.com/groups/islingtonhistory