Lucy Popescu’s theatre news: There May Be a Castle; The Snowman; Awakenings; Voila! Europe 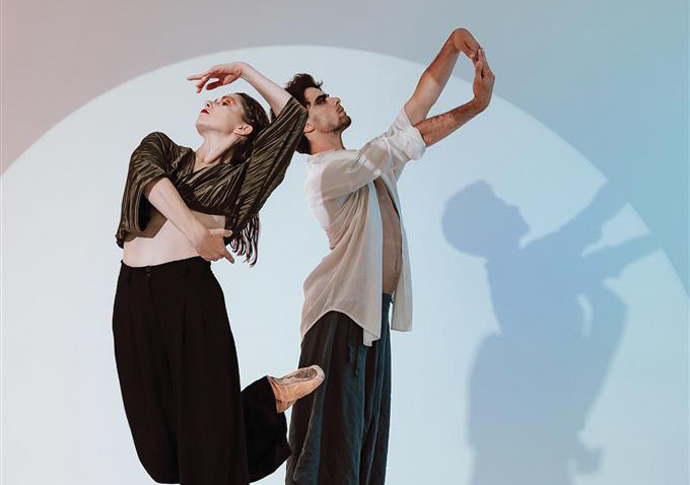 THERE May Be a Castle, based on the book by Piers Torday, is at the Little Angel Theatre from Nov 13-Jan 23. On a frozen Christmas Eve, Mouse Mallory and family are on their way across the snow-white valley to their grandpa’s house. But they never arrive. Instead, Mouse makes friends with a dinosaur who can change size, a sarcastic horse and a tone deaf minstrel who never stops singing! A story about love, loss and the power of the imagination that also deals with death. Aimed at ages 7-11. littleangeltheatre.com

• The Birmingham Rep’s magical adaptation of Raymond Briggs’ much-loved book The Snowman, will be at the Peacock Theatre Nov 20-Jan 2. A captivating mix of dance, live music, storytelling, spectacle and magic The Snowman explores the wintry wonderland of a boy and a snowman who comes to life. sadlerswells.com/whats-on/the-snowman/

• The McNicol Ballet Collective’s Awakenings, a programme of four world premieres choreographed by Andrew McNicol, is at Bloomsbury Theatre from Nov 13-14. mcnicolballetcollective.co.uk

• The Cockpit Theatre’s multilingual theatre festival, Voila! Europe, runs from Nov 15-21. The programme of cross-cultural, cross-disciplinary performance and new European theatre is a must-see for adventurous audiences. The festival is live on stage and online, gathering together a welcoming community of the culturally curious. thecockpit.org.uk/voilafestival

• Exploring the complexities of mental health in young men, masculinity, depression and therapy, Sessions by Ifeyinwa Frederick is at Soho Theatre until Dec 4. Her play interrogates the challenge of opening up and accepting our own vulnerabilities. sohotheatre.com

• Winsome Pinnock’s Mules is at Tower Theatre until Nov 20. Originally commissioned by Clean Break Theatre Company in 1996, it’s about young women who get caught up in the international drug trade as couriers, whether as a means of escaping poverty or to acquire wealth and power in a world where they are excluded. towertheatre.org.uk

• Last chance to catch For Queen and Country at the King’s Head Theatre the true story of Major Denis Rake MC, a theatre actor recruited by Churchill’s Special Operations Executive to spy on the Nazis in occupied Paris during the Second World War. Denis became a drag queen in a Parisian nightclub. Until Nov 15. kingsheadtheatre.com