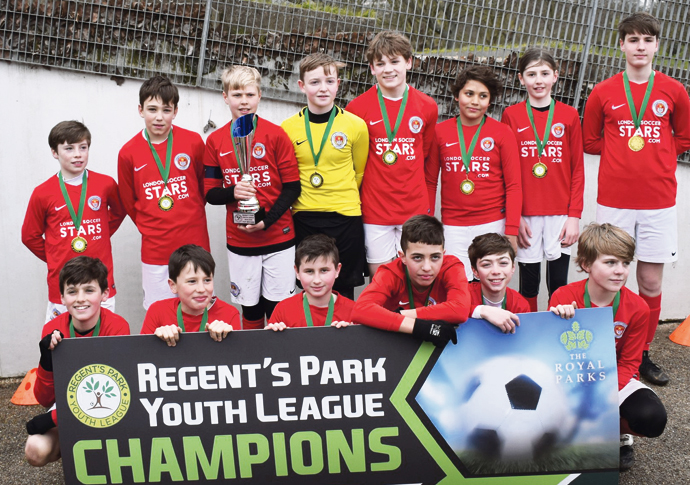 THE goals were shared around as London Soccer Stars (LSS) Red scooped up one of the last pieces of silverware presented in the Regent’s Park Youth League.

Sharp-shooter Francesco Tagliavini bagged a brace as the Islington side won the Under-13s League Cup after beating Just Play in the final weekend of action at Regent’s Park on March 7, before all youth football was halted by the coronavirus outbreak.

Mackenzie Bazell Demetriou, Oscar Henry Cameron, Alexander Anthony and Daniel ­Linehan were also all on target as LSS ran out 6-1 winners over their Highgate-based rivals. 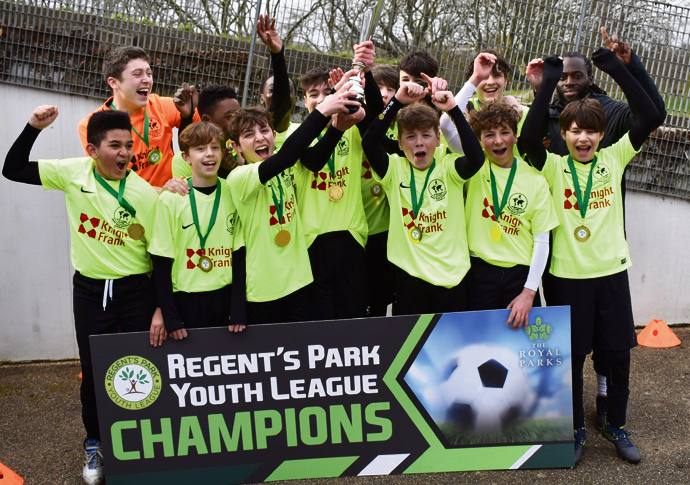 LSS coach AK Miah said: “This is testament to the hard work the players have been putting in throughout the season.

“The players are growing stronger as a collective, which is pleasing for us to see. We would like to take this opportunity to thank the amazing parents for all their support and commitment.”

Among the other teams celebrating a trophy triumph were Primrose Hill, who came from a goal down against The Rockets to earn a 1-1 draw in the Under-9s League Cup final, before showing steel-like composure to then win 4-3 on penalties. 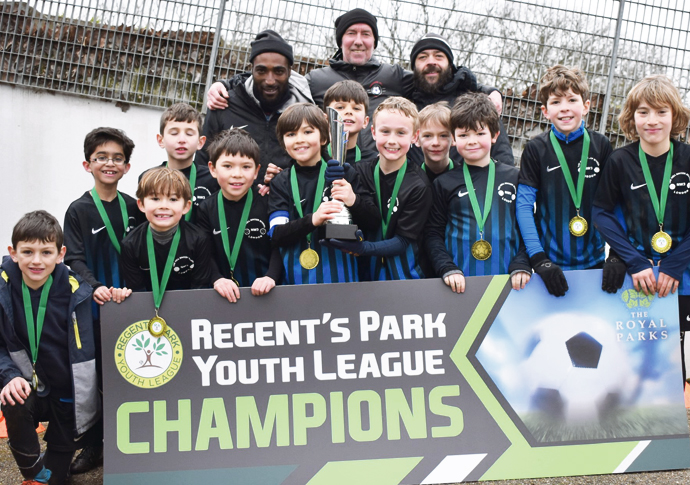 Primrose head coach Cell Hurd said: “The whole club is proud of all the players.

“They showed great resilience and really deserved the win.”

It also took penalties to separate Atlantic Allstars and Soccerskills Academy in the Under-14s League Cup final. The closely fought tie finished 1-1 in normal time, before Allstars won 3-2 from the spot.