London Mini-Marathon runners to get back on track 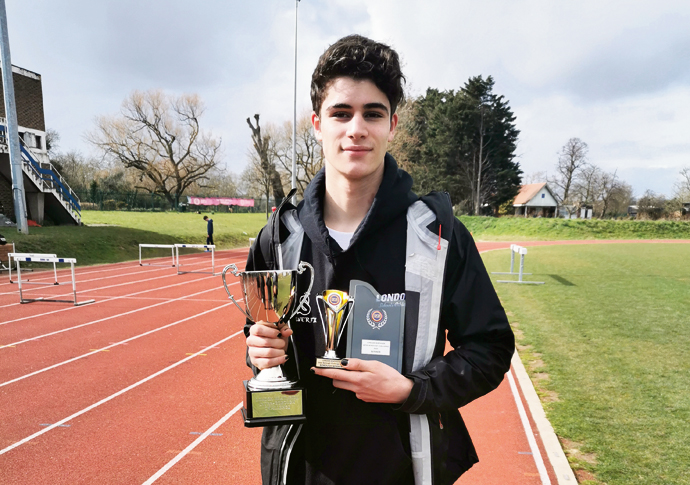 Camden’s Jonah Kramer, 16, in his final Inter Borough outing before he becomes too old to be eligible to compete, won the boys’ Under-17s race

YOUNGSTERS from Camden and Islington will still get the chance to run the London Mini-Marathon’s “famous old route” after being given a new date for the race.

The marathon had been scheduled to take place on Sunday, April 26, but has now been postponed and rearranged for October 4 due to the coronavirus outbreak.

The Mini-Marathon will take place on the same day, with 11 to 17-year-olds tackling the last three miles of the main event, starting at Old Billingsgate Market, and running along the Embankment before finishing at Buckingham Palace and the Mall.

Young athletes from across the capital haven’t had the chance to represent their boroughs since taking part in the Inter Borough Challenge Road Race Trophy, at Finsbury Park early last month.

Then, competing over a 3k course, Camden toppled rival teams from Islington, Hackney, Haringey, Newham and the City of London to win the title for the 18th time in 20 years. The Mini-Marathon, however, is a much grander affair, with thousands of runners taking part from all 32 London boroughs.

Camden’s team manager, Ben Dorsett, who works for the Town Hall’s Sport and Physical Activity Service, said: “All the young people who had qualified to represent Camden later this month will get their chance to race in October. Obviously, in the currant climate, it is extremely difficult to make plans for future sports events, but a date for the London Marathon has been set, and it’s one young athletes from across the capital should be looking forward to.”

Ben said he was “hopeful” competitive events would be back by the end of summer, adding: “It will be great to see young people enjoying sports activities once again.”

At this unpredictable time, however, that remains to be seen.

Already in the past few weeks the London Youth Games, which includes the ParaGames and School Games, has had to cancel a series of finals.

The Games usually culminates in a grand finals weekend at the start of July, where boroughs battle it out for medals in a wide range of disciplines, including football, hockey, archery, fencing and swimming.

In a statement, the Games said: “The safety and well-being of our young people, coaches, officials, volunteers and all attending our events is our priority. I hope that you understand the decision we have taken, and we thank you for your support at what is clearly a very difficult time for many. We will continue to work closely with the London Organising Committee and we will be looking at options to re-schedule at the earliest opportunity.”