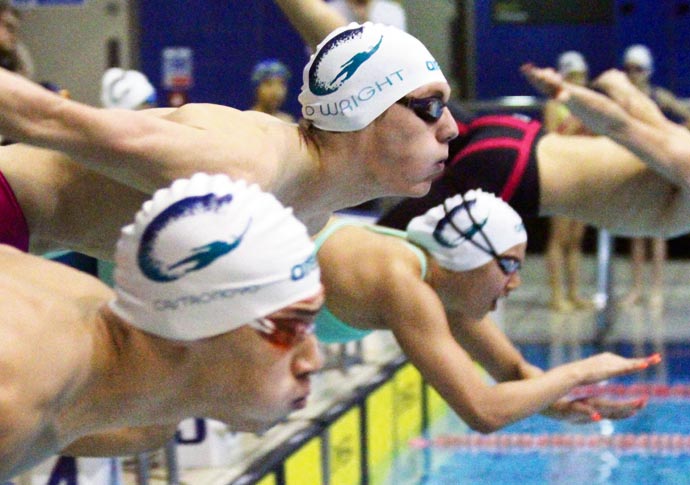 IT’S that time of year when the very best swimmers from across the country should be setting their sights on silverware in Stratford.

But for a number of elite pool performers from Camden Swiss Cottage Swimming Club the dream of competing in next month’s British Championships will remain just that.

A lack of training during the latest pool closures because of the ongoing Covid-19 restrictions has resulted in many of the club’s top athletes opting out of the competition, which is set to be held at the London Aquatics Centre at Queen Elizabeth Olympic Park between April 14 and 18.

It would have been a very difficult decision for anyone to make, especially with the championships also acting as Olympic and Paralympic trials.

Camden Swiss Cottage’s head coach Adam Taylor said: “The British Championships is the highest level of domestic competition on our swimming calendar, it is only open to the very best within the UK.

“They are especially important because they are a selection meet for the Olympic and Paralympic Games in Tokyo.

“Unfortunately the majority of our qualified athletes have been unable to train due to the pandemic, leaving us to look ahead to 2022 and the opportunities that brings with it.”

In the absence of normal competitions over the past year, Swim England unveiled Level X Racing, a new way for clubs to compete from the safety of their home pools. Swimmers were matched up against each other on a national level, taking part in a series of time-trials using all strokes at varying distances. Results were then uploaded to Swim England’s online rankings system. 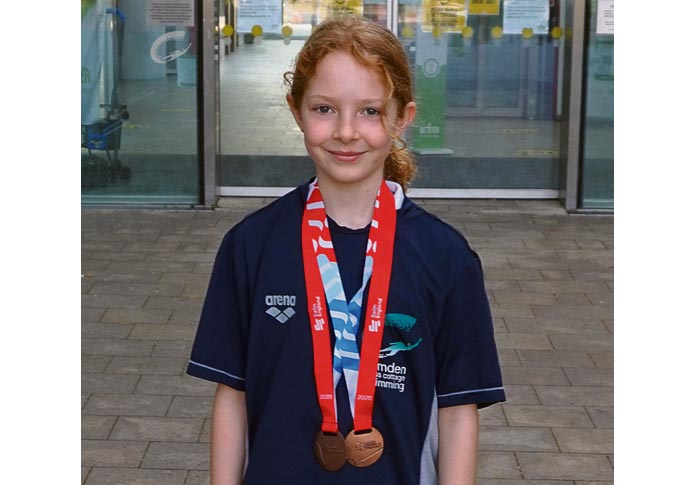 Camden Swiss Cottage’s Level X success was led by Alexandra Nurney, 10, who took home an impressive five medals, including gold in the 50m freestyle, silver medals in the 200m freestyle, 50m breaststroke and 50m butterfly and a bronze in the 100m freestyle.

Also striking gold was Amy Fielding, 10, in the 50m breaststroke and Llewelyn Porter, 12, in the 200m butterfly.

Camden’s youngest medal winner was Jemima da Silva, 9, who won a silver in the 50m butterfly and a bronze medal in the same stroke over 100m. Donatas Dragasius, 16, brought home Camden’s final silver medal in the 200m breaststroke. Not to be left off the podium, Nicholas Finch, 14, enjoyed a bronze medal clean-sweep in the butterfly, finishing third in the 50m, 100m and 200m distances.

Victor Gould, 11, took home two bronze medals for his efforts in the 100m and 200m breaststroke, while there were also third place finishes for Emilia Magliocco, 15, in the 50m backstroke, Ella McEver, 15, in the 400m individual medley and Isabella Thanassoulas, 11, in the 100m freestyle.

“Camden were hugely fortunate to be one of the original pilot clubs for this scheme,” said Taylor. “It enabled us to offer a valuable opportunity to our swimmers to maintain their competitive nature during such a difficult period.”