Lockdown on the edge in Our Truth, Their Lies 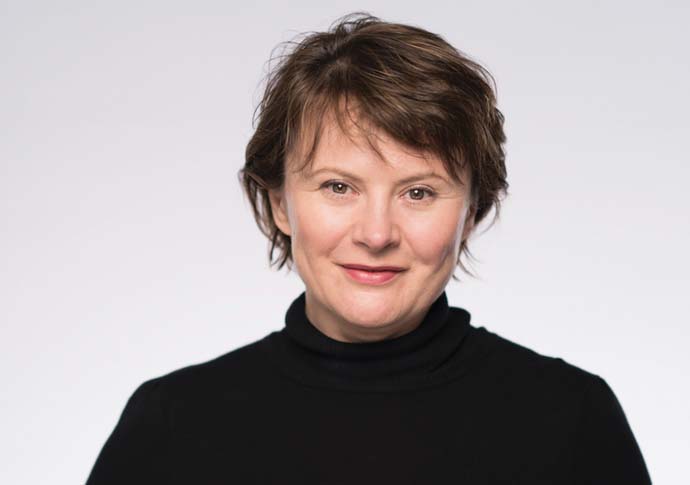 “IT’S the soundtrack of our times: protest, anger, discord. I’m right and that means you must be wrong.”

Set during the ongoing Covid crisis, Hugh Costello’s topical drama brilliantly dissects the alarming increase in conspiracy theories in the UK. Our Truth, Their Lies opens with Michael (Nicholas Murchie) phoning his daughter Louise (Macy Nyman) in New York to let her know that her mild-mannered mother Jen (Monica Dolan) has been arrested after calling for mass civil disobedience during the latest lockdown.

A school teacher, Jen had initially been drawn into this sinister world by her colleague, junior teacher, Luka (Matthew Aubrey). She is persuaded to join a few protests but finds herself seduced by his paranoid beliefs that mobile masts are dangerous, that 5G has played a role in the pandemic, that organised child sex abuse is coordinated by a cabal of global elites and that Covid vaccines are a form of insidious government control.

Luka calls it “a tsunami of depravity” and soon Jen is organising her own actions and following QAnon. Costello suggests that the growing susceptibility of ordinary people to these dangerous false claims stems from a well-founded distrust of politicians and multi-nationals and a genuine uncertainty about who to trust: “Because I don’t know what to believe anymore, I’ll believe whatever the hell I want to believe.”

In this climate it doesn’t take much to tip someone over the edge.

We learn that Jen feels betrayed by Michael – who has harboured a 20-year-old secret – and “disregarded” by her academic daughter Louise, who lives abroad with her wife. After yet another lockdown, this time “without the Blitz spirit”, Jen gets suspended from her school for retweeting an article by a neo-Nazi.

While her family try to make sense of her transformation, things come to a head and Jen and Michael are forced to make the hardest decisions of their lives. A compelling story and flawless performances make this essential listening.