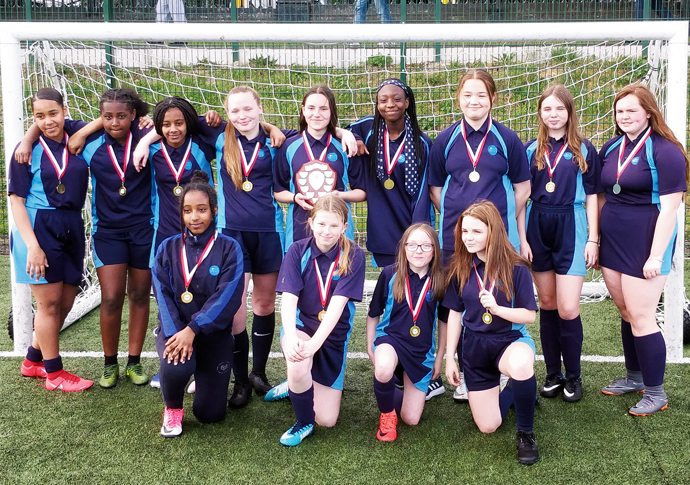 IF any England or Scotland players want last-minute tips on how to win silverware ahead of the Women’s World Cup – which kicks off next Friday – then they should pay a visit to St Mary Magdelene Academy in Islington.

That’s because not one, but two age groups from the school in Liverpool Road have been crowned champions of their local secondary schools league.

More girls than ever before are now playing competitive matches, week in, week out.

Both the Camden and Islington Youth League and the Camden and Regent’s Park League now have divisions dedicated to the girls’ game. And on top of that, individual boroughs are hosting their own competitions, which is where St Mary Magdelene scooped their latest silverware. 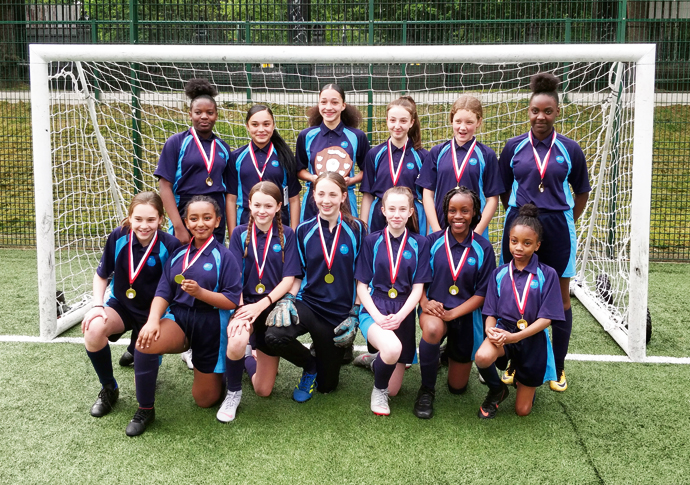 Weeks of hard-fought matches at the artificial pitches in Market Road culminated in St Mary’s seeing off a close challenge from runners-up City of London Academy Highgate Hill to win the Year 7 title – eventually finishing six points clear of their rivals.

The Year 8 and 9 championship chase proved much closer with St Mary’s finishing one point ahead of City of London Highbury Grove.

“We’re hopeful some of these girls will go on to represent Islington at the London Youth Games in July and do well.”

And reflecting on the nail-biting finishing in the Year 8 and 9 category, Mr MacNeill added: “It has been a very tight league throughout, with only six points separating first and fifth place.

“After nearly 30 games, to have just one point between the teams, shows just how close it was.”