Linda Queen, an inspirational teacher with just a dash of showbiz

LINDA Queen, who has died aged 77, was born into a family of actors and inventors and spent a life putting her political beliefs into practice by helping others.

Born in New York in 1943, her mother Ruth was an actress who performed in films and plays under the professional name of Helen Stevens.

Her father Tyrell Gilb was an inventor and engineer: he worked on building the famous baseball ground Candlestick Park and the Golden Gate bridge. He held more than 200 patents, often designing in his back garden workshop. Linda was born with a cleft lip and palette and found learning to speak hard as a child.

It would help her develop a lifelong interest and empathy towards children with physical and learning disabilities, and would inspire her to later use her talents to help thousands of youngsters as she became a leading advocate in the sphere of special educational needs.

When her parents split up, Linda and her two siblings Tom and Wendy moved west with her mother, living for a time in Malibu Beach, next door to Dean Martin. Her mother’s work saw her often on the move – and Linda recalled how they would travel in a canary yellow convertible Cadillac with zebra-skin seats. Family life in California was interrupted by the McCarthy witch hunts.

Her mother was a communist, and as the atmosphere of political persecution increased, they moved to London.

Settling in Hampstead, as a teenager she watched Elton John busk and passed a hat around for him: she would later become part of a trendy set that hung out in Hampstead pubs, along with the likes of Peter O’Toole, the Rolling Stones and Richard Burton.

In the 60s she met and married her first husband, Michael Starkey and they had a daughter, Kirsty.

When their relationship ended, she married business executive David Queen. The couple would live in her Tanza Road flat, overlooking Hampstead Heath and also for a time in Boscastle Road, Dartmouth Park. 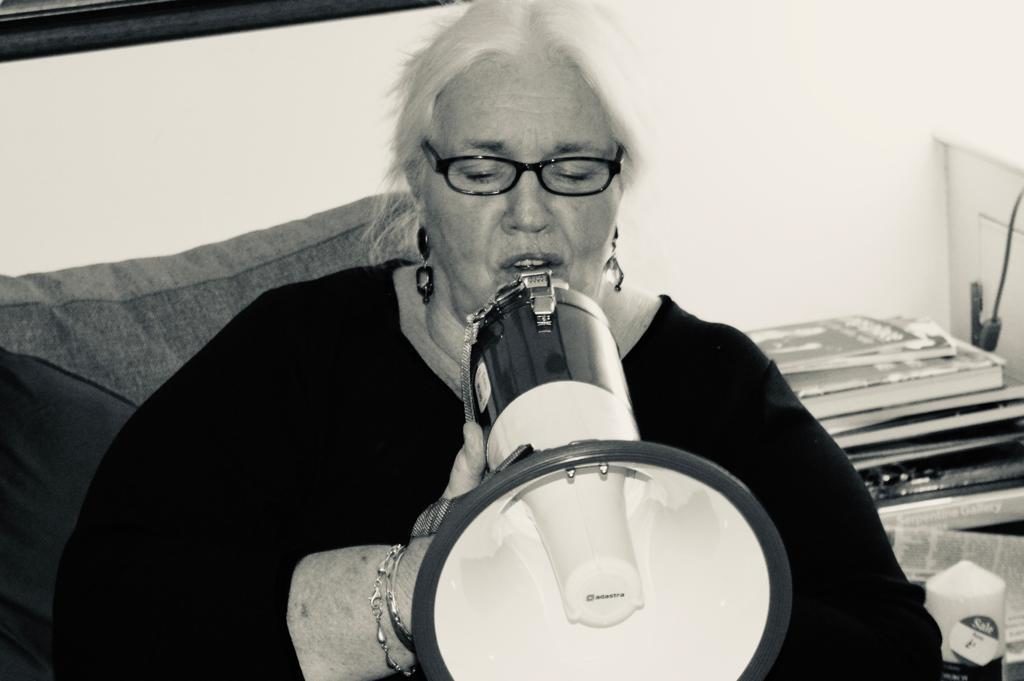 Fascinated by education, she trained as a teacher and taught at Holloway Boys’ School and South Kilburn High School, developing SEN facilities.

Her life changed while she held a post at Edith Neville School in Somers Town.

While on holiday in Norway, she fell over the side of a boat and injured her back.  She crushed her vertebrae and damaged nerves – an agonising injury that meant she had to be signed off work, faced a dangerous operation and then months of recuperation.

It made walking hard, which would have long-lasting effects on her health.

While she could have stayed on the school’s payroll while she recovered, she believed it was an unfair drain on their resources, so handed in her notice. She remained involved in education as a governor at two Camden schools.

Left-wing politics were always close to her heart: she campaigned for the Labour Party and causes such as the Anti-Apartheid Movement and CND. And she loved jazz, with a passion for Fats Waller and George Gershwin.

When not entertaining friends at home, she loved eating at Hampstead’s Italian restaurant Frascati and Curry Paradise in South End Green.

Classic movies from the Golden Age of Hollywood were also enjoyed, harking back to the world she had been born into – while watching Gone With The Wind, she commented that one of the leads had babysat her.

Linda’s work in promoting special educational needs has changed the lives of countless young people – and her many individual acts of kindness to those in need of help was her way of making the world a better place, step by step.

She is survived by her daughter Kirsty, son Sam and four grandchildren Tasha, Harry, George and Sidney.