A new book shines a light on the killing of environmental activist Berta Cáceres. Dan Carrier goes in search of answers 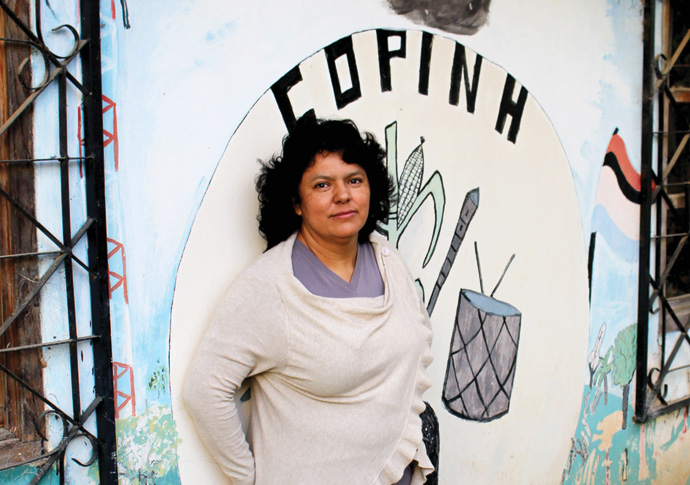 THE murder of environmental activist Berta Cáceres in March 2016 robbed people in Honduras of a voice that commanded respect across the world.

The brazen killing saw masked gunmen enter Berta’s home and shoot her multiple times as she sat in her bedroom.

She had good reason to live in fear – her enemies were powerful and widespread.

Her life, untimely death and the political background to why she was seen to be a threat by the seven men who would later be charged with her murder, is the subject of a new book by journalist Nina Lakhani.

Who Killed Berta Cáceres? recounts Berta’s life, the political landscape that shaped her – and why some wanted her dead.

As Nina writes, Berta had been sent a number of clear warning signs. The forces she faced were an alliance of big business, global banks, the USA, gangsters and politicians. Well-organised, well-funded, violent and ingrained into a culture of operating with impunity, it is a testimony to her bravery that this only steeled her resolve.

Berta had been working on numerous campaigns regarding land rights, civil rights, democracy and the environment in Honduras and elsewhere. She had earned global recognition in the months before she was killed when she was awarded the prestigious Goldman prize (while three years after her death, XR protesters would block Oxford Circus with a pink boat named after her). She had rallied support against a project to build four dams on territory used by the indigenous Lenca community she was part of, and it made her a clear target.

The author worked as a freelance reporter in Central America and is currently based in New York, where she works for the Guardian.

Soon after moving from a career in mental health care into journalism she completed a work placement at the Camden New Journal and then was employed by various nationals including the Independent and Independent on Sunday.

She travelled to Honduras in 2013 to cover the country’s first elections since a coup in 2009 and during this visit she interviewed Berta. She would follow Berta’s progress as she fought a combination of vested economic, political, judicial and military interests, her story of an inspiring political thinker throws light on extreme late stage capitalist cronyism. 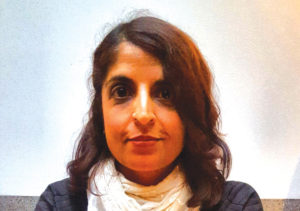 Born in 1971 in La Esperanza, south-west Honduras, the Central and Latin America of Berta’s childhood was one of Cold War politics. Berta’s family were on the left, and they watched closely as conflagrations erupted in Guatemala, El Salvador and Nicaragua.

Her mother’s work as a nurse and midwife also gave Berta first-hand experience of poverty and inequality – her mother would also be elected twice as mayor for their home town. Berta’s education was further developed as a teenager by crossing into El Salvador to play a role in the civil war.

The campaign to stop the building of a new dam upstream of a river relied on by the Lenca communities was typically within Berta’s scope of interests. Nina explains a web of economic interests behind such large projects, and the effects they have on land and people.

In what would be her last interview, Berta explained: “Energy is not just a technical issue. It is a political issue to do with life, territories, sovereignty, and the right to community self-determination.

“We believe this is the moment to profoundly debate capitalism and how energy is part of the domination of indigenous communities and violation of their rights… That’s what Lenca communities like Rio Blanco are living through right now. In this forum we want to explain the impact of capitalism on Honduras, and work out a community proposal on how we are going to fight this battle… to leave the logic of consumerism and privatisation and think about alternative energy as a human right, part of the process of liberation and emancipation.”

The danger Berta faced became very real to the author as she covered environmental issues across Central America. Identified as a journalist, she was warned not to stay in the same hotel two nights in a row. While covering the trial of the seven accused of Berta’s murder, Nina was subjected a concerted campaign to intimidate and discredit her.

A press release shared on social media accused her of being a “violent insurgent” with links to organised crime. Another labelled her a terrorist. She had to change her route and mode of transport to the court house each day.

That such tactics have resulted in such a scholarly yet readable work is the ultimate reply to the thugs.

Nina’s research takes the story of Berta’s life and death and poses larger questions. She considers the power of economic interests to shape foreign policy, the legacy of the United Fruit company, who with the political elites stole million of acres of land and created the Banana republics.

The capitalisation of natural resources previously used (and looked after) by indigenous communities, and how the International Monetary Fund’s role in development/investment projects does not appear to have a high threshold of ethical standards in terms of where loans and grants end up.

The accused also have a cinematic quality in their rottenness: state security officers, employees of the company who owned the dam, and hired guns.

The skewed system Nina describes is not alien. Tax breaks for the rich while state spending falls through the floor encourages similarities to be drawn between the robber barons of central America and those who operate closer to home.

No matter where you are in the world, exploitation by economic elites is the foundation of great wealth.