Licence hike could put us out of business, warn market traders 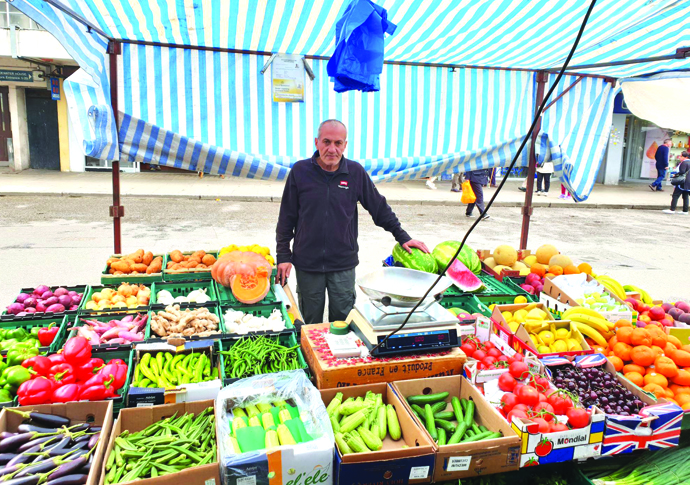 MARKET traders have warned that they could go out of business if plans to raise street trading licences are approved.

The council has unveiled plans to hike fees for traders at six street markets and two farmers’ markets across the borough. The consultation is polling opinion about introducing new charges based on location and whether hot food is being sold.

The council says it makes a £300,000 annual loss from its current market licensing regime and has to make changes.

Nasaf Zenullahi, who has worked in Church Street market for 20 years, said “nobody can afford” the planned increase, adding: “The council doesn’t care about us.”

Many traders in Church Street market shared this view with stall owner Mohammed Azzab adding: “Westminster does not look after its residents.” 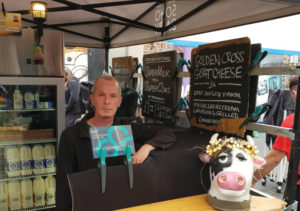 Last year, the council was forced to scrap plans to privatise Berwick Street market, in Soho, following a backlash from over 37,000 signatories including actors Stephen Fry and Joanna Lumley.

Robin Smith, who was part of the campaign, said he knew it would only be a matter of time until the next battle, and that the pressure from the council is “relentless” and “really unsettling”.

Mr Smith, who chairs the Berwick Street Traders’ Society, told the Extra the new proposals were “untimely” because they followed years of demolition works that has decreased footfall.

The campaigner said the money being spent on the consultation should go towards improving the market’s facilities rather than discussing “un-thought-through suggestions”.

Mr Smith said the society was building a legal fund to challenge the proposed changes he believed were “potentially unlawful’.

He also accused the council was promoting itself “like St Lucia” by appealing more to tourists than residents and independent businesses.

Keith Bickel of Soho Dairy, which has been a fixture of Berwick Street market since 2015, called the plans “another form of privatisation”, adding: “I’m not convinced in the medium to long term that [the market] will be here.” 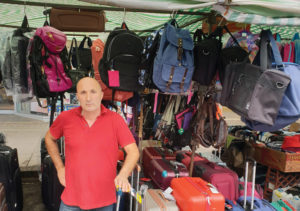 Nasaf Zenullahi has worked at Church Street market for 20 years

Trader Charlie Dale, who owns the coffee stall Flat Cap Victoria, a staple of Strutton Ground market in Pimlico, said that although he hoped the fees were “not too hefty”, he was willing to reserve judgement until after the consultation.

Councillor David Harvey, Cabinet Member for Economic Development, Education and Community said: “We cannot avoid the need to put our finances on a sustainable footing, but we are absolutely committed to a prosperous future for our independent traders.

“We want to keep charges as low as possible and to share costs fairly, ensuring Westminster’s markets remain competitive with others across London.”

The council is holding a series of drop-in sessions to discuss the changes between September 12 and October 16.

• More information can be found at https://openforum.westminster.gov.uk/street-markets

Setting out their stall…

Westminster Council has proposed four options “to initiate discussion around how the increased charges can be structured”.

Option 2: a fee of £20 per day for non-food and fresh produce traders and £25 per day for hot food traders.

Option 4: a staggered increase in fee for all markets: £16 per day Monday to Thursday and £22 Friday and Saturday in year one, then a flat fee of £22 per day in year two.