LGBT+: How Zodiac has become a sign for hope

Bar which suffered homophobic hate goes from strength to strength 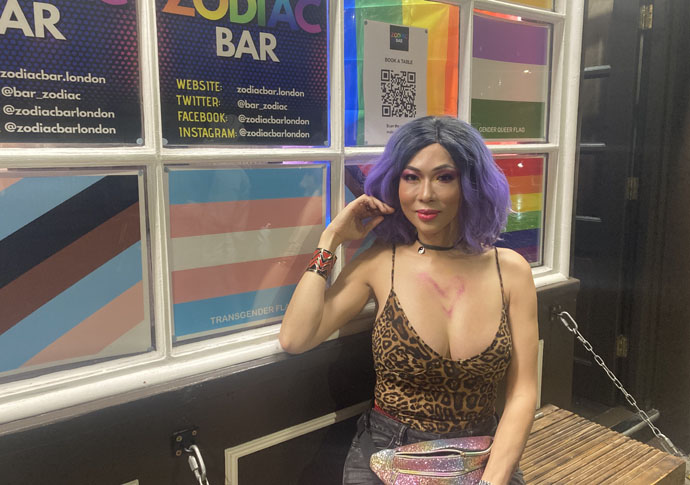 THE owner of an LGBT+ venue has told how there need to be more places where people feel safe and accepted.

Research shows that more than 50 LGBT+ pubs and clubs that have been forced to shut in London in the past 15 years – robbing many of a safe space to go out.

Jade Phoenix, who runs The Zodiac Bar, is aiming to help tackle that problem – as well as giving a stage for new talent.

It started out as a twice weekly event at the Northern Soul Bar and Kitchen in Junction Road.

Before the third lockdown, however, it moved to larger premises after a wide show of support to the Dome near Tufnell Park Station.

It had a seating capacity for over 100 people under social distancing rules.

Now Ms Phoenix is looking forward to opening the Zodiac Bar in an even bigger venue – the location is to be confirmed but it is due to be in Islington – with the same ambitions.

Ms Phoenix said: “Being Asian and trans is very hard. I have found when I have gone to bars I’m not being welcomed properly.

“People are staring at you, because you are trans. Some of them you will feel that they are allergic to you.”

She added: “Some people say trans people are disgusting people, I have heard some terms like that, even in my own community.”

The Tribune spoke to Ms Phoenix as part of Camden and Islington LGBT+ History Month coverage this week.

“I have decided that this is my calling – to have my own place and welcome everyone with open arms and tell them that they are not alone, especially people who are new to London or living alone, they come to Zodiac bar, and a lot of them can make a lot of friends,” she said.

When the Zodiac Bar opened in July last year in Junction Road it was subject to homophobic hate attacks when customers were leaving at the end of the night.

Ms Phoenix said: “After that story came out a lot of people reached out to us saying sorry and offering support. To overcome hate there needs to be an understanding of the community and to educate people in the area. When I was applying to jobs, people didn’t give me a chance. They will judge you about how you look like, they will think you are a pervert.

“Instead of being sad I knew I had to just keep fighting for my life and get the support from the community.

“Now that we are getting our goals to have our own venue, we have our full control and it’s about giving everyone to use the space and giving them a platform.”

She added: “We know that a lot of LGBT venues are closing so there is light after the dark – I am opening a bar that is for everyone who wants to feel safe and be accepted and no one to judge them so they can explore their creativity, whoever they are.”