Let’s all push for the green revolution 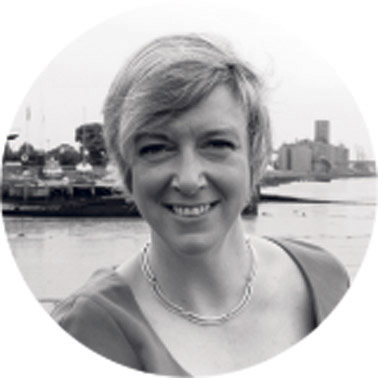 WHEN you think of a “green revolution’, what springs to mind?

While lifestyle changes can undoubtedly help us to move towards a more sustainable future, the thing that’ll really move us forward is the transformation of the places we live: and that means new skilled, green, jobs.

I know what you’re thinking: What are “green jobs”, and how could they possibly be relevant in Camden?

They sound, on paper, like they’d involve working in a seedling nursery or turning cow pats into foul-smelling energy far, far, away.

In reality green jobs are almost better placed in urban areas like ours because they deal with looking at ways in which we can reduce emissions and increase productivity sustainably within existing industries.

Expanding the number of green training and employment opportunities is one of the most practical ways to improve our local communities and environment.

Camden is home to the third highest number of businesses in the United Kingdom (after Westminster and Birmingham), with nearly 37,000 companies listed in the borough.

According to the council’s latest business and employment bulletin, Camden specialises in highly skilled parts of the economy like law and advertising. But there is also thriving retail, construction and education sectors.

So what would a push towards being more climate-friendly do to these jobs?

Research by the Place Based Climate Action Network has revealed that there are nearly 29,000 workers in Camden who already have the skills needed to reach net zero.

According to the Camden business and employment bulletin, 382,000 jobs are located in the borough; 8 per cent of those could be green – and that’s just the start.

Let’s take construction, as an example. We need builders, architects, land surveyors and consultants to decarbonise our existing homes and buildings and make sure new ones are suited to clean and renewable heat and power.

A push towards green employment could also mean taking on apprentices to work on housing construction projects in the borough to build homes with high levels of insulation (reducing fuel poverty and carbon emissions).

Everyone from the drawing board to the digger needs access to greener facilities, opportunities, and technical know-how. The good news is Camden Council has been leading the way.

In Camden green projects have been under way for a while which have both created new jobs and significantly improved the lives of residents.

The Somers Town Heat Network, for example, provides low-carbon heat and hot water to five estates and the Edith Neville School via a district heating network, reducing energy bills and providing people with green employment and training opportunities at the same time.

And next door, in Westminster, a low-carbon roadwork project has saved six tonnes of CO2, compared with a similar sized project using traditional methods.

As well as having access to renewable energy-powered loos, contractors drove HGVs fuelled either on electricity or hydrotreated vegetable oil.

The need for new jobs is as great as it was after the 2008 crash. And, as such, London mayor Sadiq Khan has unveiled plans to support more than 170,000 green jobs in the capital, with those who have lost their jobs during the pandemic being the priority.

His rivals for the office in the May 6 election also promised green jobs; so a political consensus is emerging.

At UK100 we recently commissioned polling by Ipsos Mori which found that there’s a huge appetite for green jobs up and down the UK; a green recovery from the effects of the Covid-19 pandemic is possible, but it has to start with an increase in sustainable employment opportunities.

Camden should be at the vanguard of the green revolution. Let’s all push to make that happen.