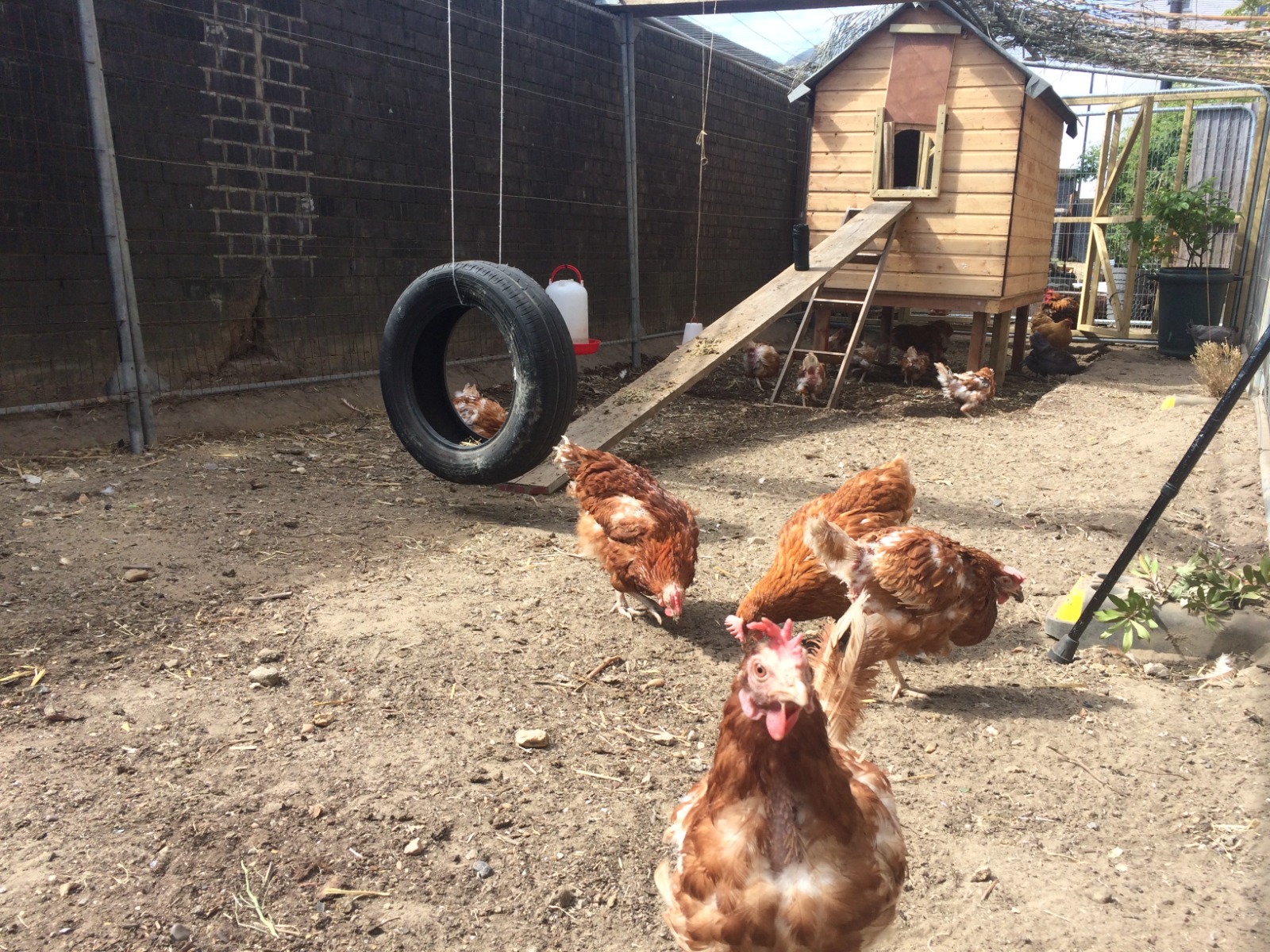 DOZENS of people have signed a petition to save a chicken coop built behind South Hampstead Overground station after neighbours complained about noisy clucking.

A petition to halt the removal of the “Round and About Project” has been signed by 57 residents after landowners, the housing association Notting Hill Genesis, ordered it to be removed by May 7.

It was built by Ali Ama, 28, who last summer cleared away rubble on a strip of wasteland between the station and the housing block in Hilgrove Road where he grew up.

He said the overgrown land was once a special place where he had played happily as a child before life took a turn for the worse and he had found himself sleeping rough.

For most of the pandemic he slept in a tent in the garages under Rowley Way, in the Alexandra and Ainsworth estate – with two chickens for company.

He said: “Depression is a very powerful thing and right at the beginning of Covid, well I was in really a bad way. I remember sitting up at the [South Hampstead] roundabout, having a smoke and a drink and thinking, ‘when was I happy?’.

“And I remembered running around this place, playing cowboys and with animals chasing me.”

Mr Ama asked the station manager if he could do up the land but later discovered the strip was owned by the housing association.

He said: “People round here have come out and helped, and we’ve seen a real change in them. It’s been helpful to so many people especially during lockdown. The kids love it after school. It’s always ‘five more minutes five more minutes’.

“They’ve been learning about where their food comes from. But for me, really, this place – it’s kept me going.” 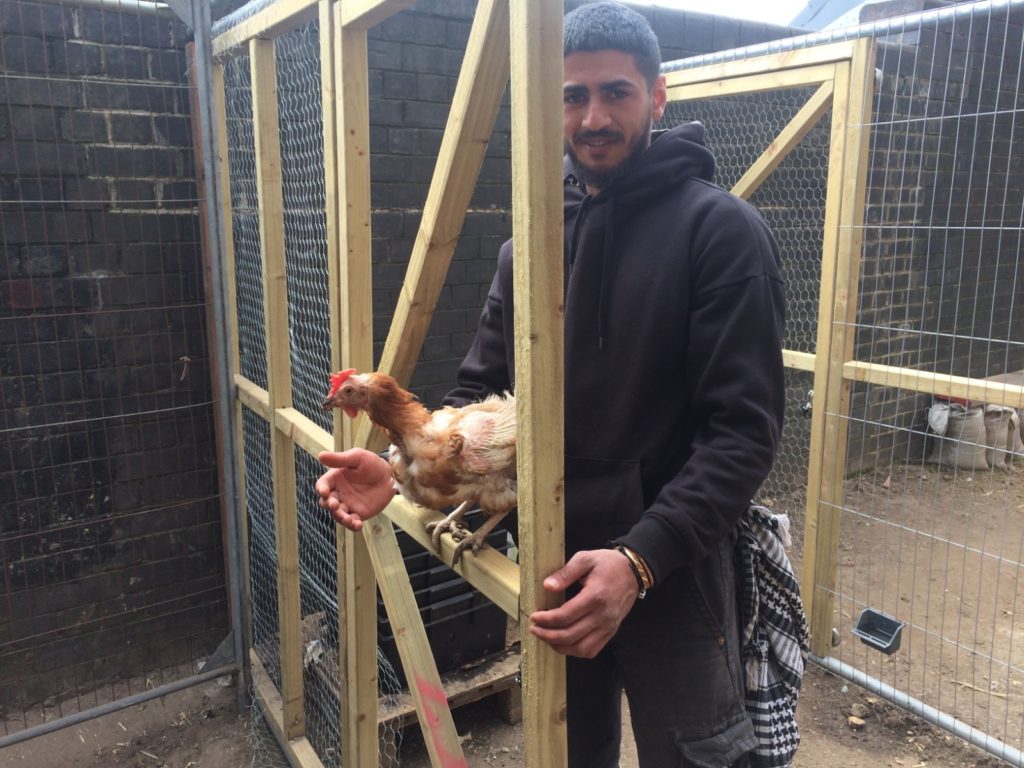 Ali Ama at the coop

But he does not want the coop – which he sees as a therapeutic space – to be lost.

The fenced-off coop includes around 15 rescue chickens with an unusual Gold Laced Orpington cockerel, and some blue-egg-laying Araucana hens.

Mr Ama said: “Chickens don’t make a racket. They are the best. They just huddle up to you – they even snore. In my tent, they kept me warm, because it was cold. I kept them warm, and in return they gave me eggs every day. 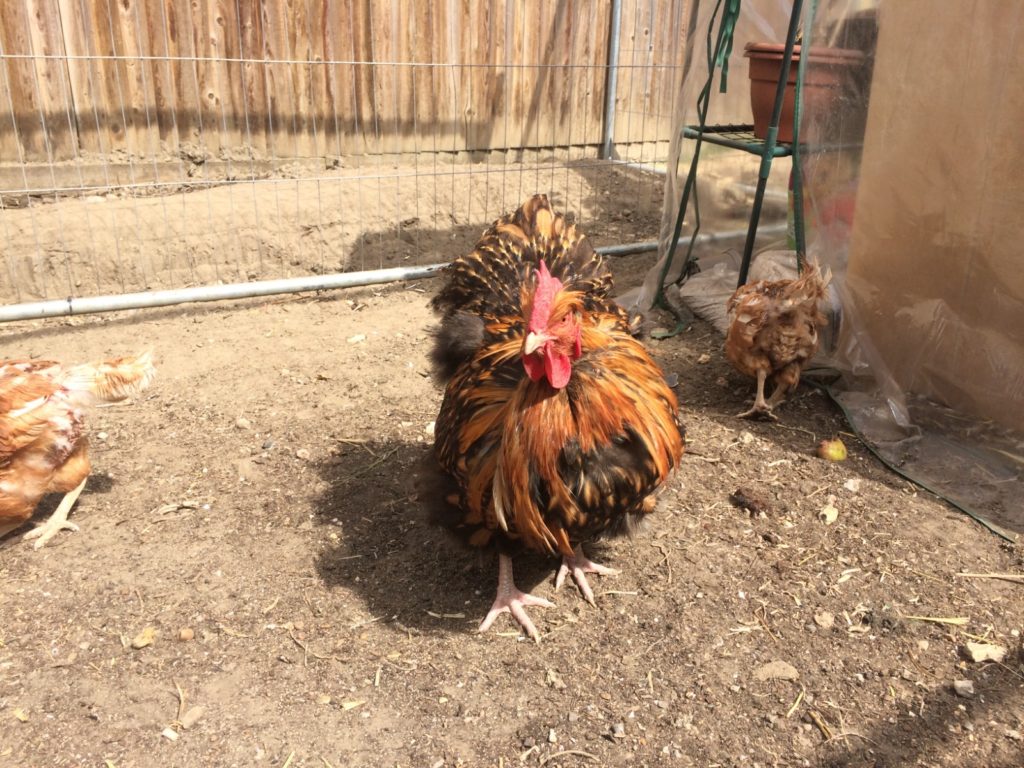 “They were company. I know people round here, but I was shy – I didn’t like to talk about what had been going on in my life.”

But the regular crowing of the cockerel on the Round and About Project has irritated some neighbours, leading to a strongly-worded letter to the housing association demanding the enclosure is removed.

It said the costs of removal would fall on Mr Ama and a friend if it was not removed.

Notting Hill Genesis did not respond to requests for comment.