‘Lend us your roof’ for solar panels plea

Are conservation area rules standing in the way? 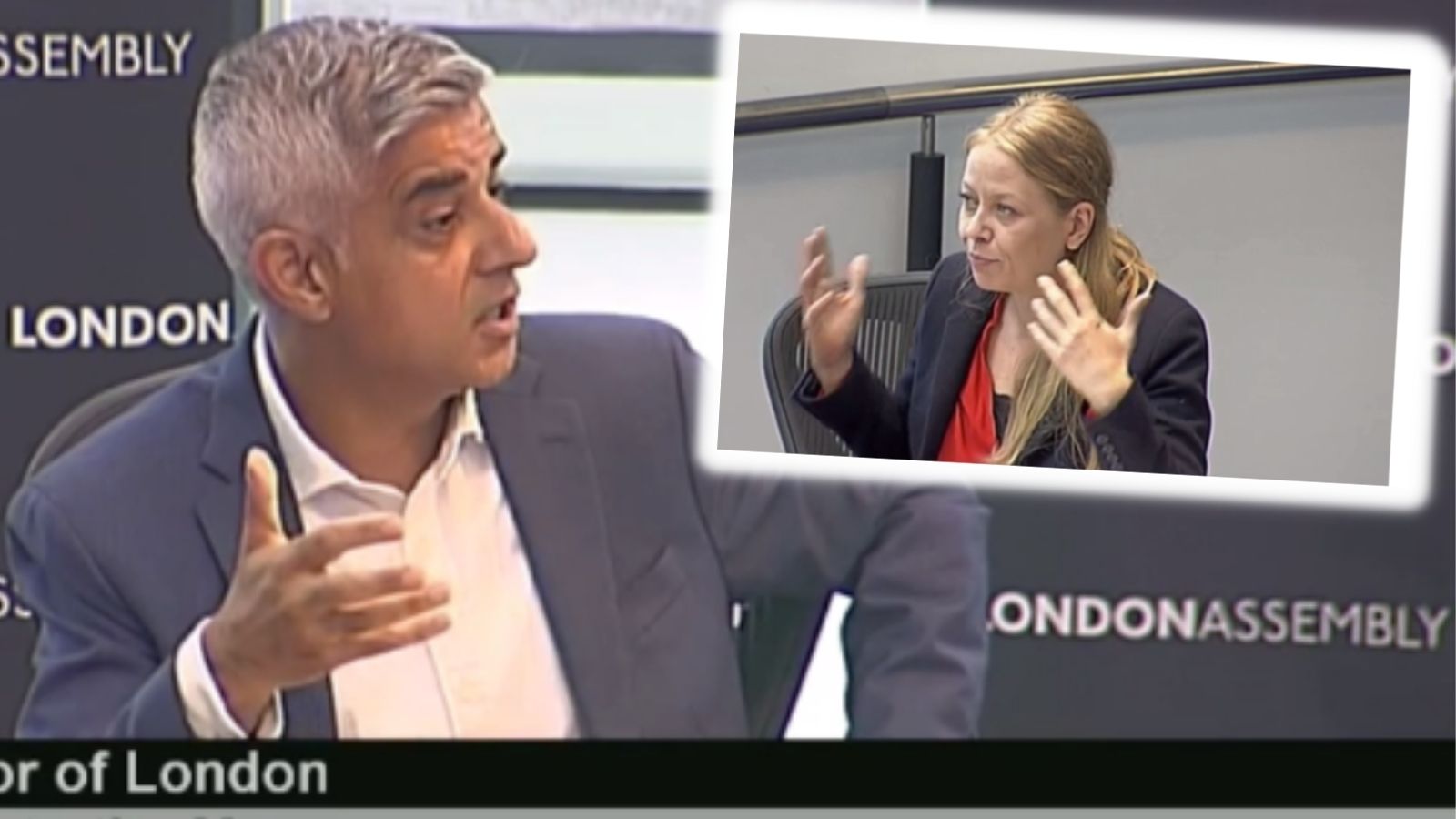 Sadiq Khan was quizzed by Sian Berry at City Hall

OWNERS of older buildings should “lend us your roofs” for solar panels – without being caught up in conservation red tape, City Hall was told on Thursday.

Sian Berry, Camden’s sole Green Party councillor and a London Assembly member, said the equipment did not cause damage, as she urged London Mayor Sadiq Khan to make it easier for people to win planning permission.

She suggested that buildings could have panels installed for periods of 20 years due to the need for more renewable energy sources amid the climate emergency.

Cllr Berry said she had been watching the Sean Bean prison drama Time and seen a drone shot of Runcorn in the north of England which showed a high number of properties with panels.

“I can’t think of anywhere like that in London and statistics show we are the lowest region for solar power installations,” she said.

She said the large number of conservation areas meant the planning system could be a hurdle.

WATCH: the exchange between Mr Khan and Cllr Berry

“There can be an idea that solar panels are some kind of blot on the landscape and some genuine opposition,” Cllr Berry said.

“I think it’s time to change the narrative, generate more demand, get people won over to how great and hopeful solar panels really look.”

She asked Mr Khan for a city-wide campaign promoting solar panels during the regular Mayor’s Questions slot at the London Assembly.

He volunteered to meet with Cllr Berry to discuss possible options.

“If this [being mayor] was me, I’d call it ‘lend us your roof’ because the thing is: solar panels do not cause any permanent damage,” said Cllr Berry.

“We’re right to be cherishing buildings that are 100, 200 years old, but I think they could donate themselves for a couple of decades to this emergency.

“I think a campaign to get whole streets, whole communities to lend their roofs to this emergency would be a brilliant thing.”

Mr Khan said “the economies of scale mean the more people who want to take up solar panels, the cheaper it is.”

He told the meeting: “Approximately 14 per cent of London’s residential buildings are in conservation areas. heritage and conservation considerations are not necessarily a barrier to installing solar PV [photovoltaic], but they can be a factor in decision-making.”

Some councils had removed “permitted development rights” for the panels, he said, which meant property owners could struggle to get quick consent to install them.

In Cllr Berry’s own ward of Highgate, panels were installed on the top of St Anne’s Church. A similar plan for St Mary’s Church in Primrose Hill, however, was delayed by planning refusal.