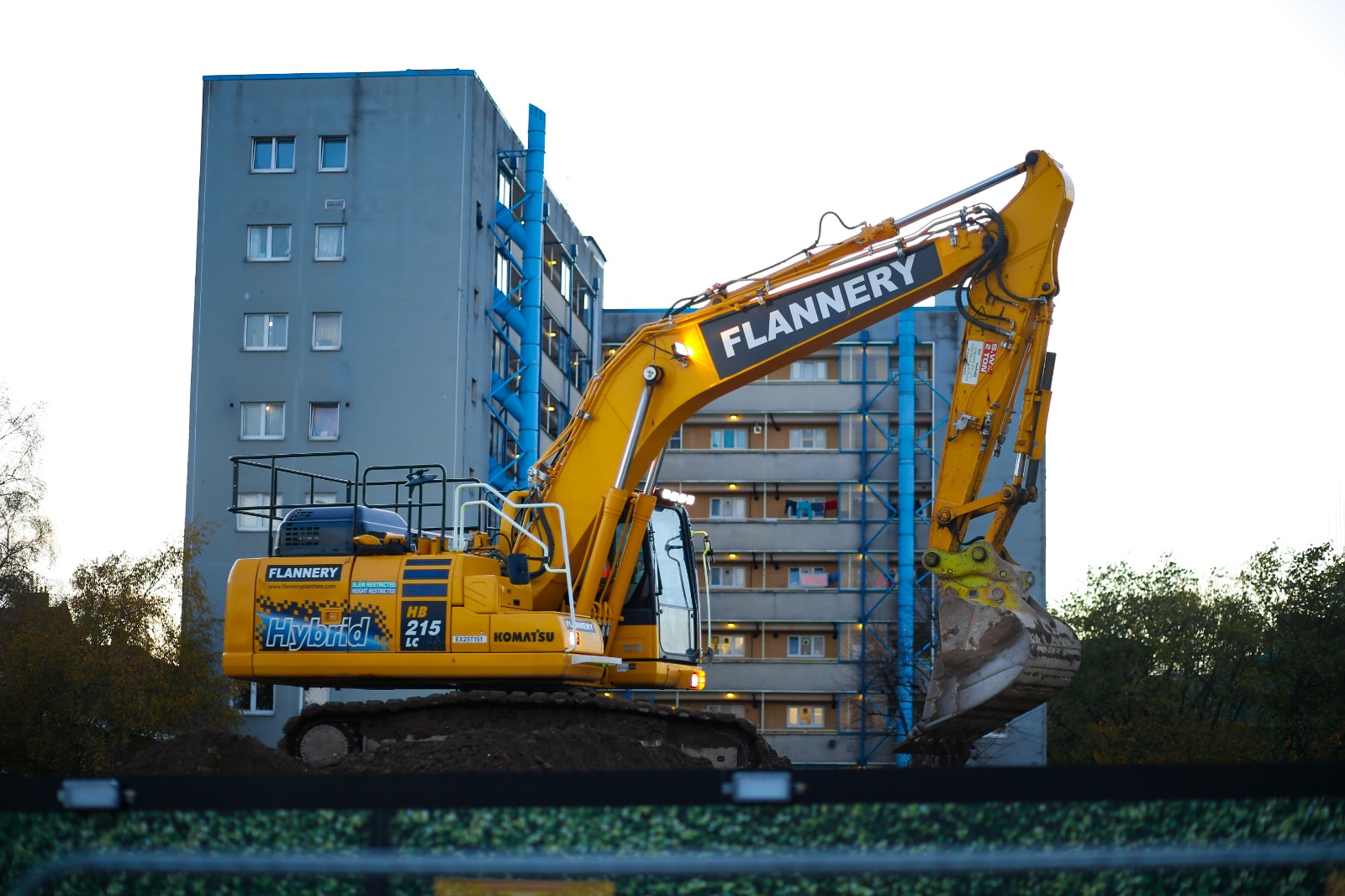 DOZENS of tenants have moved out of council blocks after HS2 works made them “virtually uninhabitable” – but a handful of leaseholders are stuck there with no chance of leaving.

Almost all council tenants in Cartmel, Coniston and Langdale in Regent’s Park estate have taken advantage of a massive housing points boost introduced by the council last summer that allowed them to escape extreme construction noise and pollution from the £106billion railway construction around Euston.

But those who bought homes under Right to Buy say they cannot sell their homes and are being offered no compensation.

Margaret Haines, 65, said: “Camden is claiming poverty saying HS2 won’t fund buying our properties. We can’t sell our properties. You can’t even get it valued now. We have been left behind with no possibility of moving.”

The council launched the Rehousing Scheme after the New Journal raised concern of residents about heavy “piling” works during the first lockdown.

The Town Hall tried to get HS2 Ltd to agree to buy all the homes in the blocks – in the same way that they did in Silverdale, Ainsdale and Eskdale – but these talks broke down.

After the deal collapsed, council tenants were offered 630 extra points – a huge boost that allowed them to jump to the top of the housing queue and bid for vacant homes elsewhere.

Most have since moved into new build blocks on the other side of the estate, close to Regent’s Park.

Leaseholders are now in an unenviable position of being unable to sell their homes at all during the HS2 works, which are expected to last at least 10 years.

There are thought to be 12 leaseholders in Cartmel – a block of 67 flats.

Ms Haines, who works at London Zoo, said: “If you look round Cartmel, there are already entire balconies where there is obviously now no one in them. We’re worried about the increase in crime, people sleeping on the stairs, boarded up windows and doors – and everything else. People have had it.”

Ms Haines and other residents are convinced that there is a secret plan to pull the blocks down but this is not being made public because it would lead to automatic compensation for leaseholders.

They are also asking questions about why large new blocks built on the former Dick Collins Hall and Victory pub sites, on the other side of the estate, remain fenced off and empty, two years after they were built.

Ms Haines said: “A huge amount of these new homes are empty and no one can understand why. If they have spare properties, why can’t they decant leaseholders – I don’t know whether they can legally?”

Ms Haines said she now regretted buying her home under Right to Buy – a policy inaugurated by the Thatcher Conservative government in the 1980s.

She said: “It was a way onto the housing ladder, and if you lived and worked here you weren’t thinking of moving it seemed like a good idea. It was supposed to be a nest-egg, for the pension pot.

“No one was thinking anything like this could happen. We never thought we’d never be able to move on.”

Meanwhile, Carmel tenant Carol Hardy said: “I am very pleased to say all is good with us. We have moved from Cartmel as part of the Camden scheme to the other side of the estate, which is great and very peaceful.”

A Camden Council spokesperson said: “The council took the unprecedented step of offering a voluntary rehousing scheme for its tenants, at significant cost to the council.

“It is unacceptable that our leaseholders have been left in this position, without a similar offer from HS2 Ltd. HS2 must fund the rehousing of council tenants and leaseholders. We will keep increasing the pressure on them to ensure they do so.”

HS2 Ltd said: “HS2 Ltd are continuing to explore options for leaseholders in the Regent’s Park estate. Leaseholders may be eligible for HS2 property schemes.

“In order to ensure value for the taxpayer, applicants to the Need to Sell scheme need to show that they have a compelling need to sell their property, and once bought, the vast majority of lettable properties are rented out and will be sold after the first trains are running.”