On the eve of a screening of Tinker Tailor Soldier Spy, Dan Carrier talks to John le Carré’s son about the importance of the Heath to his father 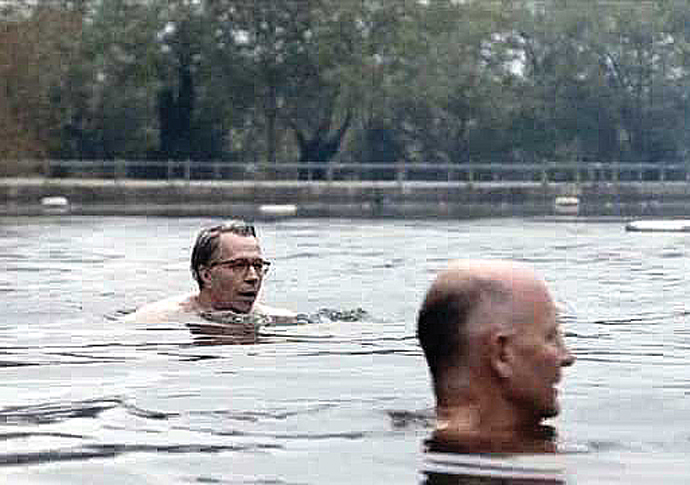 GEORGE Smiley enters the dark green waters and takes a few tentative strokes. He has come to the Mixed Ponds on Hampstead Heath to mull things over. The waters will lubricate his thoughts about a spy at the heart of the British secret service – and the author of Tinker Tailor, Soldier, Spy, novelist John Le Carré, thought it fitting that his famous character should use the backdrop of Hampstead Heath to attempt to reach conclusions.

It was fitting, as it was a personal experience for the author – real name David Cornwell – reveals his son Nick Harkaway.

Next week, the Oscar-nominated 2011 film adaptation of the Le Carré’s classic Tinker Tailor Soldier Spy is being screened by the City of London and Hideaway Cinemas on Parliament Hill Fields.

The evening includes a question and answer with broadcaster Melvyn Bragg and Nick – who will discuss the role of the open space in his late father’s work.

Nick tells Review how Le Carré, who died in 2020 aged 89, spent many years walking across the Heath and set a number of scenes in a number of books there. It led to actor Gary Oldman taking the waters as Smiley enjoys a thought-clarifying dip in a misty Mixed Pond. Nearby, in the 1980s TV series Smiley’s People, a Russian general is murdered on the Lime Avenue, a path to the north of the Mixed Ponds that leads to East Heath Road.

“Many of the trees in that scene have gone – blown over in the hurricane of 1987,” recalls Nick, noting that the trunk against which the heinous crime is committed survived. 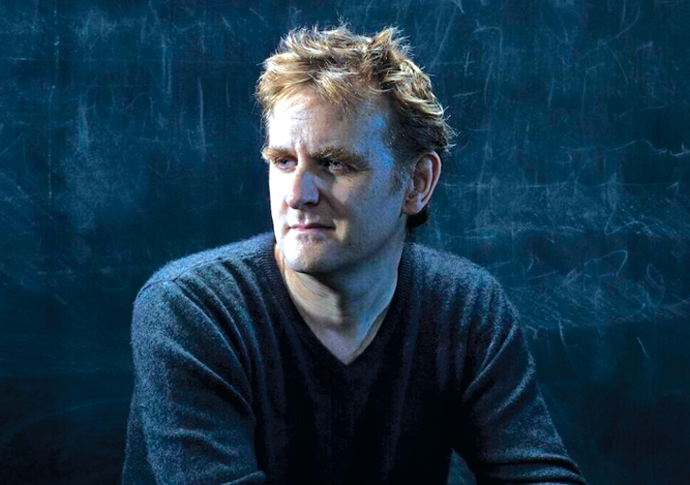 Nick explains his dad used the Heath as a space for thoughts to form and plots to grow.

“It was part of his daily life. He felt the Heath was enormously cinematic,” he adds. “He loved the Lime Tree avenue, and the fields below The Pryors [in East Heath Road]. We had whippets and he would take them there – they would go bonkers.

“There is a thing said about manic walking that is particular to writers – and my dad was a very manic walker. He would go a long way each day.”

In the scene set at the Mixed Ponds, Le Carré was close by and visited the set. Nick recalls how his father went to watch the filming of the 2011 adaptation – and watched filming of his friend, the late poet, poker player and ponds regular Al Alvarez being helped by Oldman getting out of the water. Sadly, it did not make the final cut.

Le Carré was often asked for advice on set – and appeared as an extra in versions of his works.

“He said he would be as hands-on or hands-off as they liked,” Nick says.

“An actor would seek to form a relationship with the written part, so they’d speak to him and then make it their own. It might have been hard to have him flitting around the set as the actors knew he had deep creative relationship with the characters he had formed. But they’d come to his home and sit down and talk about the real world and the links between this and his writing.

“He took enormous pride working with actors and they were inspired by him to find the deeper reality of the character they were playing.”

It meant Nick had a childhood where he might come home from school and find Alec Guinness sitting at the kitchen table, discussing George Smiley. 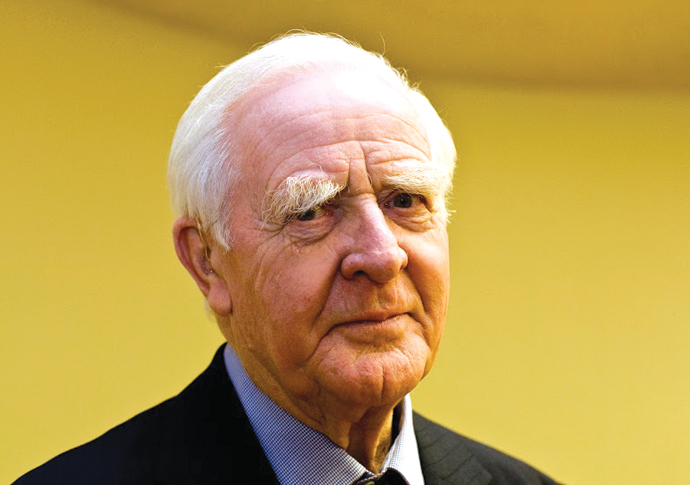 “It could be quite amazing,” he recalls. “And Obi-Wan Kenobi [played by Guinness] remains my favourite Star Wars character.”

Le Carré’s politics and the social comment in his work reflect a world view was shaped by his experience as a teacher at Eton and then as a spy, before he became a novelist.

“He was not so directly conscious of this, but he had things in mind that came through his portrayal of Smiley as a view point and a reference,” says Nick.

“Smiley is weirdly classless, invisible, and a little bit ugly in a nondescript way. He offers an invisible eye on the world.

“The first thing we know about him is his name. What was intended in the first instance was it is a bitter piece of irony. Smiley was to be our mournful eye. Later, he became something more – the character begins to have opinions of his own. It is possible my dad was using him to write social comment too.”

That his father’s political views were on the left was well known – “his opinions became stronger in his writing and the characters grew and shifted their opinions to reflect that” – and in Smiley, he portrayed the moral ambiguity of concepts around national security, among other things.

Le Carré recalled teaching at Eton during the Suez crisis of 1957 and noted how 13 members of the Cabinet were Old Etonians. He felt the same contempt for the current government’s predominately privately educated Cabinet.

“He was seen as a classic, quintessential establishment gentleman – but he was really a rebel.”

Nick, also a novelist, reflects on his dad’s work ethic. “He taught me when you are a writer you work whether you feel like it or not,” he says.