Lawrence bounces back into business 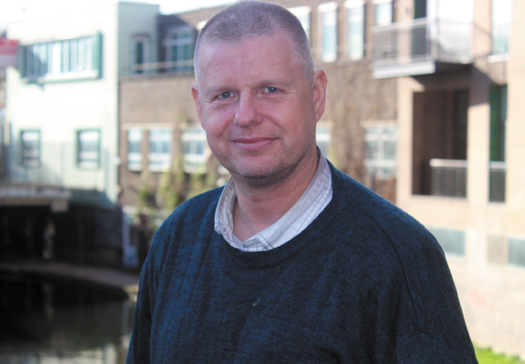 A HIGHBURY man’s experience of unemployment inspired him to start a project that helps people get healthy and back into work.

Lawrence Curtis, 50, has worked for much of his life as an accountant in the City but struggled with dwindling motivation when he found himself out of work. His new project, Healthy Minds, Healthy Bods, is helping keep him focused and positive – and he believes it can do the same for others too.

“The financial, health and social impact of being long-term unemployed can be devastating,” says Lawrence. “Not only on the person claiming benefit, but also on those connected to them.” Lawrence says his social enterprise offers something new, because help is only given to the unemployed when, often, it’s too late. “By the time people are 12 months unemployed, people are suffering high stress, anxiety, pressure, and health problems. The unemployed are not given access to help to keep them job ready.”

His project is formed of two parts: Izz Walkz, a weekly walk around Clissold Park in partnership with Highbury Grange Medical Practice – soon to be followed by other parks in the area; and Ajani, a nine-week programme where the unemployed get access to a personal trainer, as well as health, nutrition and budgeting advice.

Lawrence has received support from Islington North MP Jeremy Corbyn and paralympian Baroness Tanni Grey-Thompson, and he has been in talks with Public Health England and the Department for Work and Pensions, but funding is a struggle and he is calling on local businesses or individuals to support him with basic running costs. “Bad things happen in life, but it’s how you react to them,” says Lawrence. “I’m passionate about this project, I believe it can really make a difference.” Visit www.hmhb2016.org.uk/

A permanent memorial for Glyn 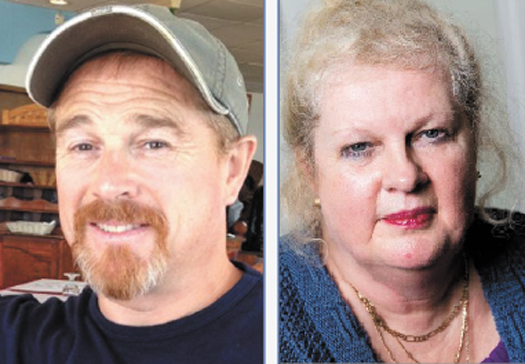 Glyn Roberts and Susanne Lamido, who is raising funds for bench in his memory

IT would be a fitting tribute for a man who did so much for his community. A fundraiser has been launched to build a memorial bench for Glyn Roberts (left) outside the Hilldrop Community Centre. Glyn died suddenly aged just 48 in January. He was the chairman of the tenants and residents association where he lived, in Hilldrop Crescent, and was affectionately known as “Mr Lido” due to his sterling 25 years work as a lifeguard at Parliament Hill pool. Glyn was a lifelong fundraiser and now his friend Susanne Lamido is calling on people to fundraise in his memory. She is hoping to raise £1,500 for a memorial bench and some plants outside the community centre in Hilldrop Road. Visit localgiving.org/appeal/InMemoryofGlynRoberts/

GREEN-fingered residents at St George’s House Care Home in Holloway have helped plant a therapeutic orchard within its grounds. The idea came from head gardener Ben Ledden, who has a particular interest in horticultural therapy and has worked for the past five years for Richmond Fellowship who own St George’s. “Having seen first-hand the therapeutic benefits of gardening in my job, I thought St George’s would really benefit from a community orchard which the residents can enjoy simply by being there, or by physically helping with its regular care,” says George. “There’s nothing more fulfilling than planting an apple tree, then seeing the fruits of your labour when the apples are ripe for picking.” The new orchard, which is an extension of the existing community garden, has been planted in an area previously occupied by a car park. It now hosts several fruit trees, including two cherry trees, a greengage and a cooking apple variety, as well as a pear tree and fig tree. St George’s, which helps people living with mental health problems, was supported by Helping Britain Blossom, a project which aims to create more than 100 such orchards by the end of the year.

Refugee ‘stations’ to go on display at St Stephen’s 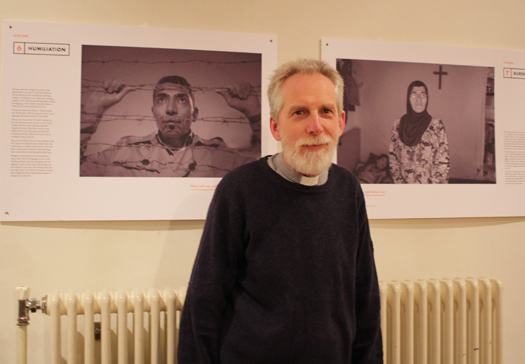 ST Stephens Church in Canonbury Road celebrated the opening of The Stations, a new travelling exhibition the church is hosting throughout Lent. This unique photographic study by creative director Marksteen Adamson reflects on the Stations of the Cross – a series of 14 images depicting the stages of Christ’s journey on the day he was crucified – in a modern day interpretation, retelling the stories of 14 refugees Marksteen met and befriended during time spent in Calais, Lebanon and the UK. A meze of food was shared by the congregation before they were invited to explore the 14 lives in the photos. Avril, a spokeswoman from Refugee Tales – an outreach group that organises solidarity walks between refugees and writers – talked about asylum seekers who are detained at Gatwick and the imporance of making our welcome heard. Two members of the congregation, who were once refugees themselves, also spoke, highlighting how important it was to have found a new community in the church. “I think it really spurred people on to think about what we can do,” said the Revd John Beauchamp. The exhibition will be open to the public during Holy Week (exact dates TBC). To find out more call 020 7226 7526. More on The Stations project at www.premierchristianity.com/The-Stations/Images-and-Stories
For more details on Refugee Tales visit http://refugeetales.org/