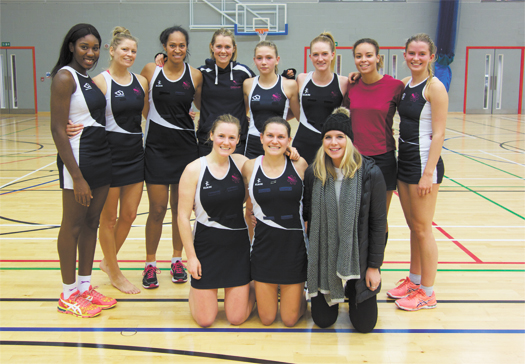 The Cumberland team that took on the Thoroughbreds

PLAYERS from Cumberland Netball Club suffered an agonising last-gasp defeat on Sunday when they were beaten by just three points in Division Three of the National Premier League.

Led by rising star Kira Rothwell, the side from NW1 looked on course to take something from their game against Norwich’s Thoroughbreds with the score tied at 47-all with just three minutes left on the clock.

A string of late penalties against Cumberland proved costly, however, as the visitors scored in the dying moments of the match, which was held at the Franklin Building in Clerkenwell, to secure a 52-49 victory.