‘Land grab' questions as school is lined up for closure

Investigation: St Alo's could be closed by Christmas 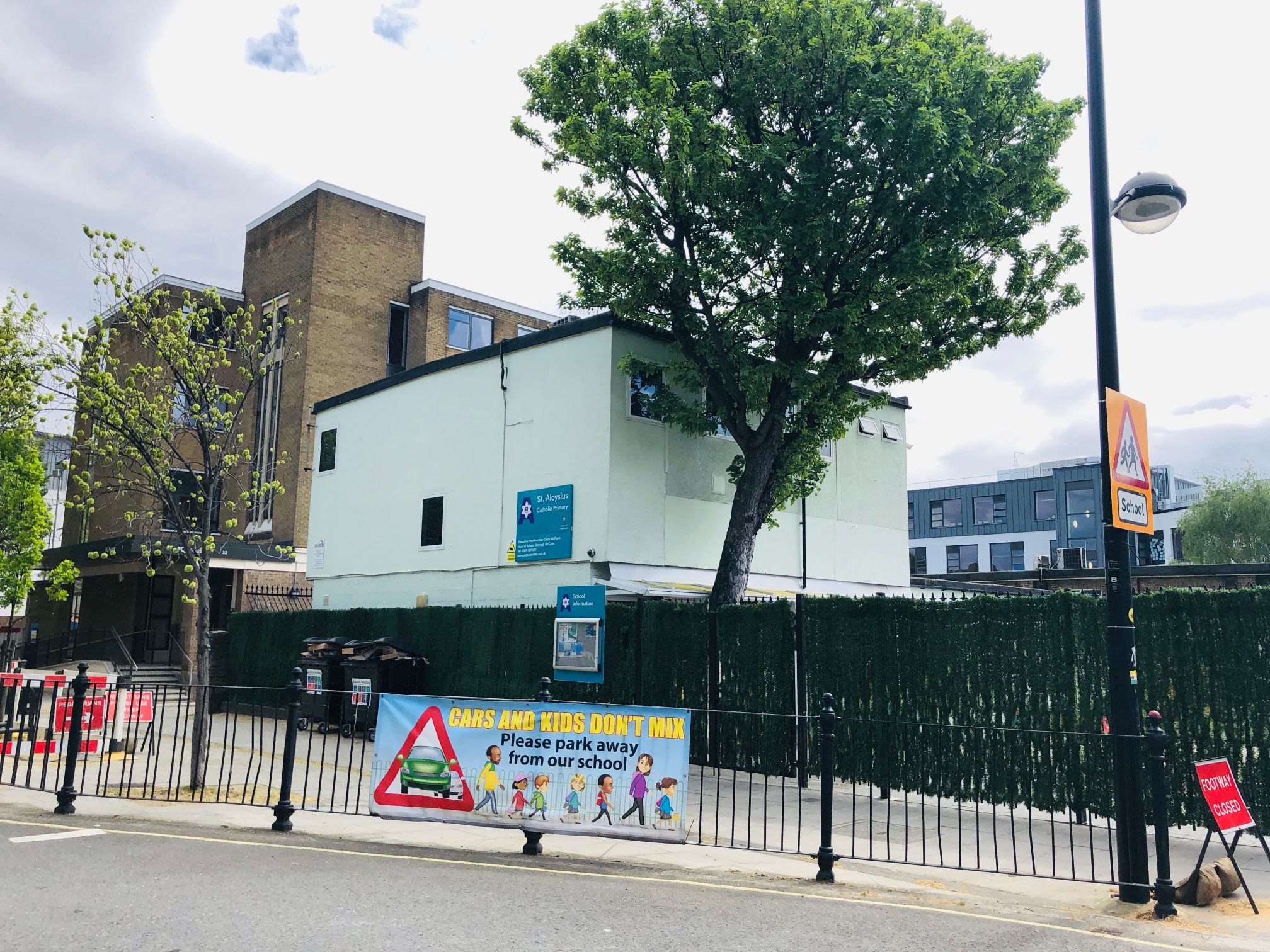 QUESTIONS were mounting this week over what will happen to a potentially-lucrative site in Somers Town if a primary school is closed.

It follows the revelation that St Aloysius Roman Catholic School, which has been operating since 1852, is likely to shut by Christmas amid a lack of applications for places.

At least 243 children face a search for a new school, while staff have been left not knowing whether they will still have jobs. The school’s council-owned site in Phoenix Road is in a neighbourhood at the heart of debates over gentrification and the changing housing market – and on valuable land not too far from King’s Cross regeneration site.

A New Journal investigation has found that this public land is at the centre of a deal between the council and the Diocese of Westminster, which has overall control of the school and last week opened up the consultation survey over the expected closure St Alo’s, as it is known locally.

The council had been asked for the land – valued at £750,000 – to be transferred to the Diocese’s control on the basis that it would then be used to fund a “rebuild project” at the school. This would, it was suggested, secure its long-term future; the poor quality of the school buildings has now been cited as one of the reasons for its proposed closure. Camden approved the transfer last July, but it has not been completed.

Schools legislation enables governing bodies to force land transfers from local authorities if they can prove it will be used to benefit children.

Slaney Devlin, chairwoman of Somers Town Neighbourhood Development Forum, said: “Councillors should be asking: what happened to the land we owned, and can we get it back? If St Aloysius decides to close, that land should be returned to Camden and used to build social housing. Instead of [building houses] on our parks.”

Theories over why the school has arrived at such a crisis point have been shared across Somers Town over the past fortnight. They range from parents not wanting to send children to a school which Ofsted recently ruled “requires improvement” overall, to a diversifying population not all seeking Catholic education as “a must-have”.

Camden itself has partly blamed a falling birth rate, but there has also been a focus on the cost of housing and the lack of family-sized homes. This trend is also blamed on landlords not wishing to take in benefits claimants following universal credit changes, the rise in property owners seeking profits through Airbnb-style short lets and a shortage of affordable, family-sized units as a result of large-scale projects such as the revamp of the railwaylands, which has brought tech giants and new office blocks to King’s Cross.

The interest in what land is used for has also fuelled talk of a so-called “land grab” ahead for the St Alo site. A report to the council’s “executive director for supporting people” last year said the Diocese wanted to fund a “proposed school rebuild project” with funds raised through land sale.

It said: “This transfer of land allows the school to continue to provide stability for teaching and learning to take place” and added that receipts from sale of land by the Diocese “would be reinvested into new school buildings, which is a positive outcome for the children of Camden”. Such work now looks unlikely given St Alo’s proposed closure.

Last year, St Aloysius was hit by a massive cut in funding, caused by a merger of the infant and junior schools and a dramatic drop in pupil numbers.

According to Camden’s figures, the school lost £335,144 in funding for 2018-19. The figure – 15 per cent of its funding – represents almost half of all funding lost by Camden primary schools in the same year.

Argyle, Brecknock, Carlton, Rhyl and St Dom­inic’s have also been hit with losses of more than £100,000, council figures show, although there is no suggestion that any of them are at risk of closure. School funding is directly connected to pupil numbers, with St Alo currently operating at just over half its 450-place capacity. Just 32 out of 60 places in the next academic year’s intake were filled this year.

The school did suffer a disappointing Ofsted report last year, but inspectors praised a new administrative team that has taken over since the former headteacher and chair of governors stepped down.

He added: “Parents are already taking children out, but there are some that want to keep going. It is a very hard decision to take, to close a school.”

“Bulge classes” are expected to be created at Our Lady’s, a Catholic school a long walk or a bus journey away in Camden Town, to accommodate the transfer of schoolchildren, In a joint statement, all three Somers Town councillors said: “We would like to see alternative proposals to avoid the closure of the school.”

The council said in a statement: “The Diocese of Westminster has requested that this piece of land be transferred under the Schools Standards and Framework Act 1998. The council has started the process of transferring that land, but to date this has not completed.”

The Diocese said: “The Diocese of Westminster and the governing body at St Aloysius Catholic Primary School, following discussions with Camden Council, have decided to consult on closing the school. The decision to consult has been taken because in recent years there have been fewer applications for school places at St Aloysius, resulting in a falling number of pupils.”

It added: “Following the consultation, a decision is due to be taken before the summer term ends to give families greater certainty about the future of their children’s education. If the school closes, no child would be left without the offer of a suitable school place.”