Labour of love for Grenfell survivors 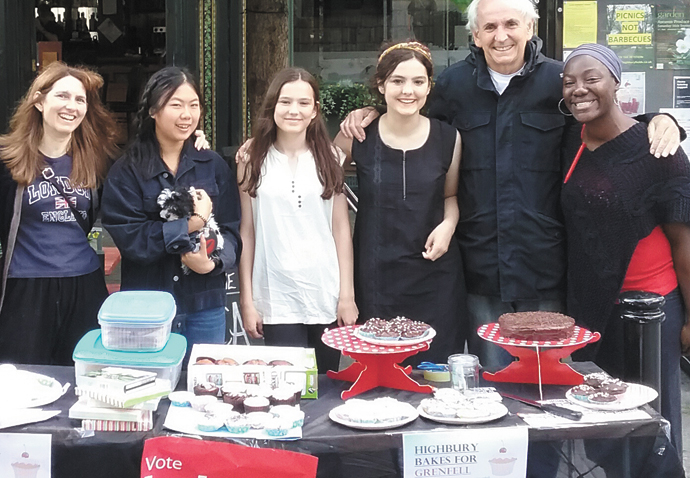 LABOUR Party members and residents from Highbury raised hundreds of pounds by selling cakes to support the survivors of the Grenfell fire. More than £400 was raised in the Saturday sale where the apricot, chocolate and gluten-free cake proved a huge hit. The sale, which was held in Highbury Barn, also received pastry donations from nearby businesses Highness Café and Cinnamon Village. “It was a massive achievement,” said organiser Valerie Bossman-Quarshie. “It was the younger members in Highbury East who wanted to raise money and I had the idea to join the wards.”

“I also used the event to tell people about the closure of the Holloway prison site,” she added. The Labour activist is keen for the Ministry of Justice-owned site to be used to benefit the community. She said she had many more community events planned for the borough’s residents to enjoy. 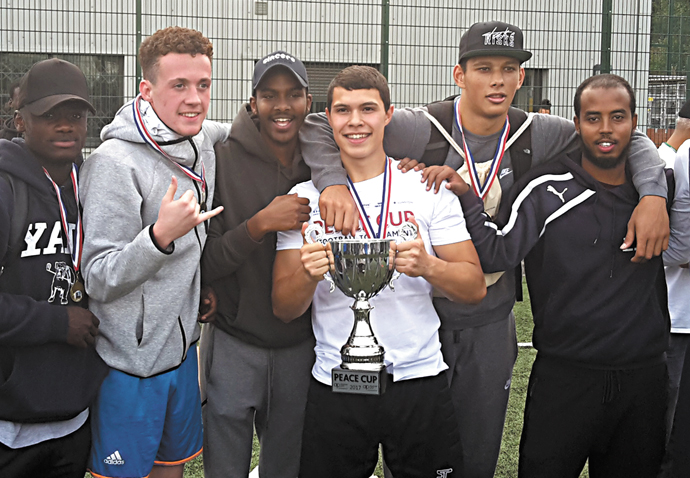 Above some of the Peace Cup winning team and, below, Imam Mohammed Mahmoud with tournament players 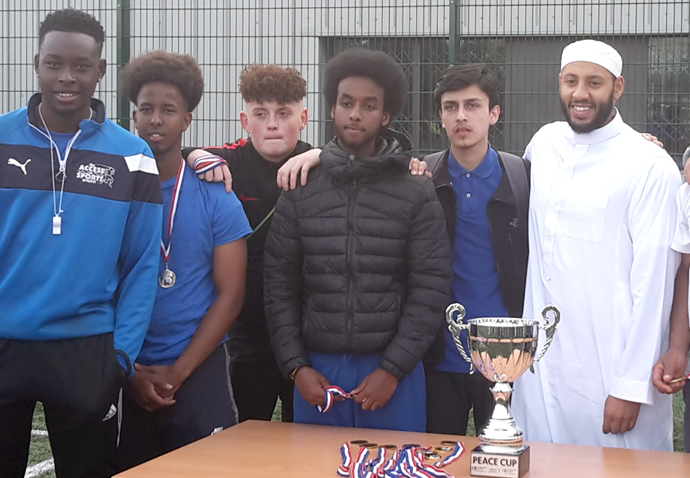 HERO Imam Mohammed Mahmoud who helped prevent further violence after June’s Finsbury Park mosque terrorist attack, gave out trophies to the winners of this year’s Peace Cup Football Tournament on Sunday. The competition, now in its sixth year, brings together 14- to 17-year-olds of all backgrounds and faiths in the borough and isrun entirely by volunteers. “It was very tense, the players get so passionate – the second semi final was so close, every body was waiting for the penalty soot out at one point,” said Roz Miller, one of the organisers from the Islington Faith Forum. Some 140 players took part in the event at Market Road football pitch, and the overall winners were the Supreme Young Voices youth group who narrowly beat a the Muslim Welfare House mosque 2-0. “I think it went well,” said Roz. “It was amazing to see what it means them to them. These young men draw a lot from being able to pay football and their level is really good. I had the police come by and support it and council officers said the level of playing was good and they were surprised.” The event was supported by local business Absolute Print Ltd and by Islington Council Targeted Youth Support and the Access to Sports Project.

A garden memory of Victoria and Lisa 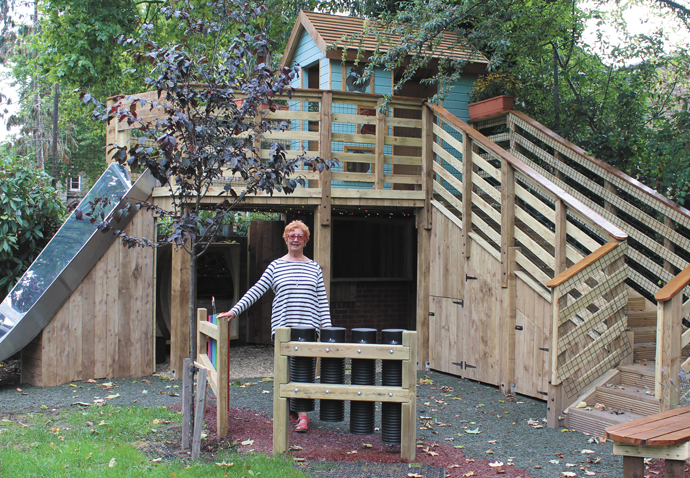 Jean Willson in the new garden at Centre 404

A SENSORY garden for people with learning difficulties was launched on Sunday following four years of fundraising. Disability charity Centre 404 marked the opening of the garden which features musical instruments, mirrors and glowing lights with an all-day party at their centre in Camden Road. Charity chairwoman Jean Willson built the garden in memory of her daughter Victoria and her friend Lisa Davis, who both died four years ago. Both women required 24-hour supervised care but were able to live with relative independence in their specially-converted home on the Priory Green Peabody estate in King’s Cross. Centre 404 offers a range of services to assist children and adults with learning disabilities including social clubs and sheltered housing projects. http://www.centre404.org.uk