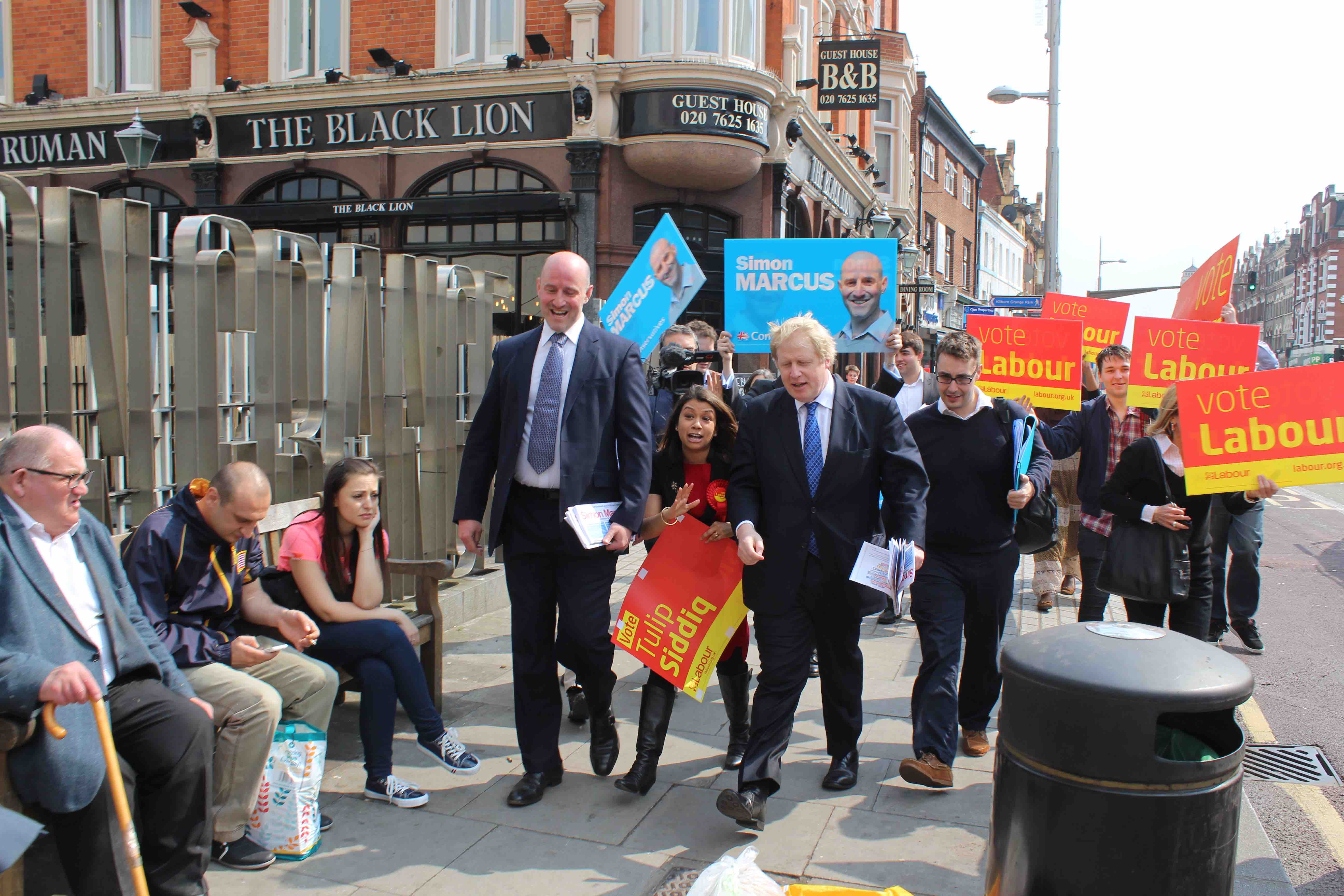 SUPPORTERS of Labour MP Tulip Siddiq do not know whether to laugh or cry.

On one hand, Theresa May’s surprise call for a general election on June 8 means Ms Siddiq will get to stand again in her Hampstead and Kilburn constituency before it is carved up by the boundary changes which threatened to leave her hugely exposed and facing a probable election defeat.

On the other, she still remains in peril of going down in the political record books as one of Camden’s shortest-serving MPs, as she is forced to defend her place in parliament just two years into office. This, after all, was supposed to be the Conservatives’ number one target seat in 2015. Ms Siddiq extended the Labour majority from a tiny 42-vote lead to 1,138 then, but now her rivals hope national opinion polls which show Labour trailing the Tories will be reflected here.

The wildest predictions ahead of this election have seen commentators claim that no Labour politician with a majority of less than 10,000 votes can feel safe.

Other factors which Labour insiders fear could make life more difficult, locally, are the anti-semitism rows within the party, which Ms Siddiq herself had said led some supporters to cancel their membership, and the risk of a Liberal Democrat surge on an anti-Brexit ticket. The Liberal Democrats were off the pace in Hampstead and Kilburn at the last election, but in 2010 the constituency was a rare three-way marginal. Amid talk of a possible revival on the issue of Europe, some Labour strategists fear the Lib Dems could split the vote in Hampstead and Kilburn, thus reducing the number of votes needed by the Tories to win.

Ms Siddiq, however, has maintained a high profile in her two years as an MP and before that as a candidate and a councillor. She has been credited within the party as being a more visible presence on the ground than Glenda Jackson had been in her final years before retiring as an MP and returning to acting work. A tidy operator, the Sunday Times once tipped Ms Siddiq as a future leader of the party herself and, more or less, she has been able to impress those members who are supportive of leader Jeremy Corbyn and also those who feel Labour will only advance with a different leadership.

She had been one of the MPs who nominated Mr Corbyn in the first place, even though she went on to vote for Andy Burnham. She said she was helping to broaden the debate and has since repeatedly said she has had no regrets about helping Mr Corbyn onto the ballot paper.

“My work over the last two years as the MP for my home seat of Hampstead and Kilburn has been the greatest honour I could have wished for,” said Ms Siddiq. “Through the weekly Prime Minister’s Questions, I’ve directly challenged David Cameron and Theresa May more than any other backbench MP in this parliament, flagging issues like junior doctors’ contracts, cuts to local authorities, security for EU citizens, women’s equality, hate speech and other local campaigns.”

Ms Siddiq is among Labour MPs who have accused the Prime Minister of acting selfishly by calling the election during Brexit negotiations. She said: “Thousands of people from EU countries – who have lived, worked and contributed in Hampstead and Kilburn for years – now face crushing uncertainty, with their futures reduced to bargaining chips by Theresa May and the Tories as they push for a Hard Brexit that was never on the ballot paper and is not in the best interests of the country. The Lib Dems, meanwhile, have refused to rule out joining them in yet another coalition. I will not be forgetting my duty to protect the residents of this constituency simply because the Prime Minister has decided to eat into the two-year timetable for Brexit negotiations, and place party politics ahead of the national interest.”

Despite the potential danger, Ms Siddiq’s supporters are also upbeat about her ability to assemble and oversee a well-drilled team to fight the election, with her campaign in 2015 seen as one of the most energetic within Labour circles as big-name politician set-pieces and celebrity endorsements were twinned with relentless door-knocks and leaflets. Her rivals are not sure, however, whether this slick unit will be as effective in a battle reduced to six weeks of electoral combat.

Ms May, announcing her snap election plan from a lectern in Downing Street on Tuesday, said the election was needed to end the battle over Brexit – and to stop the divorce from the European Union from being sabotaged. “Our opponents believe that because the government’s majority is so small, our resolve will weaken and that they can force us to change course. They are wrong,” said Ms May. “They under-estimate our determination to get the job done and I am not prepared to let them endanger the security of millions of working people across the country.”

And her decision to go to the nation has been backed by local Conservative group leader Claire-Louise Leyland. “We will now have the opportunity in Camden to vote for a Conservative member of parliament, who can work closely with our prime minister to build a secure future for our community and for our country,” she said. “Local people will need make a choice between a country led by Theresa May, or a country let down by Jeremy Corbyn. In the time that I’ve known her, Theresa has always been strong and determined. Since she became prime minister, she’s shown us that she has the experience needed to lead our country and that she can take on tasks that others have shied away from and deliver results.”