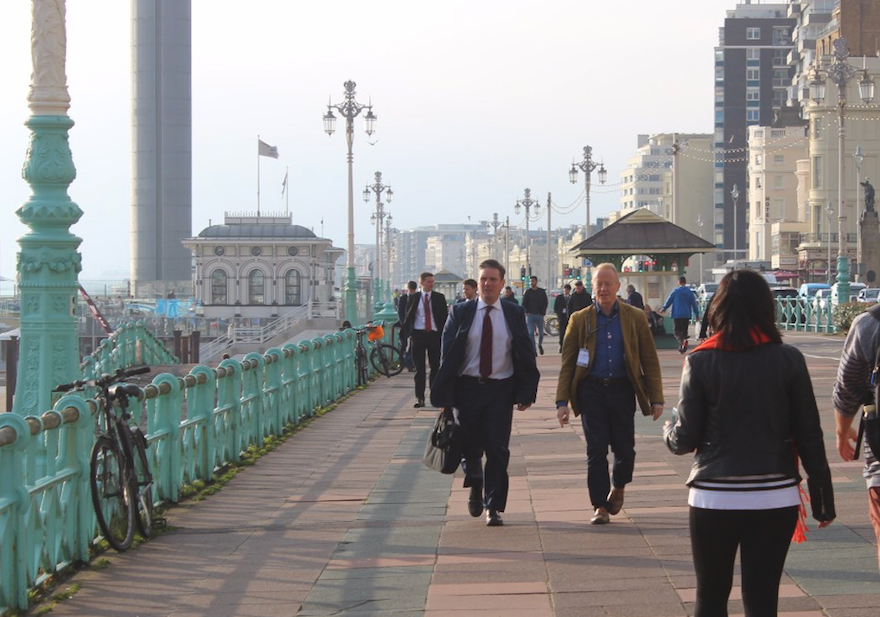 SIR Keir Starmer and his frontbench Labour colleagues have been urged to take a stronger line against Brexit, with some delegates at the party’s autumn conference still calling for a “stop it at all costs” opposition to be mounted.

Long queues built up in Brighton to see the Holborn and St Pancras MP, who is fronting the party’s response to the EU negotiations, at sessions where he had been booked to speak. At one fringe meeting on the EU, held in a seafront cinema on Sunday, more than 500 people were locked out.

But while Mr Starmer, tipped as a future party leader, was a sell-out name to members arriving in east Sussex from all over the country, there remains bubbling division about what the party’s strategy on Europe actually is, and whether it should be calling for a second referendum. The current line of leaving Europe but being flexible about membership of the single market and the customs union has been openly described in some forums at the conference as a “fudge”.

The frustration was clear at several meetings, including a fringe event at the Metropole hotel on Monday evening which saw writer and economist Will Hutton, who lives in Camden Town, explode in a fit of anger – including use of the f-word – about what he saw as Labour’s limp reaction to Brexit. “The Labour Party should be unambiguous that we do not want to leave the European Union,” he said to a hearty round of applause and a call from the audience: “Have you spoken to Jeremy about this?” 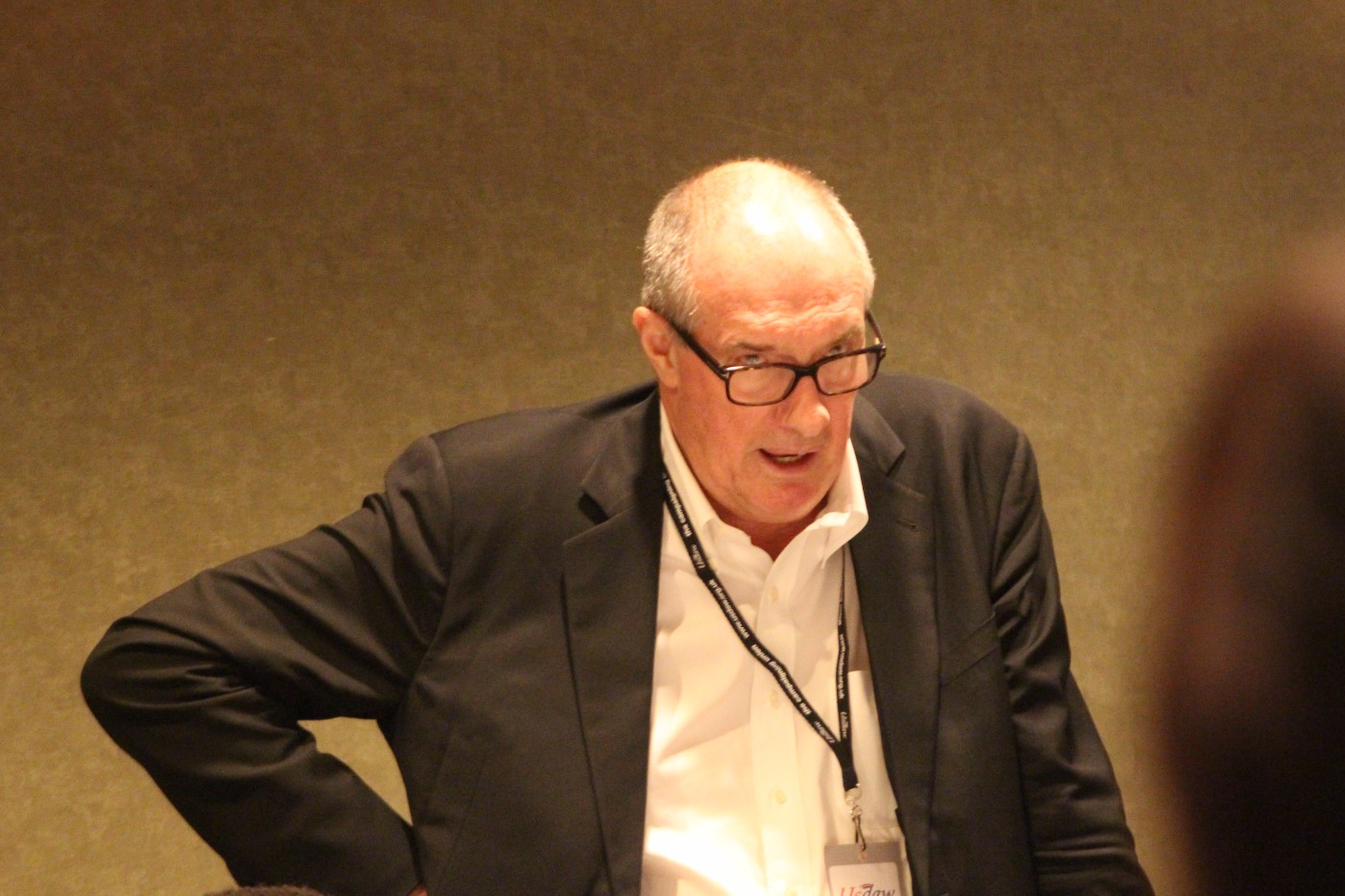 Will Hutton speaking at a Best For Britain meeting

Mr Hutton added: “The idea that after Brexit Europe will stay just as it is, no tension, just a bunch of sweetie-pies and we are going to cut fabulous deals with the rest of the world is fantastical. It is delusional. It is crap. It’s illogical. It is the idea of right-wing plotters who want to create a Thatcherite utopia. The Labour Party should be vigorous in its advocacy of the European Union.”

While there were disputes about how far Brexit would be discussed on the main conference floor, two large marches in front of the conference centre called for Labour leader Jeremy Corbyn to directly oppose Brexit. Mr Hutton’s 10-minute outburst came as he shared a panel with Hampstead and Kilburn MP Tulip Siddiq at a meeting organised by Best For Britain, the campaign group partly set up by high-profile Brexit rebel Gina Miller.

Ms Siddiq is lauded in Remain circles for being among a small number of MPs who voted against triggering Article 50, a contrast to Mr Starmer’s position. She received campaign support from Best For Britain before her victory at June’s general election. Ms Siddiq said a “responsible government” should already have found out whether revoking Article 50 was a legal possibility and that a second vote for MPs on the final divorce deal should be promised by Prime Minister Theresa May.

The prospect of another referendum should be considered, added Ms Siddiq, although Remain supporters have been warned not to raise hopes that this would be carried out on a straight in-out basis. There are worries that the country could slip into endlessly re-running last year’s referendum, while, to the frustration of members in Remain-heavy urban areas like Camden, the party is also walking the tightrope of not upsetting Leave supporters in other areas who would otherwise be inclined to vote Labour.

“When I talk about Brexit – or possibly no Brexit – I’m always told that I’m being anti-democratic by someone,” said Ms Siddiq about her Parliament vote. “This is the people’s mandate, they voted and you have to respect the result. “But there is a litmus test before we leave the European Union, as there were certain promises made during the campaign, and in my opinion until those promises made by leading politicians who are now in the government – in the cabinet – are met, we should not be leaving.” 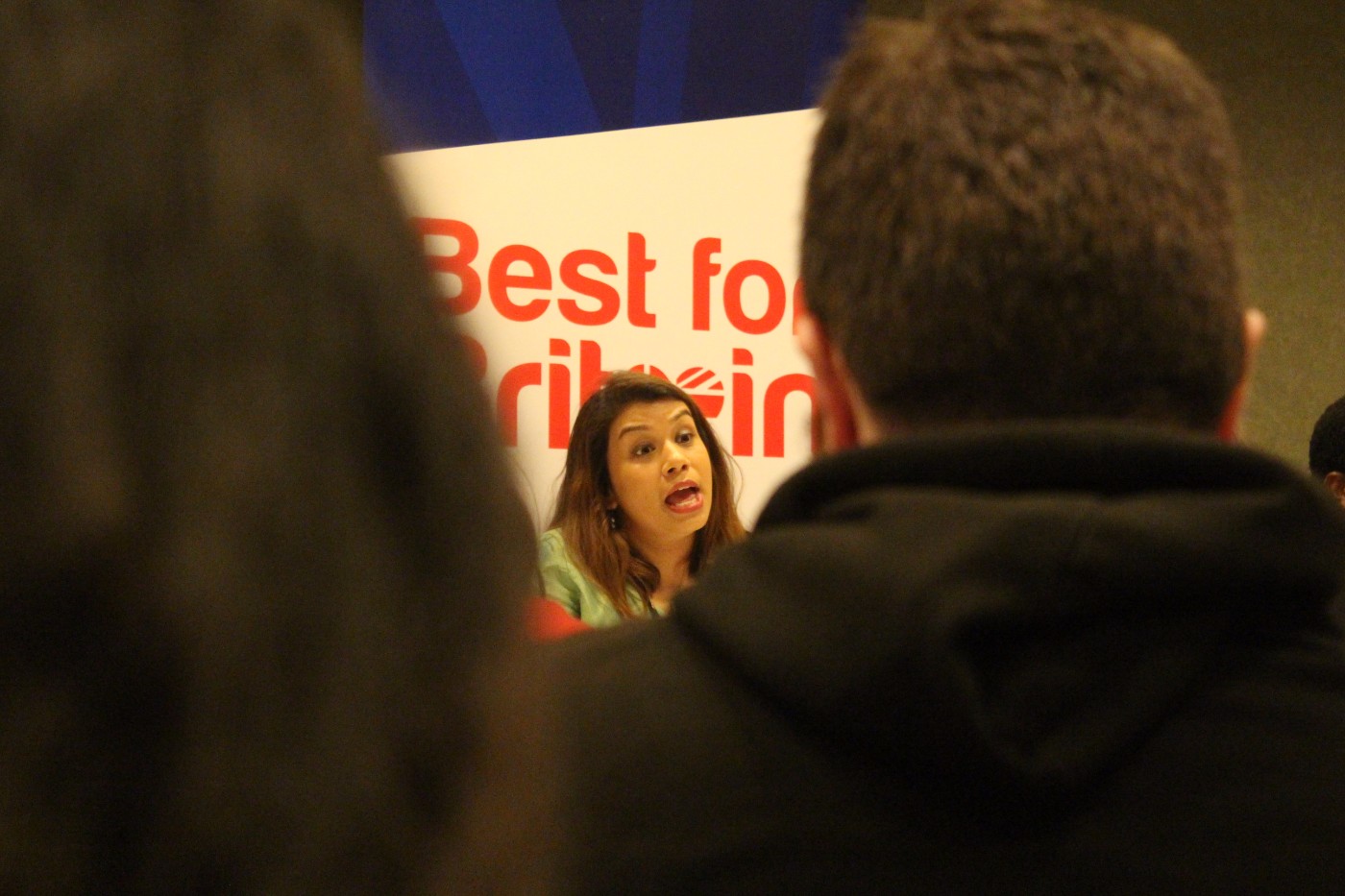 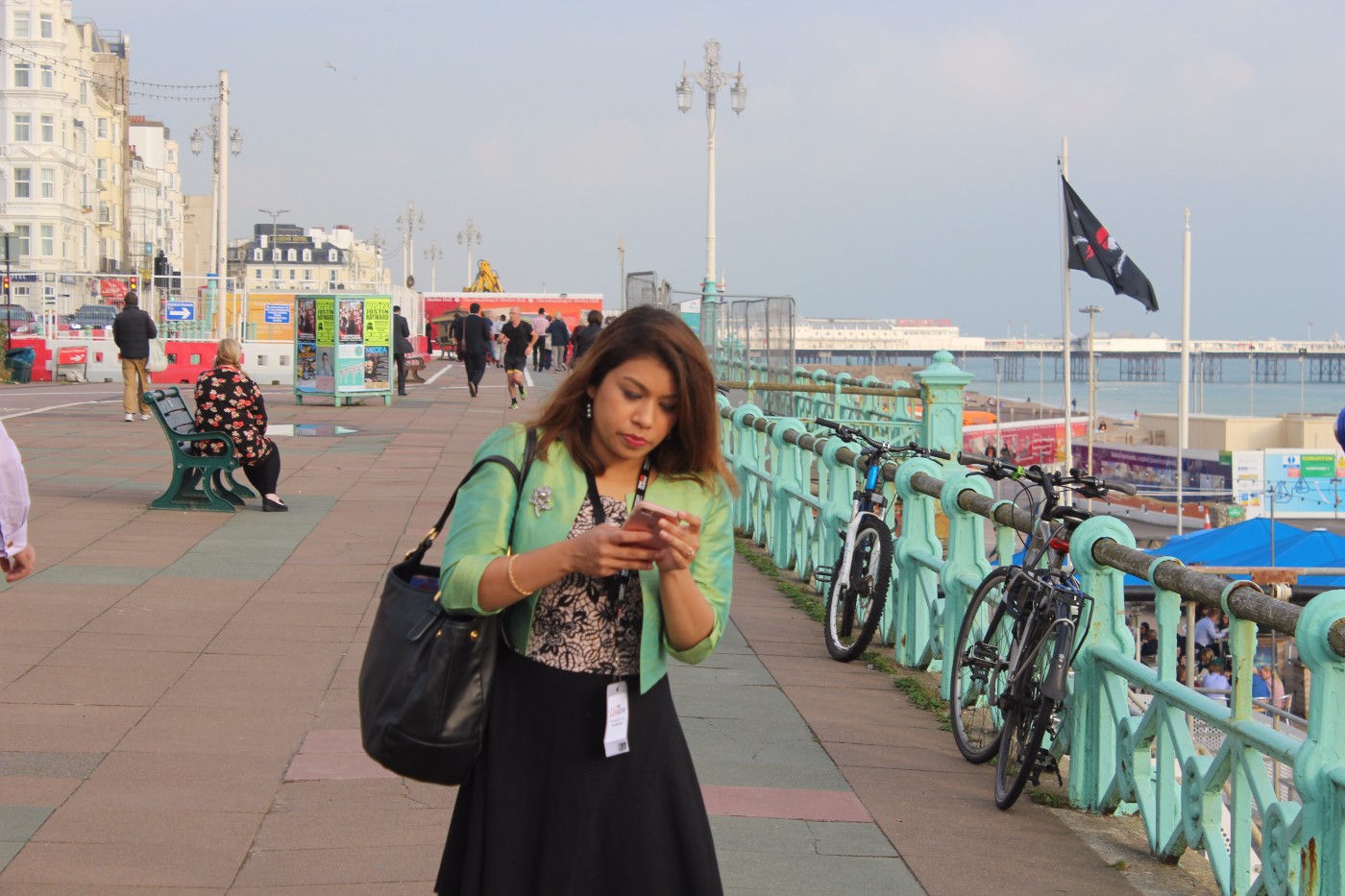 This included, she said, Foreign Secretary Boris Johnson’s much-repeated claim that the UK would secure an extra £350million a week for the NHS if it was freed from European financial obligations.

The debate over what to do next was running through the conference hotels and bars all week amid a clear nervousness that a false step could undermine the electoral momentum which Labour supporters believe is building. Some members complained that there was not a fuller, public debate on the conference floor.

From his hotel, London Mayor Sadiq Khan suggested in a conference interview with the Evening Standard that the promise of a second referendum could become a manifesto pledge, but this was swiftly played down by other high-profile members. The confusion continued as other frontbenchers were equivocal when asked about the issue through the week, with many contributions focusing on the split opinion within the Conservative Party. 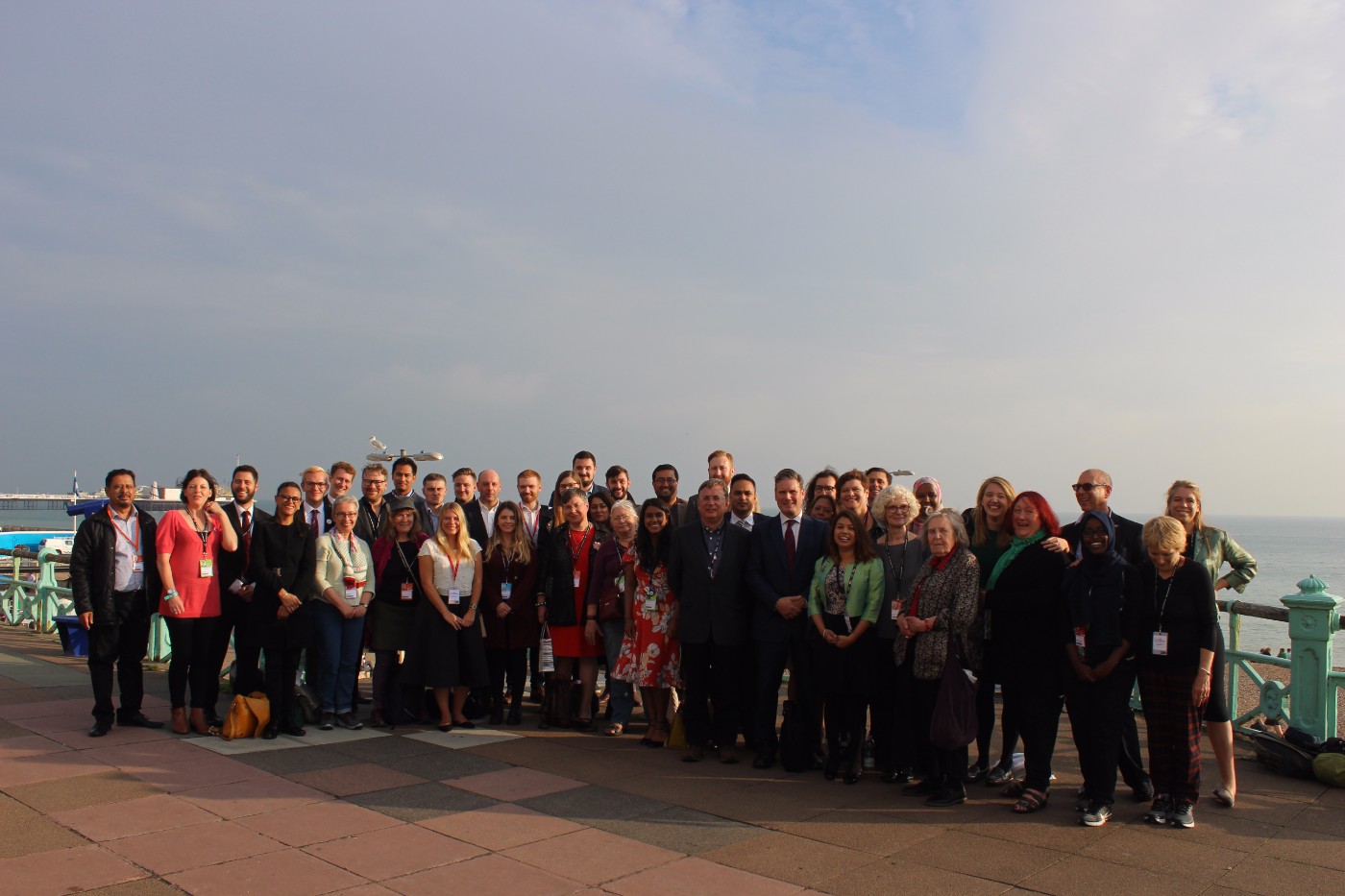 Camden’s Labour group by the sea

Mr Starmer delivered a speech from the main stage on Monday morning with many of the large contingent of members from his constituency in the hall to support him. He said existing arrangements should be retained during the two-year “transitional’ period announced by Ms May earlier this month.

“We are flexible as to whether the benefits of the single market are best retained by negotiating a new single market relationship or by working up from a bespoke trade deal,” he said. “No rash, ideological red lines preventing a sensible deal. No fantastical, ‘blue sky’ proposals. A pragmatic approach. Labour are now the grown-ups in the room. We stand ready to take charge of the negotiations. Not acting for narrow political gain. But in the national interest.”