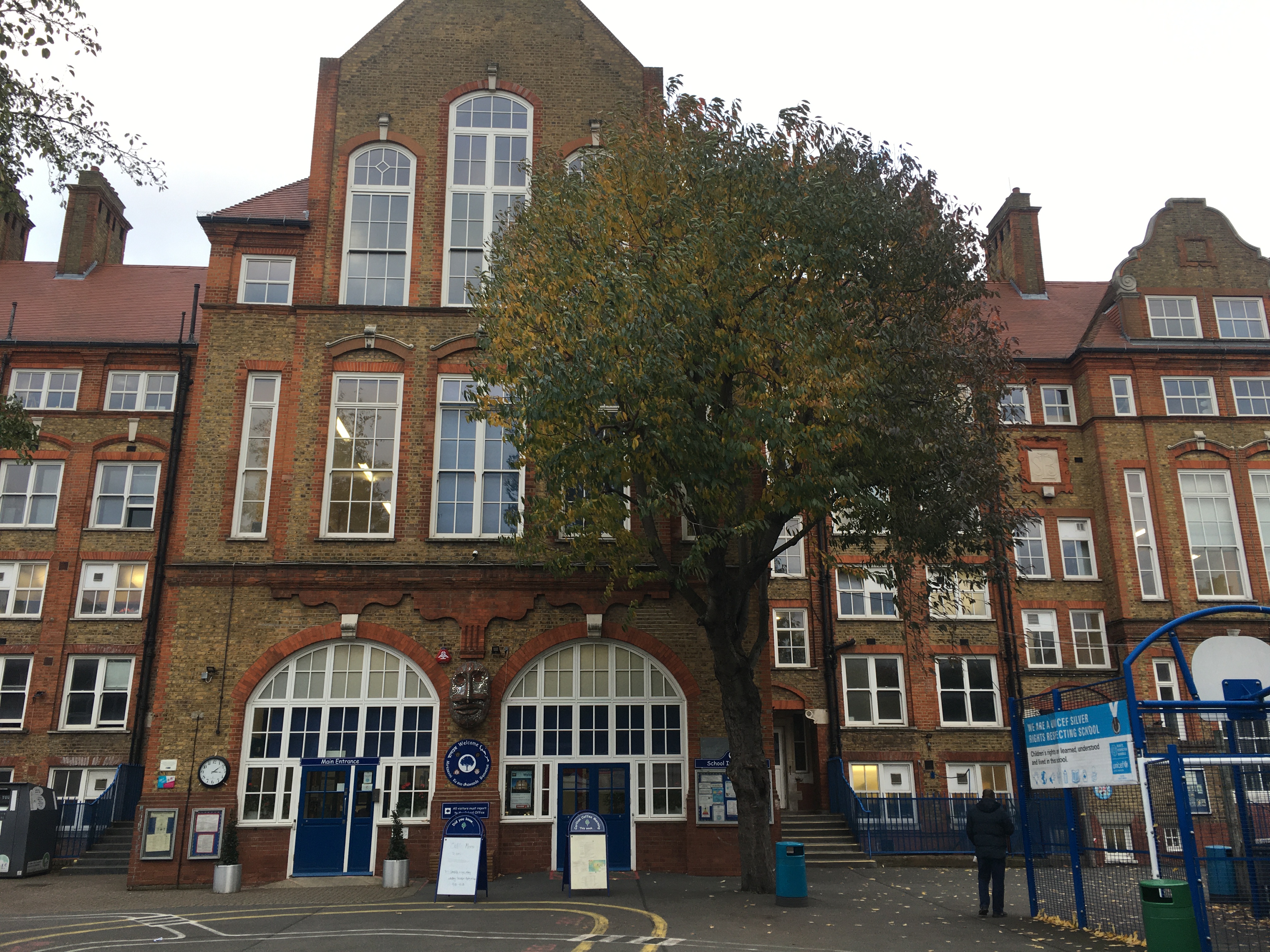 Carlton School in Grafton Road will close later this year

LABOUR Party members have been given details of what could happen to the Carlton primary school site – even though there has been no public consultation on the current plans for the Victorian buildings.

A meeting of the Gospel Oak Labour Party branch on Tuesday was asked for suggestions about what could go into a new community hub at the school in Grafton Road, although there was also a warning that some people “with deeper pockets” who use the services will have to pay.

Camden’s Labour-run council moved to close the school earlier this year – in the face of a protest from parents. It is being merged with nearby Rhyl School.

Peter Ptashko, a Labour member and vice-chair of governors at Carlton, said fundraising would be needed to get cash from external bodies and that he hoped members would be “ambassadors” for the project.

He added that priorities for the hub would be along five themes: education for pupils in Years 6 and 7; for pupils in Years 1 and 2; early intervention and parental support; adult education; crime prevention; and community-led services, including potential co-working spaces. Members also heard that the council was expected to make an announcement about funding soon.

The discussion, however, has led to questions as to why members of the Labour Party were given the information that has not yet been seen by the public.

When asked by the New Journal, Mr Ptashko said: “If you have a public meeting on Zoom you’re just not going to get the kind of stakeholders you’re looking to reach. If we simply go out to the community and say ‘what do you want?’, then we’ll get everything back under the sun, whereas if we talk to key stakeholders who have a vested interest in the hub or who will partner with it, or are in the community for a long time, we’ll get a much better idea of what we’ll be duplicating and where the demand is.”

Membership of a working group has been by invitation only, and members of the “Save Carlton Primary School” campaign have not been able to take part. There is no public record of which bodies the group has met with, or its membership.

Mr Ptashko, who has previously tried to be selected as a Labour council candidate, rejected the suggestion that meeting political party branches before the public – and before formal details were announced – was being exclusionary. “We will be going out to a wider audience later this year. Other political groups don’t meet as regularly, but if they invited me I would attend,” he said.

Some members of the Labour branch, however, are understood to be concerned over levels of transparency and secrecy. And Conservative leader Cllr Oliver Cooper said it had been unfair. “Camden’s approach is Labour first, community second,” he said.

“The council last year reneged on the cabinet’s promise to publish data that could have allowed the community to develop plans to keep Carlton open. That neutered the consultation and robbed it of ideas that could have saved the school. Having more discussions behind closed doors, within the Labour Party, smacks of a stitch-up.”

He added: “There seems to be a policy of divide and rule in the community, with no meaningful dialogue with anyone that might object.”