La Ferme is on course to shake up convention 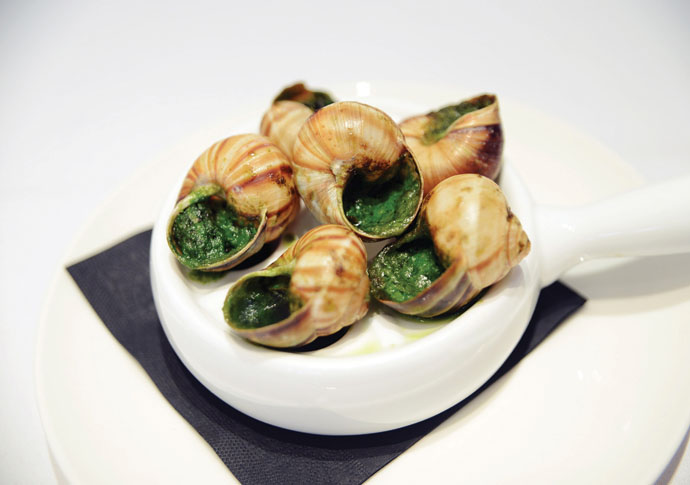 A Ferme favourite: the snails are a classic dish, well done

A SHARP pang of envy is my chief memory of dining here, the former home to Negozio Classica, an upmarket Italian wine bar in Primrose Hill.

One of the owners, an elegant ex-lawyer, had bought herself an organic vineyard in Montepulciano. When I popped by, she’d just flown in from Tuscany with a stash of truffles for the chef – her tithe for allowing hunters to roam the estate.

Fast forward a few years and there’s a new team at the helm.

The wine bar has closed and in its place there’s a new French restaurant called La Ferme.

François Guerin is the driving force: an impressive young man who fled Paris for London back in 2011.

“It was like an escape at the beginning,” he explains. “I left France because of the French mentality. People are really jealous … you can’t be successful.”

He’s worked his socks off to build his Gallic venture in our capital.

François runs a string of market stalls, including one that used to trade outside Shepherd Foods, just down the road.

His first branch of La Ferme restaurant, which he opened in Clerkenwell, is still going strong.

This new business in Primrose Hill is a fresh concept that François calls “bistromatique” – an attempt to shake up the stuffy convention of the three-course meal.

The menu here has three distinct components. On page one, you’ll find classic French dishes at reasonable prices: oozy cheeses, charcuterie, fois gras and the like, served in small portions to share.

Flick further and the chef (also his step brother) struts his stuff with a fancier menu – ambitious creations reminiscent of MasterChef.

Finally, chalked up on the blackboard is the daily market menu – a simple choice of two seasonal starters, mains and desserts (two courses for £15; three for £20).

The restaurant itself is a similar fusion of styles. Upstairs, there’s a swish, tucked-away bar with a fine selection of fizz and cocktails.

Downstairs, it’s exposed brick and wooden beams. One wall is covered in photographic wallpaper of a straw bale.

Our snails were a classic dish, done well. A more cheffy starter featured discs of root vegetable anointed with a buttermilk foam, red shiso leaves and dried fish flakes – a daring combination that didn’t work for me.

From the market menu, my main starred a fillet of poached smoked haddock with barley, wild garlic, peas and broad beans – a well-executed taste of spring.

To finish, we made swift work of a sophisticated tarte Tatin.

As a concept, bistromatique is a bold move. But mixing and matching across the menus, like we did, can create an erratic meal.

To get it right, decide on your mood and stick with it – classic French or roll the dice on some high-end, intricate cooking.