New buddy scheme to look out for neighbours 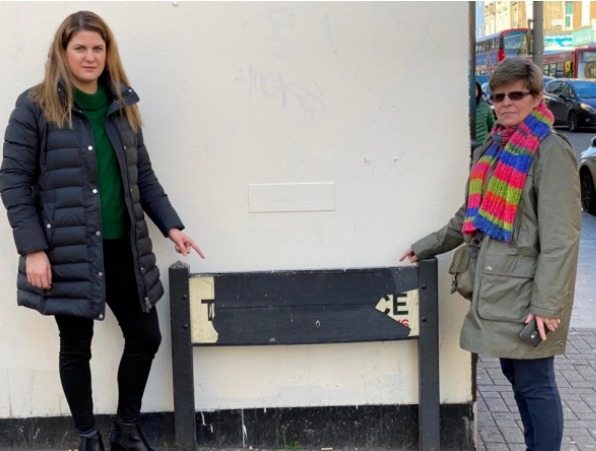 Clea Romeo and Agnes Peyser from Life In Kilburn

LEFT alone for three days without any food and not knowing when or if help is going to arrive – this is the reality of life under lockdown for many vulnerable people, community workers have told the New Journal.

Volunteers say they hope they can beat the risk of isolation for elderly people with a new “buddy” scheme to check on neighbours.

Agnes Peyser, who runs the Life In Kilburn community action website, told the New Journal that they had heard of older people who have been told not to leave their homes but left waiting with empty fridges and bare cupboards in desperate need for food parcels to arrive.

Ms Peyser and her colleague Clea Romeo have mobilised an army of volunteers to act as they watched a horrific situation unfold.

“So many people have been left in a really dire situation,” she said. “It is heartbreaking – but not surprising. So many have been let down by the system. It quickly became a nightmare – people were promised food parcels from central government, for example, and then they did not materialise. It means many have had no choice but to rely on the goodwill of others.”

She cited the case of two disabled people, each living alone. Both received letters saying they were on a government list for aid – but when their carers fell ill and could no longer work, they were left with no help at all.

Ms Peyser said: “When we heard about these two people, they had not eaten for three days. They were starving – and they aren’t the only examples.” In another case, a family whose fridge broke down had no way of replacing it. She said: “We have had people forced to self-isolate but left with no way of getting vital prescriptions. It has been completely shambolic.”

Ms Peyser and Ms Romeo set up the Life In Kilburn website two years ago.

“We were fed up with the idea that Kilburn was neglected and had a bad press,” she said. “People can be negative about our area and we wanted show another side to it. We wanted to help people engage and improve the place.”

Once the coronavirus crisis arrived, the website has tried to orchestrate some local relief. “I have neighbours who told me how nice it was to have someone looking out for them,” said Ms Peyser.

“We saw how that had worked and so we set up a ‘buddy’ system. It means we can link people on a one-to-one basis and they can get to know each other. We only ask for a first name, phone number and the street from anyone who wants a helping hand – we then pair them up with another person living nearby.”

As well as providing food shopping, the organisers said people had spirits lifted simply by conversation with other human beings.

l To contact Life In Kilburn call Agnes Peyser on 07894973434 or visit lifeinkilburn.com/buddyup/