His injuries are not thought to be life-threatening 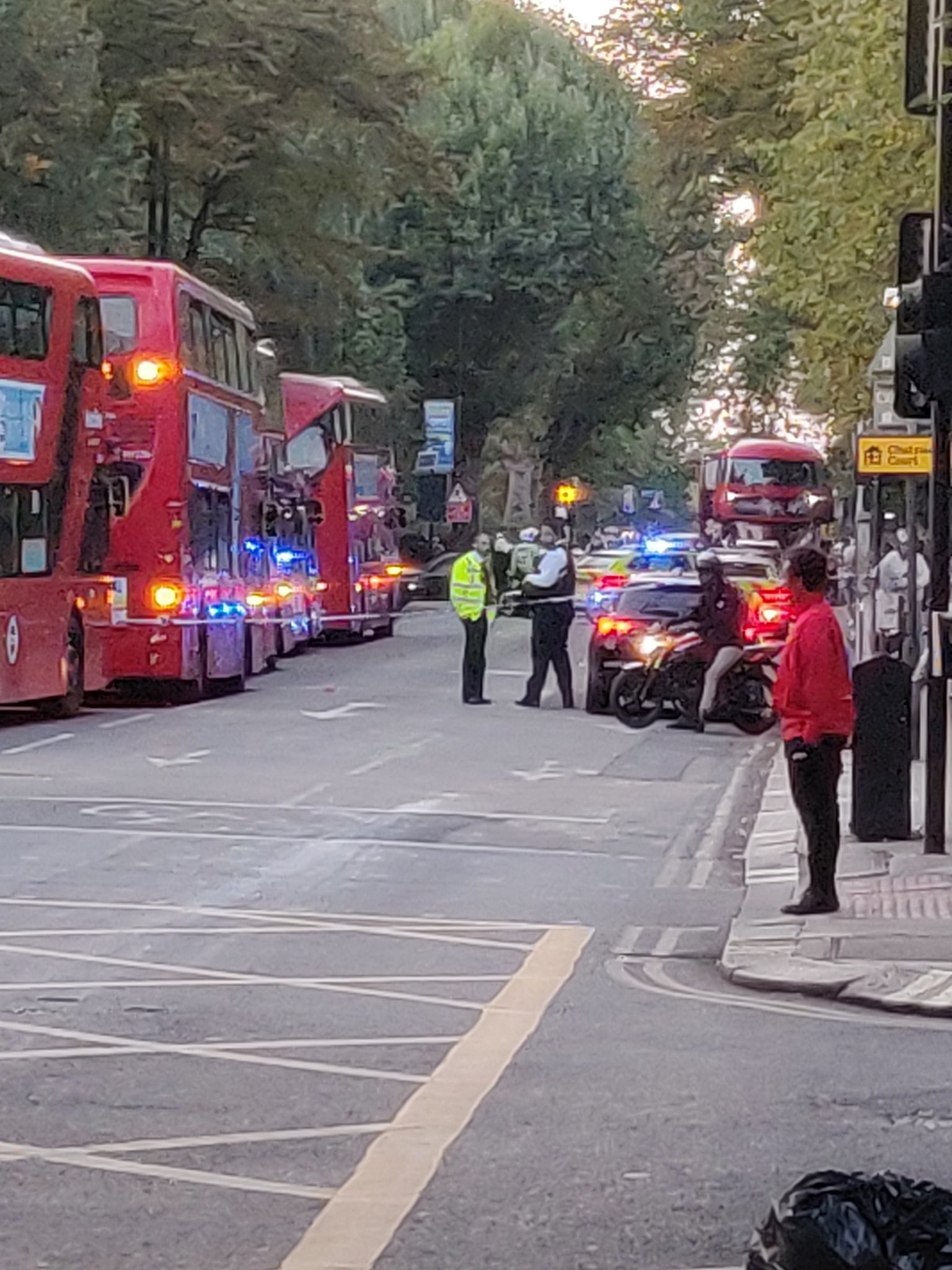 Police at the scene of the crash today [@LifeInCamden]

AN officer has been taken to hospital after his motorcycle collided with a police car on the Kilburn High Road this evening (Wednesday).

The crash happened just before 6.30pm at the junction with Shoot Up Hill.

Road closures were put in place, blocking traffic in both directions between Kilburn Station and Minster Road near The Mulberry House School. Police cordons were removed around an hour later.

A spokesperson for the Met Police said: “The officer has been taken to hospital as a precaution. His injuries are not thought to be life-threatening.”

Images of the accident emerged on social media showing the man being shielded from public view by his colleagues.