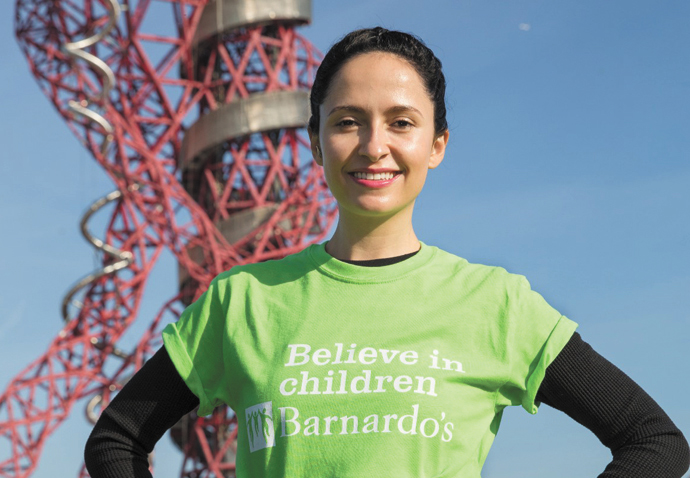 AN actor received a shock when her girlfriend told her she would be abseiling down a huge sculpture in just a few hours’ time to raise money for charity. Kate Holderness, who lives in Holloway, thought her Sunday was going to be just like any other filled with walks through parks and markets but she found herself abseiling down the ArcelorMittal Orbit in London’s Olympic Park for children’s charity Barnardo’s.

Kate, who features in Channel 5’s Elizabeth I drama series starring model turned actor Lily Cole, nearly didn’t go through the with drop. “I had a little bit of a cry and I think the rope man at the top realised I wasn’t going to do it,” says Kate. “But once I was on my way I saw the Barnardo’s team in the viewing window and that made it a lot better.”

She says her girlfriend Adele had forgotten to tell her about the abseil. “I just don’t know how she could keep something so terrifying from me. I’m going to have to see if Barnardo’s has any more terrifying challenges for her to do,” she says.

Other celebrities who took part in the fundraising drop were BBC Radio 1 DJ Adele Roberts and comedian and ITV presenter London Hughes – the celebs aimed to raise £10,000 in sponsorship.

Saddling up for a wheely good day 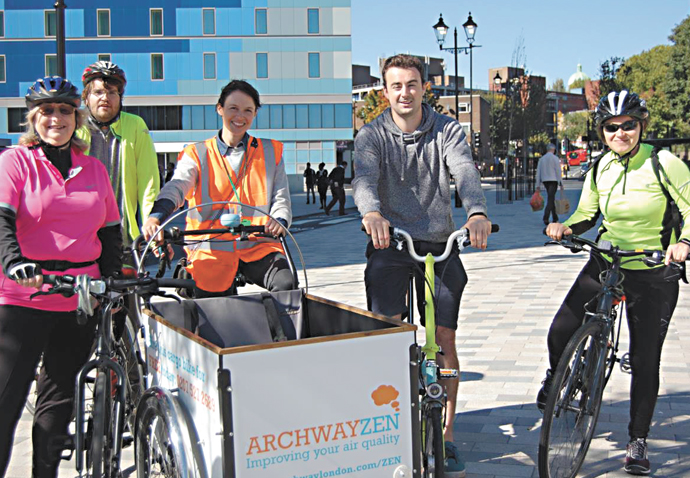 Taking a two-wheel tour of Archway

Friday was World Car-Free Day and to celebrate Archway residents zipped across the new pedestrianised town centre on a guided tour to discover their area. The riders familiarised themselves with the new approaches to Archway with the recently opened segregated cycle ways. The council’s bike checking service also had a stall on the square for the whole day and there was a continuous stream of residents on bikes getting their spokes poked and their chains de-greased.
Alison Dines, co-ordinator of campaign group Cycle Islington who organised the event with the Town Hall, said: “Any event which encourages cycling is a good thing, especially if it is aimed at people who don’t usually ride a bike. Now that the area around Archway has been redesigned we hope that more residents, and businesses, will consider using bikes for local journeys and an event like this is a great way to raise awareness of such possibilities”.
• To find out more about future cycling events in the borough go to: http://cycleislington.uk/

Revealing peek inside the priory 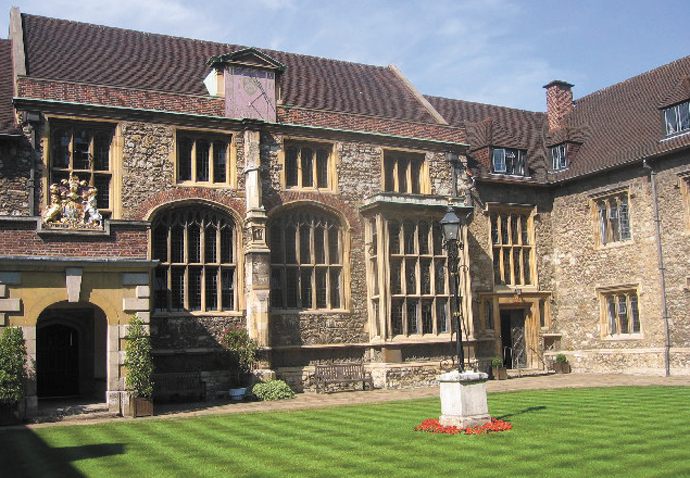 Parts of The Charterhouse are now open for public tours. PHOTO: Stuart Taylor

LAST weekend saw the public explore usually closed off buildings as part of Open House London and properties around Islington opened their doors – some for the first time. I took my mum to The Charterhouse building in Smithfield, just within the borough. Built as a Carthusian priory in 1371 the order was dissolved during the Reformation in the 16th century and later became a school and an almshouse. With the property still serving as an almshouse that houses around 40 elderly people we weren’t allowed to freely explore the grounds but were taken on tours around the chapel. The chapel houses a beautiful organ and was reportedly a favourite haunt of the composer Joseph Haydn according to the tour guide. Other notable parts to the chapel pointed out by the guide included engraved names by bored students from when the adjacent building was a school in the19th century. What was most interesting to learn was that services at the chapel are conducted using the 17th-century language of the Book of Common prayer. A small museum next to the chapel presents life in the almshouse and even holds a map of the plumbing system the buildings used. To find out more about The Charterhouse go to: www.thecharterhouse.org/