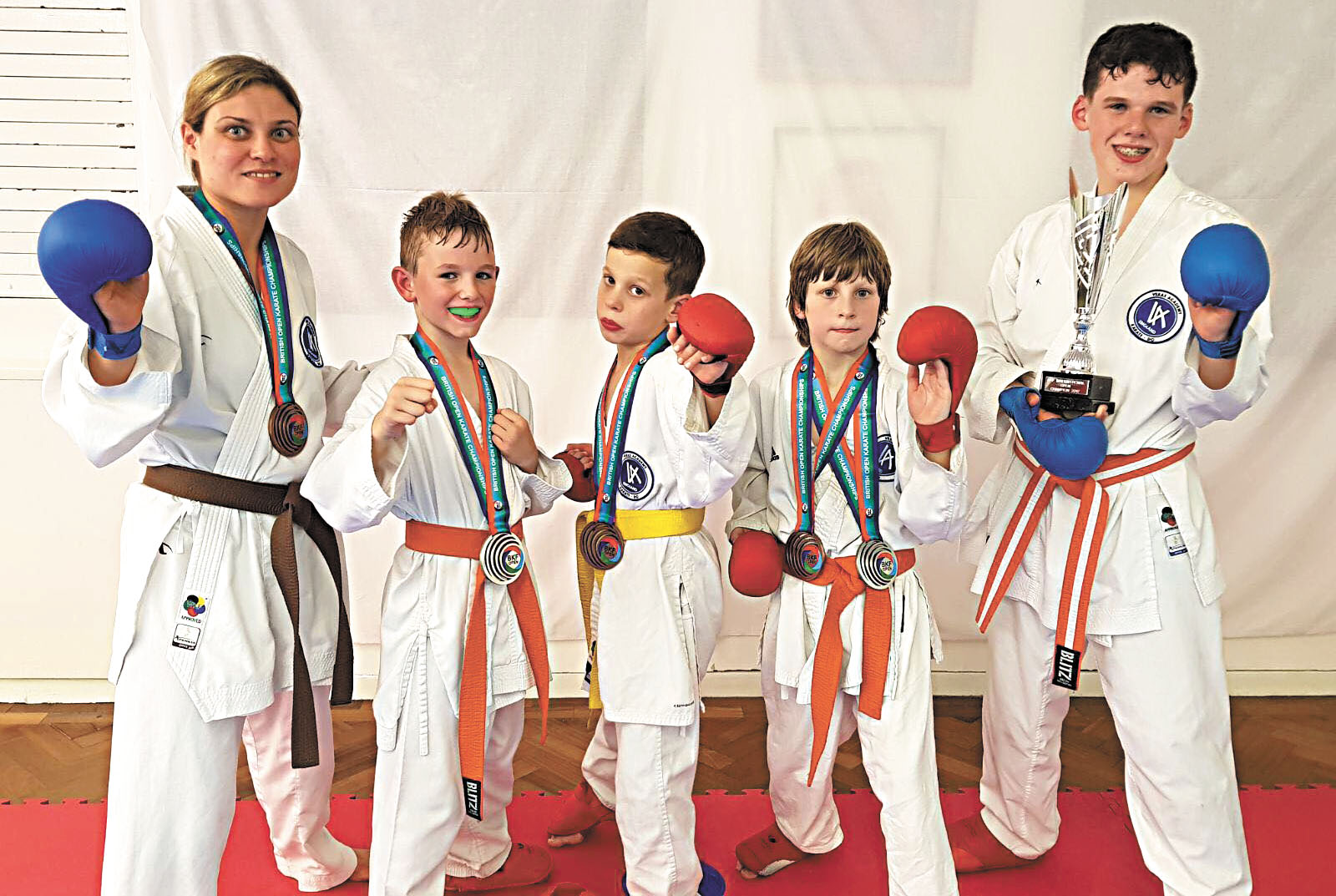 MEMBERS from the Veras Academy shone in Edinburgh when they competed at the British Karate Federation International Open.

Jack Gentilli-Walsh and Isaac Gibson kicked off the two-day tournament in style when they scooped a silver medal in the 7-10 years pairs kata, an event in which competitors are judged on choreographed patterns of movement.

Isaac was then celebrating again when he joined his younger brother Dylan to win a bronze medal in the 7-9 years pairs kumite, a form of fighting.

The talented Harry Elves struck gold in the disability kata to ensure that the first day of action ended in glory for the club, which holds weekly sessions in Camden and Islington.

The success continued on the second day, with Donna Blake claiming a bronze in her senior kata event, while Jaydon Sullivan won a bronze in the Under-21s minus-75kg kumite.