Kane's kiss-and-make-up performance takes the headlines, but it was young winger Bryan Gil who caught the eye as Tottenham beat Pacos de Ferreira 3-0 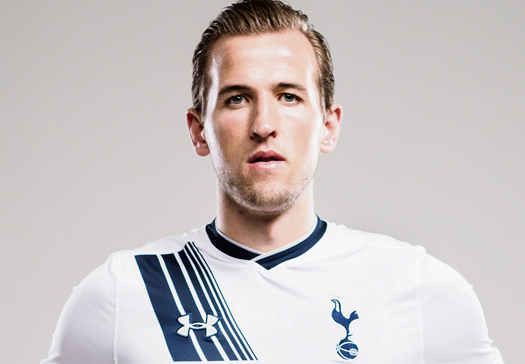 IT was an emotional reunion – Harry Kane making his first start of the season, having yesterday (Wednesday) put to bed the chitter-chatter about moving elsewhere.

And it could not have gone any better as he struck two clinical first half finishes in a very comfortable evening at the Tottenham Hotspur Stadium in this third tier European competition.

Nuno Espirito Santo, whose side were a goal down after a terrible first-leg away performance against Portuguese minnows Pacos de Ferreira, brought in the big guns in the shape of Kane, Lucas Moura, Eric Dier and Giovani Lo Celso.

But it was summer signing Bryan Gil who stole the show: while Kane’s goalscoring return brought smiles to 30,000 faces in attendance, it was Gil’s performance, full of pace and purpose, that stood out.

Everyone knows what Kane can do and goals were expected – but Gil is somewhat unknown. On tonight’s (Thursday) showing, he won’t be unknown for long.

Speaking after the game, Espirito Santo said: “Bryan was full of energy and this is what we wanted, reaction to loss of the ball. He brings talent every time he goes to the final third of the pitch. He needs to improve in his decision-making, but we are here to support him.”

The Spurs boss also praised Kane, who was made captain for the night upon his return to the starting line-up.

“He played good, and he scored,” added Espirito Santo. “He had good movements, helped the team in possession, out of possession, and helped recover the ball. He is still improving, but playing is the best way to improve.”

Within 20 seconds of the kick off, Kane got in behind the visitors’ defence and saw his effort beat the keeper but squeak over the bar. It was a harbinger of what was to come.

Within minutes, Harry Winks won the ball back neatly and, instead of slowing things down, crafted a pass over the top that beat the offside trap and saw Gil dash into space.

The winger got to the byline and cut the ball back for Kane, who was lurking just outside the six-yard box. He took one-touch to get the ball out from under his feet, and then calmly side-footed the opener home with less than 10 minutes on the clock.

The home side kept up the pressure, and Gil was at the centre of all of Tottenham’s creativity, making runs that Winks and Kane particularly delighted in picking out.

Just after the half-hour mark Gil was unlucky not to get on the scoresheet. Linking up again with Kane, the youngster saw an effort from the edge of the box deflected on to the post.

Pacos could not get out of their own half as Spurs employed a pressing style not seen since the early days of Mauricio Pochettino.

And it was this determination to close down their punch drunk opponents that created the second on 34 minutes. Kane won the ball back in an advanced position and saw his shot blocked. Lo Celso was on hand to keep things alive in the box, and Kane got onto a loose ball before calmly finishing through a thicket of players.

Tottenham dominated the second half, controlling the tempo and seeking a third. It was free-flowing stuff, and they got what they deserved on 70 minutes when Lo Celso’s delivery ended up in the back of the net courtesy of a deflection off Pacos defender Vitorino Antunes.

The headlines will be about Kane’s kiss-and-make-up performance, but it was also about Gil announcing himself. His showing tonight suggests a very bright future.