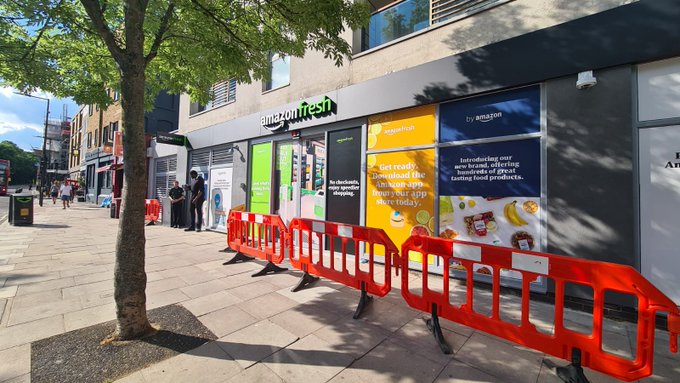 AMAZON opened its new “just walk out” supermarket in Chalk Farm on Tuesday.

The New Journal had revealed in April how the tech giants had ear­marked a former bike shop for their arrival in NW1.

The “Amazon Fresh” stores – there are now five in London – do not have cashiers like regular supermarkets. Instead, shoppers use an app on their phone to enter the shop and then walk out with the items they want.

The bill goes to their Amazon account. Sensors on the shelves and cameras in store work out what has been bought. The company call it “just walk out shopping”.