'All her life was the market and her family' 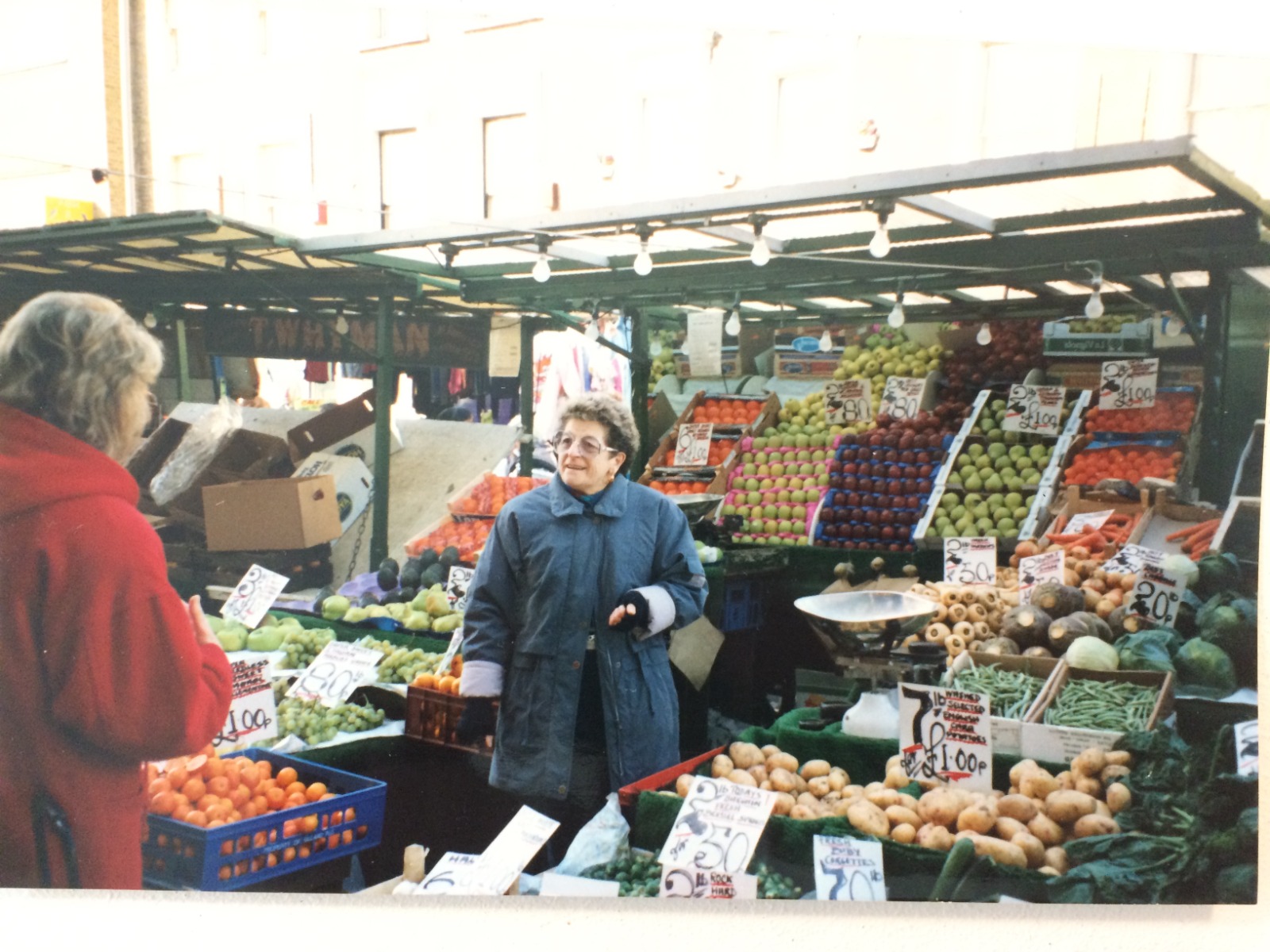 Julia at her stall in Queen’s Crescent

JULIA Kathleen Benson worked the same fruit and veg stall for most of her life, just like her mother had done before her.

Together, they had put in more than 100 years dishing out oranges and apples at the market in Queen’s Crescent.

Unsurprisingly, then, tributes have flooded in from regulars after it was announced that she had died from lung cancer on Monday, aged 93 – many of whom fondly recalled a lost, golden age for street traders.

Her daughter, also Julia, said: “She was a very, very strong person. She wouldn’t let anyone walk over her. She worked all her life, very hard.”

She was described as more quiet and reserved than her fellow stall-holders – she would not holler out like a typical market trader.

But like her mother, Rose Whyman, she became one of the most popular – and was always serious about what she was selling.

Grandson Jay Boosey said: “She told me where to go, what to get, what to look out for. I remember she sent me out for these special oranges. You must get nothing else, she said.

When I got them back – the smell and the colour, honestly when I squeezed them, I hadn’t seen anything like it. She loved her oranges. And a nice piece of cake.” 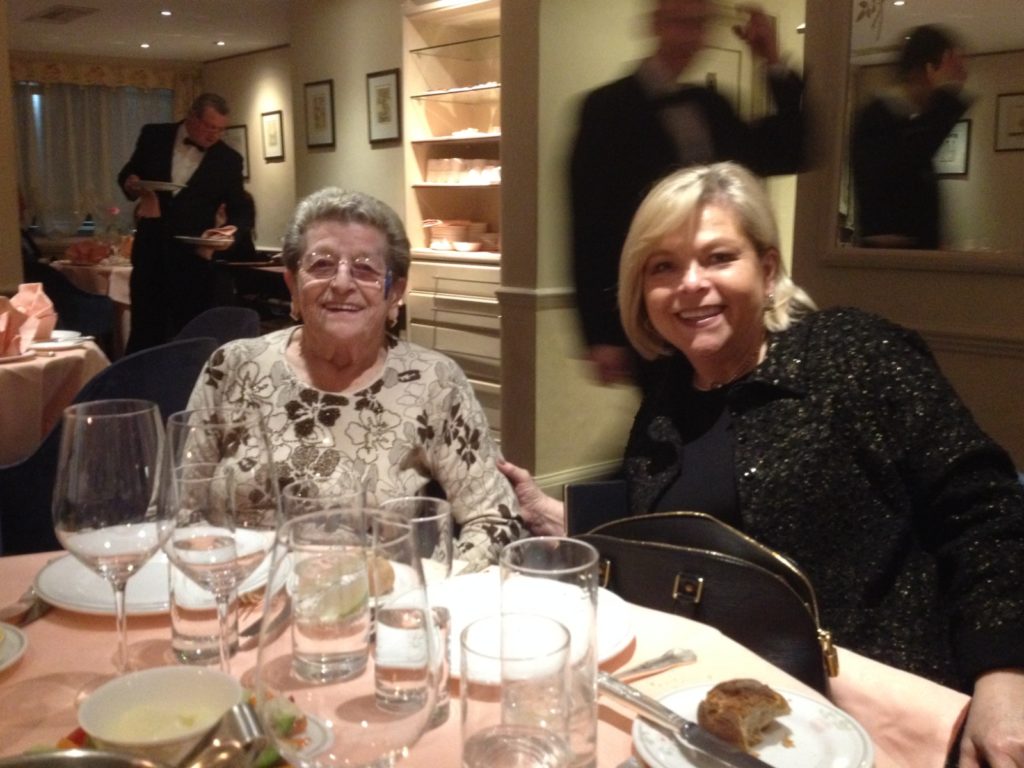 The family laughed this week as they remembered how Julia’s father, Tom, had run stalls in a time of horses and carts, and how he once had to be carted home himself after having too much to drink.

One of six children, Julia went to Rhyl Primary School. She lived in Queen’s Crescent and Camden Town, before moving to Primrose Hill in retirement. 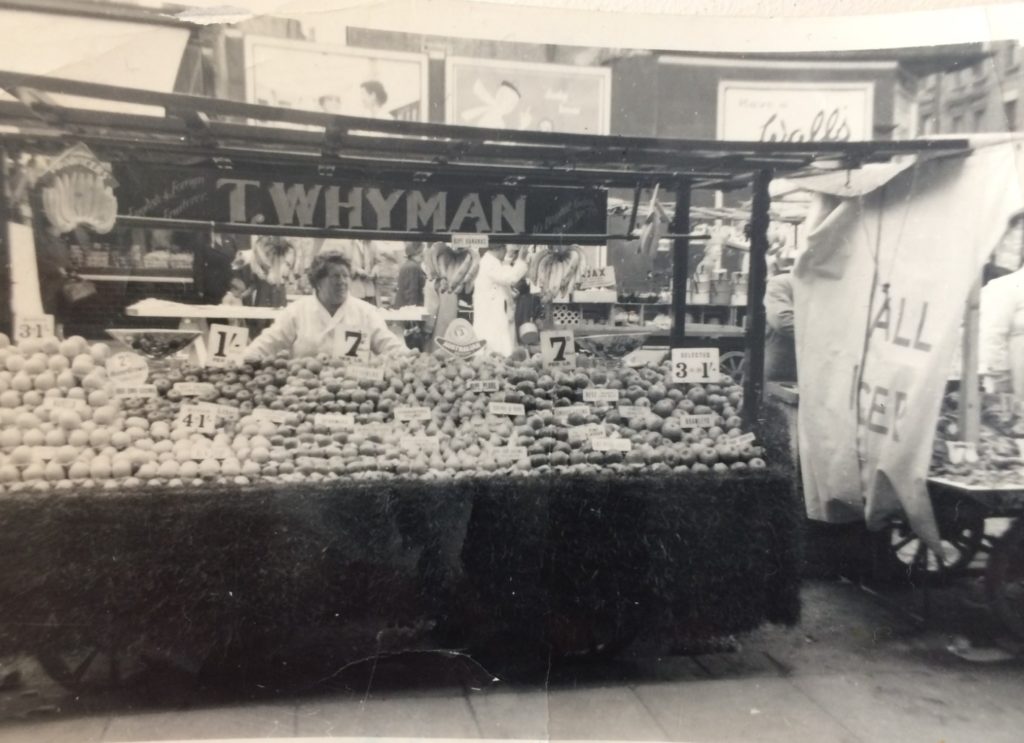 Her son John Benson, who died five years ago, worked with her on the stall for many years. He would set it up twice a week and get the produce from Covent Garden or Spitalfields markets.

“She never really got over him dying,” said Jay.

“All her life was the market and her family. So many people have been getting in touch with memories so we just wanted to let people know that she’s gone but not forgotten.”

He added that she was still coming over to clean his flat, sometimes getting in the bath to scrub the tiles. She had a routine that began with the dusting before going down to Camden Town to shop in M&S on the No 274.

Julia said: “She was like OCD – everything had to be clean. You had to get your shoes off as soon as you came in. There was a duster on every floor of her home. Every day she’d get up and go over the house.”

When she was done, her daughter added: “She liked to read newspapers. She loved EastEnders. And she would clean. She was modest, she kept everything to herself.”