'He was trying, and succeeding, to change the face of graffiti in London' 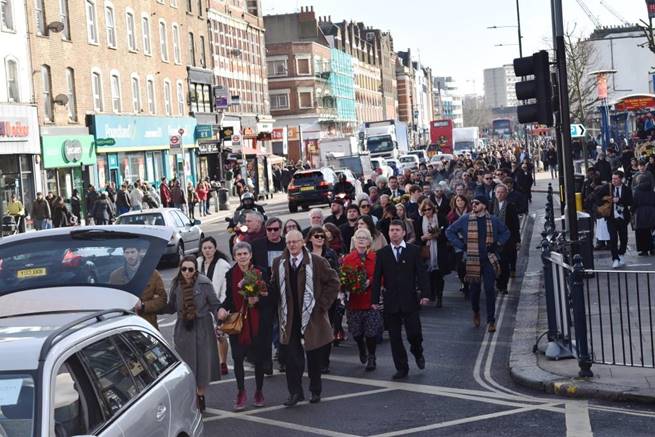 ARTIST, curator, inspiration and friend to so many, Jan Francis’s talents broke down borders and boundaries.

The 32-year-old, who died on Boxing Day, was the driving force of ATG, a north London artists’ collective which became famous for dramatic public work in vibrant colours in unexpected places and with a humorous twist.

Born in 1985, Jan grew up in Kilburn and went to Beckford Primary and then Hampstead School. His mother, Solveig Francis, helped open and run the Camden-based Crossroads Women’s Centre in 1975. His father, Martin Weise, a skilled builder, had been in the political movement in Berlin before reunification. Jan’s upbringing was in an environment committed to anti-sexism, anti-racism and instilled principles of caring and social justice. 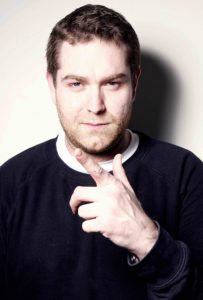 It also meant he knew his legal rights on the street and informed others.

Jan showed artistic talent and imagination from a young age. In his ‘autobiography’ age 10, he wrote: ‘My hobbies are swimming, drawing, playing football, riding my bike … making models and crafting things.’ Aside from the football, the list stands with the additions of music and travelling.

On leaving Hampstead aged 15, Jan tried art and design courses but left finding the curriculum too restrictive, and was never one for academia as an alternative.

Jan’s base was South Kilburn. He learnt its history, and lamented how its communities and character were being destroyed by gentrification and unattractive housing developments. He was ever angry at the lack of spaces for young people to be together in the area and was able to get funding to run mural workshops.

But he was also an adventurous international traveller who toured Latin America, China, India and a train voyage through eastern and western Europe, leaving his famous mark and befriending people wherever he went.He started art murals age 12 and as a teenager, he was a key figure in establishing the celebrated crew ATG, working under the name ‘Aset’.

He would skate – and create art work – in the car park at the O2 Centre on Finchley Road. It was here he met others interested in graffiti art.

A fellow ATG member, Panik, said: “I met Jan when we were 14. He was already known for having incredible style. His tag was a type of ‘new age calligraphy’. People had heard about it before they saw it, and people would want to watch him do it. We were active writing across London, and what Jan brought was quality control. He would say: this is how we are going to approach graffiti.”

This meant when he found a site for a piece – often having clambered over a wall or on to a roof – he would not do what was a common move by artists, which would be to use silver or black spray paint on walls as it would show up easily and not seep into the bricks. Instead, he would take masonry paint with him to use as an undercoat and primer, and then paint on top of it. It made his work even more eye catching.

Panik added: “He was trying, and succeeding, to change the face of graffiti in London.”

Jan was deeply influenced by the culture of the places where he worked and lived. He loved the Notting Hill Carnival and Glastonbury festival. His eye catching style was a regular sight at Worthy Farm, influenced by the north and west London graffiti of the 1980s and early 1990s.

He believed in bringing people together. In 2008, he was key in taking the ATG crew in a new direction. They decided they would not solely be creating street art but would incorporate music and other ideas, channelling their artistic aspirations and talents in different directions. Jan became a figurehead for others, providing active support for DJs, musicians and artists to blossom. Many of the DJs he encouraged have since gone on to earn their livelihoods in the music industry.

Friend Lauren Van Veen (DJ ‘Elvee’) echoes other young women’s experience: “He was a leader and protector in any group. He always made sure the girls were OK at parties, and was one of the few people to book and support women DJs.” Jan said that his mum’s work and having a younger sister were critical influences.
Jan enjoyed some successful shows at galleries such as Hackney’s Pure Evil and Kentish Town’s Flaxon Ptootch. But this indoor studio route was never his inclination.

Last spring he worked in Nepal, where he volunteered at a rural school, providing art lessons and created murals with the students. The school is naming an art building after him. Shops, hostels and bars in India and Nepal sought him out to decorate their fronts.

In August last year, Jan was invited by the street artist Banksy to stay at his Walled Off hotel in Bethlehem. With Panik, he painted a huge piece on the wall – Stand Taller Than Walls. They visited Palestinian refugee camps and were due to return this year to run mural workshops.

He was fiercely anti-establishment and anti-war, proud to be left wing and independent of political parties. At the behest of the Refusing To Kill men’s group, he painted a large banner defending Lt. Watada, the first US officer to refuse to fight in Iraq.

His mother says: “Jan has left a huge hole in our lives. It is hard to say how much we love him. I will forever miss his love and support, his care for his sister, his down to earth perceptions, his street wisdom, his sense of fun and occasion, his boldness and enthusiasm.’

He is survived by his parents and their partners, Sarah and Michael, his sister Roisin and brother Alex, his German sister, Tanja, and a large extended family.