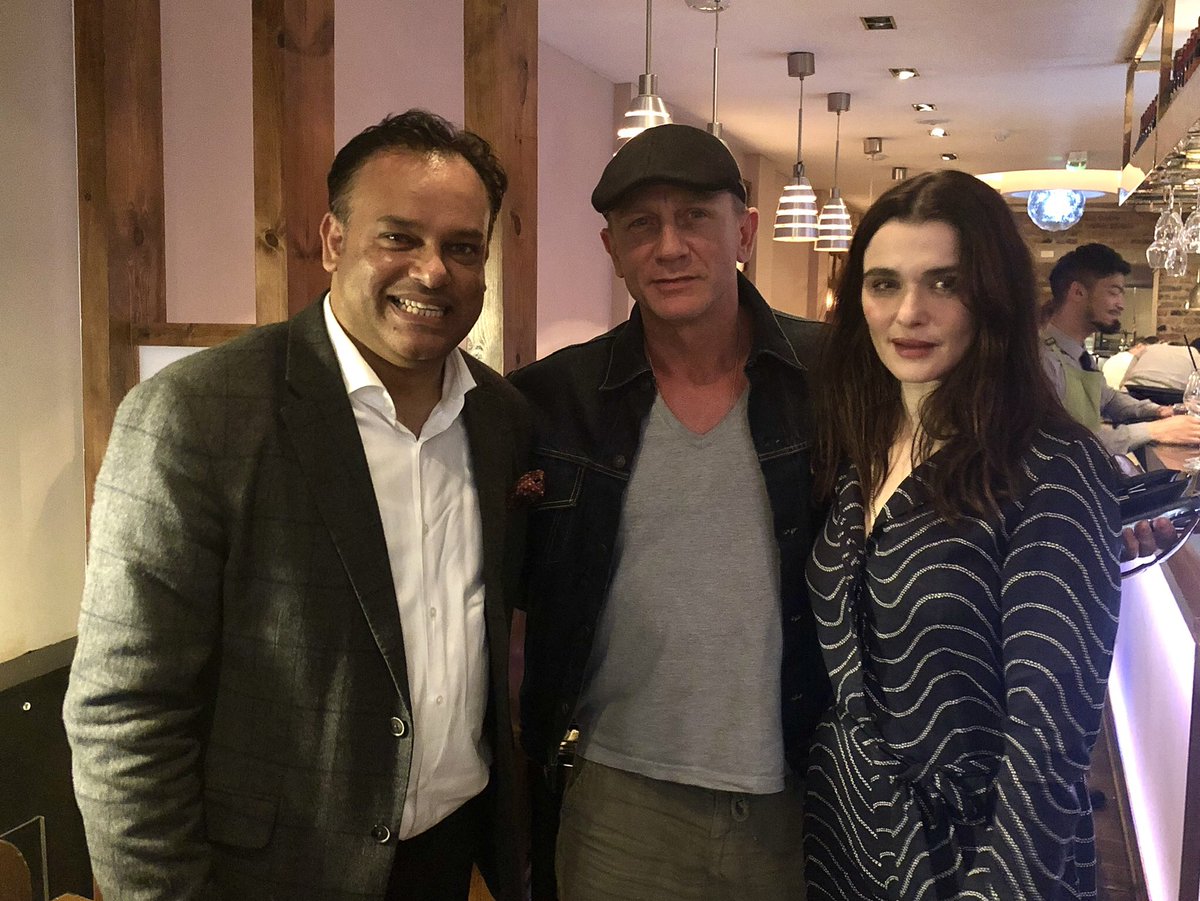 The happy couple, who married in 2011 and own a house in Camden Town, dined at the award-winning Namaaste Kitchen in Parkway, known for its modern take on Indian cuisine.

Craig is currently working on the 25th Bond film – a title has yet to be announced – and his last in a five film stretch playing 007. It is not expected to be released until next year after delays in production. Prince Charles made a visit to the set earlier in the week.