Jab volunteers not there to get this government off the hook 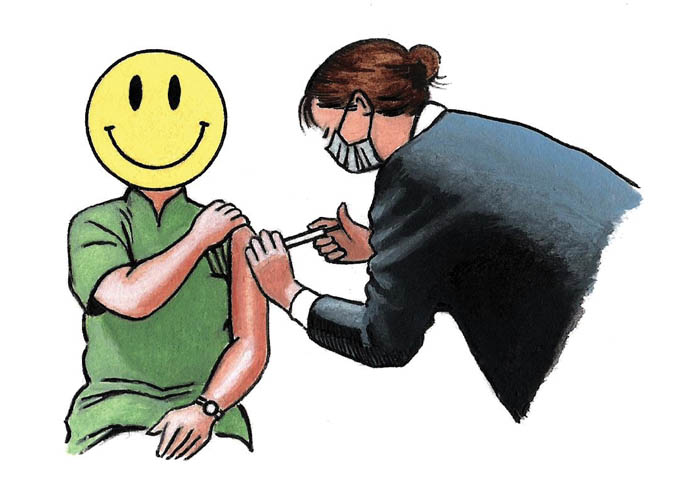 MANY hundreds of volunteers have come together to make the vaccination programme in Camden such a success.

Today we say thank you to all those who have selflessly found the time and energy to support the NHS during the pandemic. Even those who have turned down the offer of the jab will have been lifted by this impressive show of community spirit.

Volunteers have obviously played a crucial practical role in the vaccination process. But they also brought an overwhelming warmth to the experience for tens of thousands of residents in Camden.

Vaccinators, admin workers and marshals spoke this week about the positive atmosphere in the borough’s clinics.

Most residents will have found a friendly face, perhaps a neighbour or a colleague, greeting them at the door. The appointments, which for many could have been a nerve-wracking experience, did not feel contractual.

This was not some sort of vacuum-packed transaction with the public from the kind of production line-style service that exists in so many areas of modern life.

It is for this reason, as well as the practical help, that the volunteers have and continue to make the project such a success.

But despite the praise there needs to be some caution. Volunteers are, like the frontline workers, feeling burnt out. Some who work or look after children all week have been giving up their spare time for more than six months now.

As the furlough ends, and millions of people go back to work, the pool of people ready and willing to help out is going to shrink. Most are already at breaking point and, justifiably, decide to go back to normal life after a long and arduous stint.

The future of the “volunteer army”, as it has been described by the government, is uncertain. The kindness of strangers cannot be relied upon indefinitely.

Volunteers can help the NHS but they should not be propping it up. That was the “big society” ideology of the austerity years.

When the NHS faces a winter crisis, even if the voluntary sector could help, is it the role of charities to bail out a public service that the state has allowed to run behind demand?

Volunteers should not be seen as a cheap source of mass labour, used to undercut paid professionals. They are not there to let politicians off the hook when they have failed to finance public services properly.

But what the government must not do is to treat the generous spirit of volunteers as a panacea for the problems of underfunded and under-supported public services.

It is wrong and, worse, it won’t work.