'They took advantage of me', says familiar street figure, 'I had no idea I would be in the video' 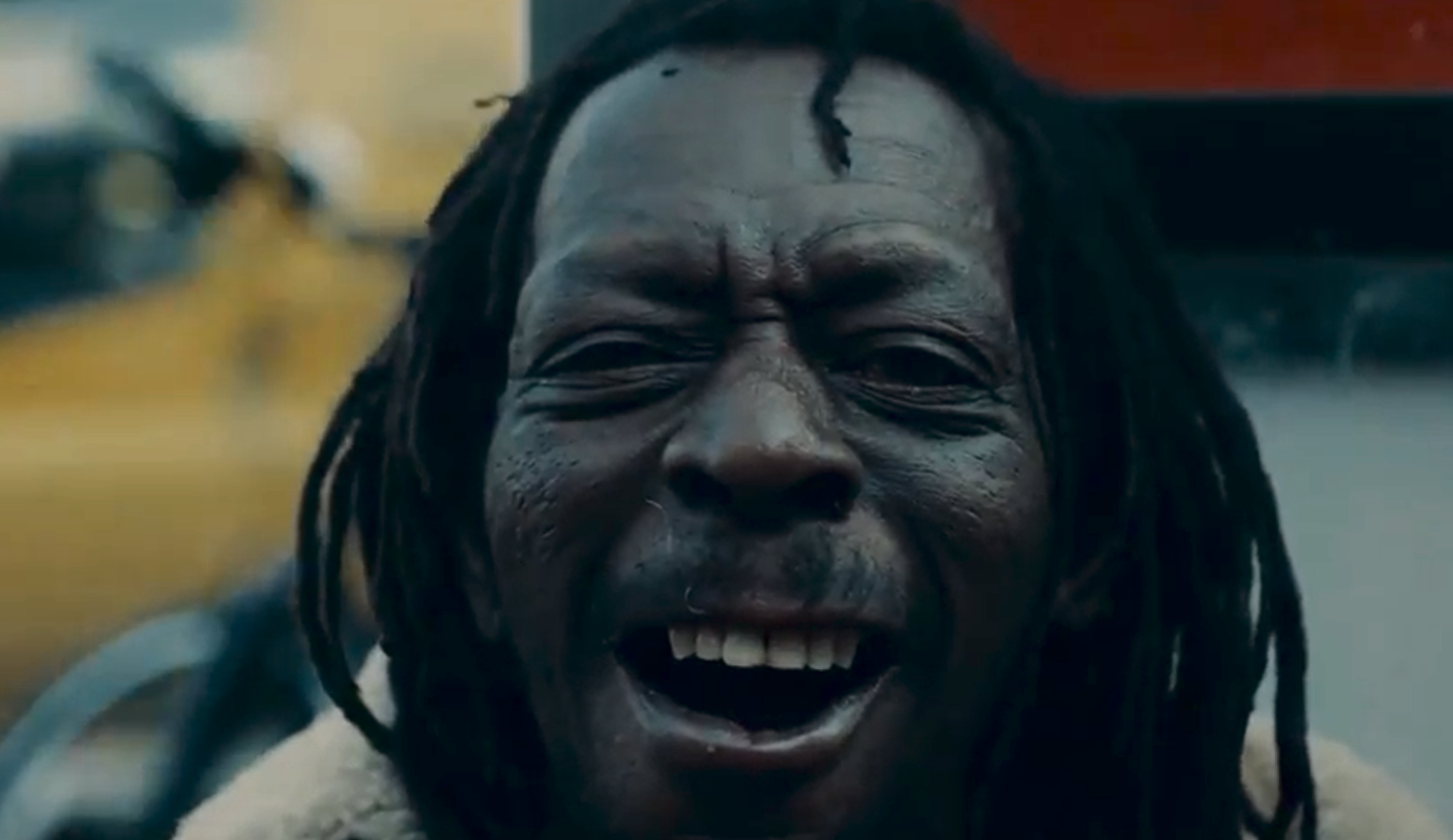 A HOMELESS man who featured in a council-commissioned video promoting Camden’s cultural cachet has said he did not give his consent and feels he was exploited.

The broad smile of Chikezie Nnadi, 54, who is a familiar sight to many in Camden Town, where he has become known for telling passers-by to “have a good day”, stars in the closing scene of the council tax payer-funded film.

He visited the New Journal office after seeing his photograph in last week’s paper alongside an article about the video, produced as part of a Town Hall bid to be named “London Borough of Culture” in a competition run by London Mayor Sadiq Khan. The council spent £2,500 on the film. It is working out a budget to pay for a bid which it thinks will wow judges at City Hall, who will give extra funding to the local authority that wins. Camden is red-hot favourite to emerge as winner due to its literary and musical heritage.

Mr Nnadi, who says he is sleeping rough after months of sofa surfing, said Camden was a shoo-in for the title, but felt aggrieved he had not been made aware that his image would be part of the bid. He said: “I had no idea I was in the video and I didn’t get paid for it. I’m homeless and would like to be paid for my part. I didn’t have a clue [I was filmed]. I was probably drunk on the night and they took advantage.”

The film Camden spent £2,500 as part of its bid to win the award

Mr Nnadi can often be found sitting outside Sainsbury’s in Camden Road, where he calls out to people to “have a good day” or tells them: “I love you.” Reader Felicity Schultz, who wrote to the New Journal after seeing his face in the paper, said: “On a day I felt particularly miserable he called to me: ‘I love you.’ Spirits lifted, I called back: ‘I love you too.’ He went all coy. The way small boys do. “This charmer, man and boy, is a natural ambassador for the rough, yet true, edges of the streets of Camden.” The spoken word narrator of the video poses the question: “What is Camden?”, before offering possible answers, including: “Camden is Fitzrovia lunch breaks with mates, lunch dates in Regent’s Park, lolling in the sunshine with dogs that nearly, but don’t quite, bark. Camden is kids playing hard on Kentish Town concrete courts, more about friends than sports.”

Asked for his take on the “What is Camden?”question, Mr Nnadi, said: “Energy is the word that comes to me. When you get up to the market, it’s just so buzzing. I love Camden.” 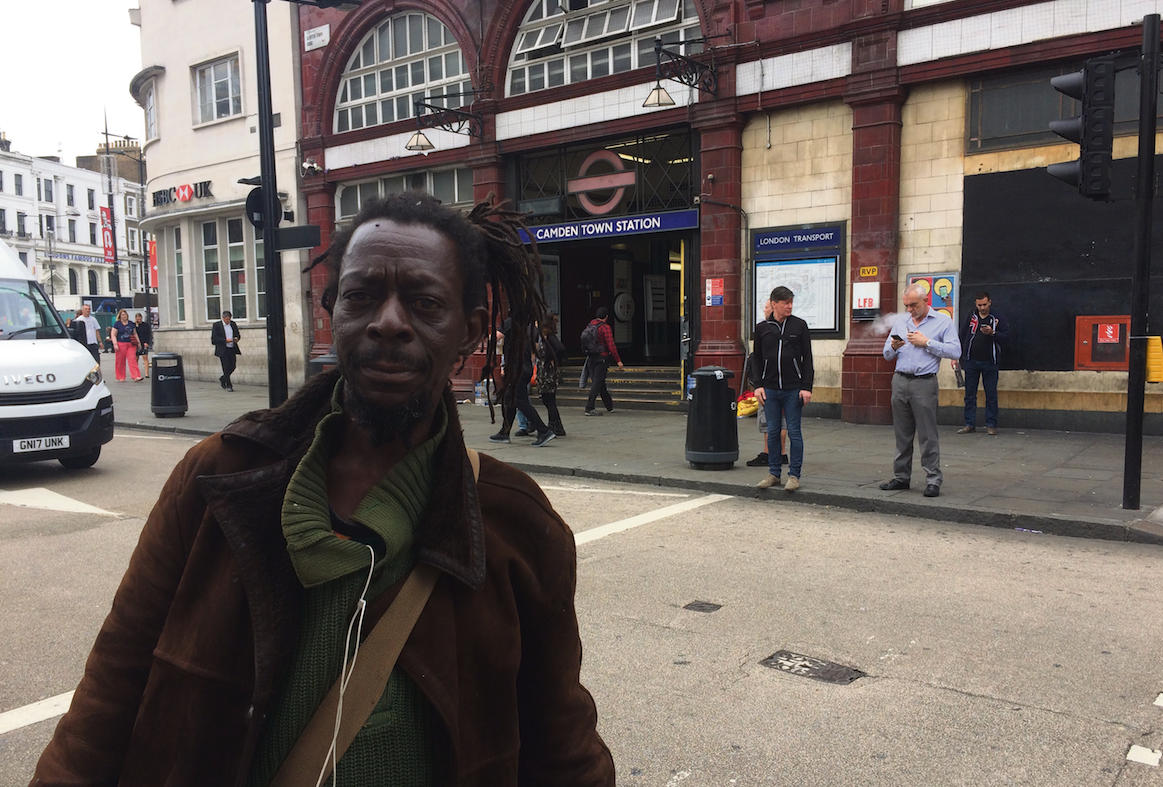 Mr Nnadi, originally from Camberwell, said that, after being deported for being in the US illegally, he was put up in a hostel in Camden Town. He estimates he has been here for the past 11 years. Of his signature call, he said: “I love everyone. That’s why I say: ‘Have a good day.’ That’s what I expect: to have a good day and I wish everyone else a good day. I think it’s a good thing to say. I also say: ‘Girl, that dress is wicked.’ The majority of people appreciate it.”

A Camden Council spokesman said: “We’re very confident the film-makers acted as agreed with us to make clear to all participants that this film would be published and could be featured in newspapers, on TV and radio, websites and social media. We’ve contacted them to strengthen the process of approaching participants in future.”

Camden’s Safer Streets Team, a charity combat­ting street homelessness, has contacted Mr Nnadi and “will provide the support he needs,” the council said.