It’s time for a public inquiry 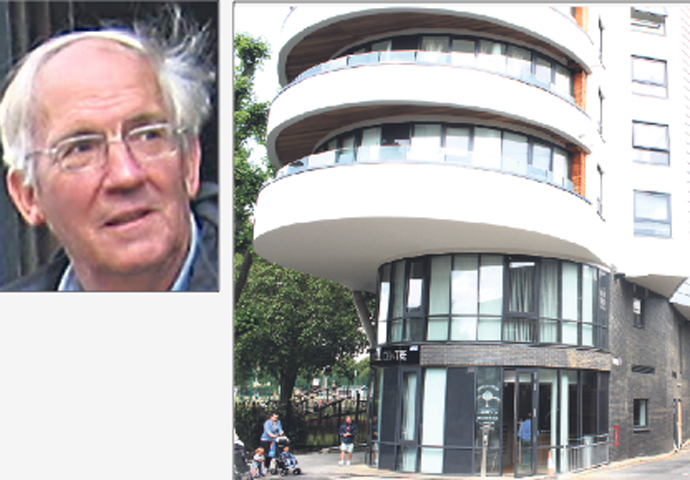 Nick Harding, and the apartment building next to Talacre Park

JOHN Gulliver tells us that “a briefing document is being prepared for two senior councillors” about overage owed for the Talacre development, (Lawyers tell Town Hall: Forget £3million debt – it can’t be collected, August 6).

Can we be confident that those councillors will be given the full facts or will those providing the briefing stick to Camden’s party line?

Camden’s response to a Freedom of Information request in June states that “Any suggestion that this documentation was not drafted to professional standards is not accepted”.

This referred to the document that constitutes the sale agreement for the land for which Camden has received just £325,500 – and has been unable after six years to get the further amount of several millions of pounds that it is owed.

In earlier FOI responses, Camden officers said, time and again, that the issue of overage was “complicated” and that made it difficult to make progress in recovering it.

What sort of document should a lawyer propose to his client that can’t be sued on because it’s complicated?

And shouldn’t Camden, as the seller, have expected the full amount owed to it (and thus to us, the residents of Camden) to be settled before flats are occupied?

So this very sorry tale has seen a document drawn up for the sale of highly desirable land, valued at a fraction of its worth, with an agreement to increase that amount when the flats are sold – but which failed to ensure the increase was agreed and paid before it was too late to collect it.

How will Camden officers, briefing the councillors, reconcile these facts with that FOI response.

No, what is needed is two things.

First, Camden needs to act swiftly and take vigorous action to establish and recover what is owed for overage.

Secondly, to have a form of public inquiry where those of us who have followed this saga for over 10 years can bring out the many instances where the public interest has been ignored

One: Talacre sports centre was built from funds given by Sport England and the development required the consent of the Mayor of London.

Sport England wrote to Camden objecting to the scheme on the grounds that it made access to the sports centre more difficult. Camden replied that: “The route through Talacre Park is short, well-lit and safe”.

However the park is closed at night and always had been. Before we were able to point this out, the mayor had made his decision to support the scheme.

Two: An agreement, separate to the sale agreement, and known as a section 106 agreement, required there to be a marshal on duty outside the sports centre when it was open for all of the future. The marshalling lasted a few weeks at most.

The owner then claimed that there was no need for a marshal as so few people visited the sports centre.

I wonder if it is normal to accept a traffic survey from an interested party?

Anyway I made some observations and took some video clips during that period. They showed many more vehicles.