It's June! Giant mural of woman painted onto council estate where she has lived for 50 years 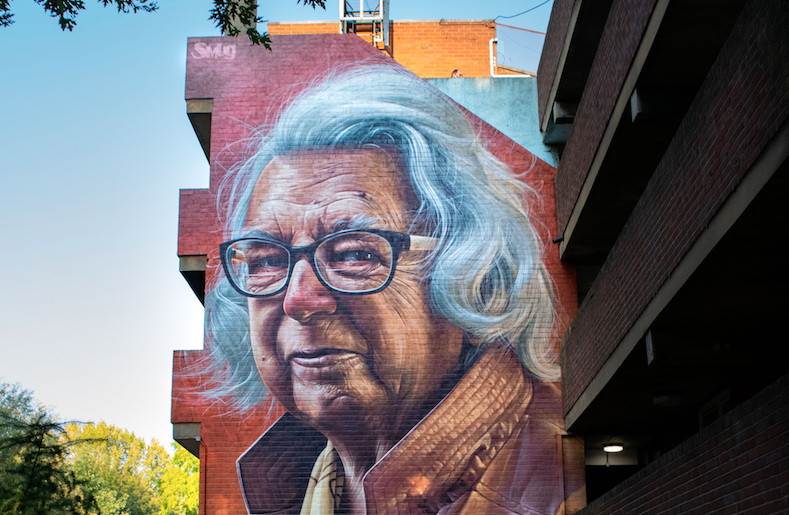 NOBODY told June Rose Barber just how big the spot of painting close to her flat in Kilburn was going to be. So the 86-year-old was understandably a little startled to see a giant mural of herself on the wall of Webheath.

As the longest remaining tenant on the estate in Netherwood Street, she had unwittingly volunteered for an art project with her face vividly brought to life by artist Smug 1 of the Global Art Collective. A series of street art murals have gone up across the city for the London Mural Festival.

“Oh my god when I set eyes on it I thought ‘good grief!”, June told the New Journal. “I had got a cryptic note about volunteering for help with ‘painting a wall’. I thought it was going to be a little image in the corner somewhere. I thought I’d be under a twig, but I’d say I was two buses high.”

June Rose Barber next to Smug 1’s artwork of her

June worked as a dental mechanic and in aeroplane upholstery for several years, making parachutes that come out of the back of jet fighters from the Rumbold’s factory in Belsize Road. She was born in Messina Avenue and grew up in Kingsgate Road, before moving into Webheath more than 50 years ago.

“I was one of the first to move in with my poor father,” June said. “It was like a sauna. My heating still isn’t right after 50 years. It comes on and off when it feels like it.”

She had met her late husband Neville at a tea dance in Kilburn.

The estate’s tenants association collapsed decades ago over financial problems, and a new one has only recently been set up by secretary Lynda Stuart, another long-standing resident who helped organise the mural project.

“Neville was an electrician and there was nothing he couldn’t do. We took in animals – stray cats, beautiful cats. Cats and dogs need a substitute mum. But the whole world needs a substitute mum right now.  “I mean it’s the age of selfies, it says it all doesn’t it? It’s all me, me, me?” 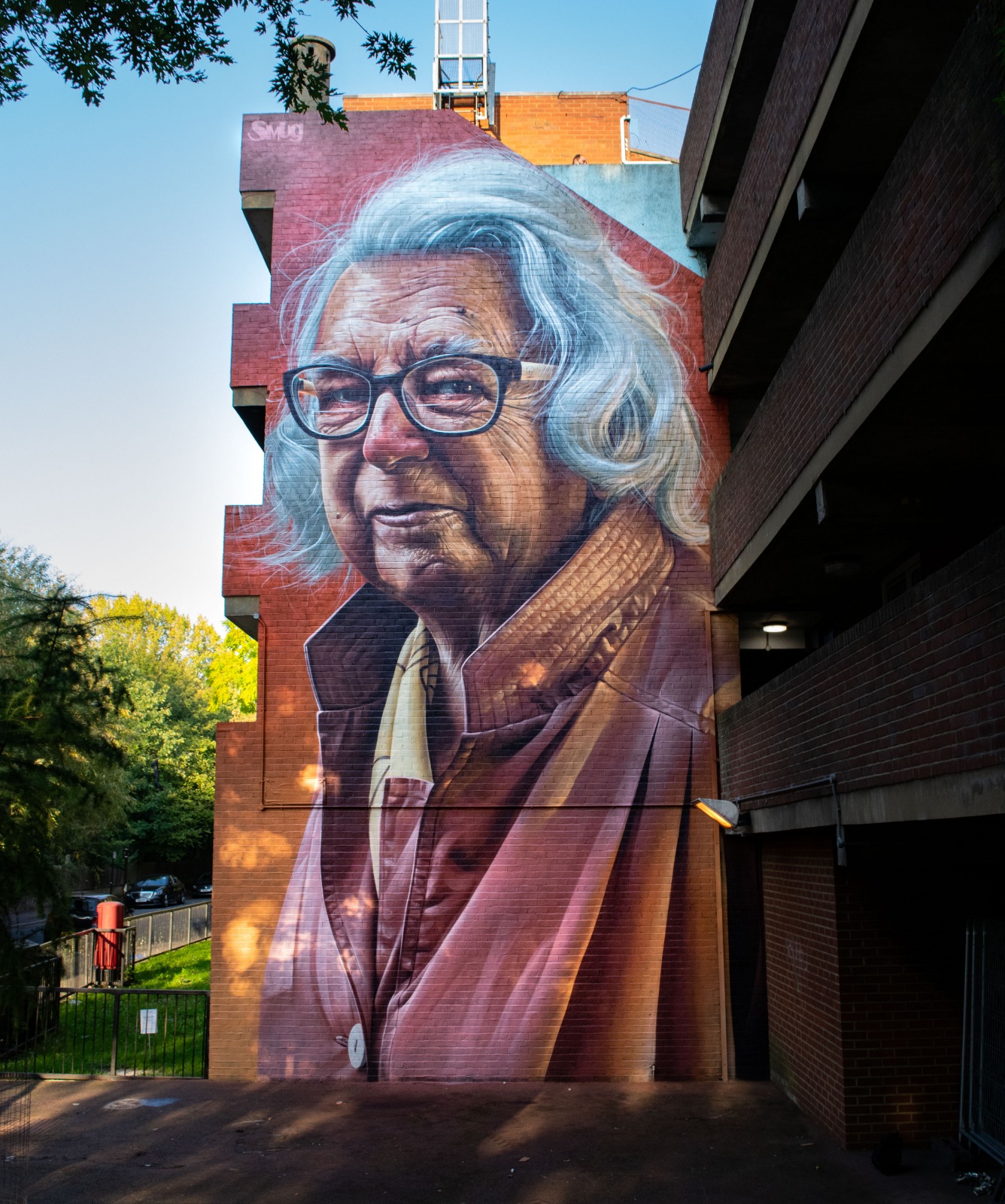 She added: “Why are people joined to their mobiles by a lump of elastic? I mean I don’t always rush to my house phone. Soon as a mobile goes – phroop! they’re off. Talk about aliens taking over. They don’t need to. The human race is already sucked in.

“And all these nasty things people say on Twitter. I don’t understand the mentality. When I was younger we used to help each other. I was in the Camden Journal, must be donkeys years ago now, because I was helping one of the old ladies on the estate to a do up Cotleigh Road library for pensioners.”

June said she liked to go up to the La Diva cafe in Kilburn High Road for a chicken burger, and regularly went into central London for talks and lectures before the pandemic hit.

She is deaf in both ears but said she had been left with just one hearing aid for the past two years, adding: “The NHS has been abused. People who really need it haven’t been using it. I’ve got a loud voice, if they can’t hear me how are they going to hear other people?” She added: “I’ve lived through the war. And no one stays here forever. Although I’m not so sure about that now with this bloody wall.”

The mural of June is set to stay in place for at least two years. This weekend, the group is working on the estate with new murals being painted and older ones being retouched up.