After 112 ‘painful’ days without football, Sunday side return to action with two wins in a day 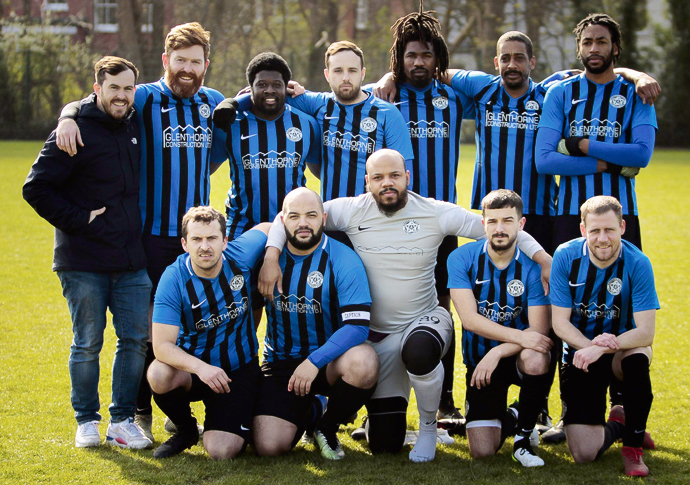 AFTER “112 painful days” without football, two matches came along at once for Highgate Albion Reserves on Easter Sunday.

And the boys from N6 wasted little time getting straight back to winning ways as they first beat Hendonians on penalties to book their place in the quarter-finals of the Barnet Sunday League Premier Cup.

But manager John Eager admitted they “did it the hard way” after seeing his side throw away the lead at their home pitch in Hurst Avenue before coming from behind just in time to survive the scare of spotkicks.

Albion’s Luke Morgan (right), who netted in the wins over Hendonians and Chefchaouen Berbers

Luke Morgan opened the scoring for Albion, but Hendonians hit back to take a 2-1 lead. Alfie Francis salvaged Highgate’s hopes of winning some silverware this season, however, when he scored a last-gasp equaliser to send the tie to penalties.

Morgan, Francis, Daniel Glaude, Alan Callaghan, Eric Sowonola, and goalkeeper Graham Loki – who is no stranger to scoring penalties – all found the back of the net in the shootout as Albion ran out 6-5 winners.

Eager added: “We were very fortunate to have someone of Alfie’s quality to save the day and send us to penalties, where six players duly stepped up and all scored.

“We’re now really looking forward to playing FC Trent Park in the quarter-finals in the coming weeks. It promises to be another tough test for the boys.”

Albion didn’t have time to celebrate their big cup win, though. A quick change of strips and it was back out onto the pitch at St Aloysius Playing Fields to tackle Division One rivals Chefchaouen Berbers.

This time they edged a seven-goal thriller, winning 4-3 thanks to goals from Craig Gorrie, Morgan, Callaghan and Francis.

Albion had to take the lead no fewer than four times before finally earning the points – and a massive sigh of relief from Eager. 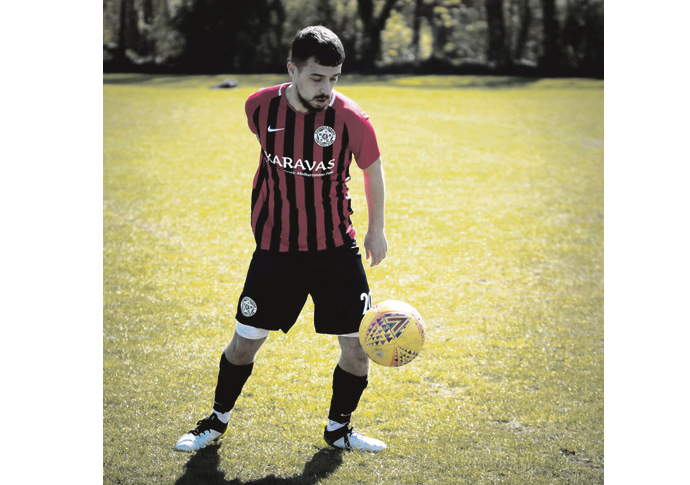 Alfie Francis, who also scored for Albion in both games

The boss said: “It goes without saying I was one relieved manager.

“After a 180-minute rollercoaster, to get back-to-back wins is fantastic. Out of a squad of 21 players, 11 of the boys played both games and Daniel Deeney certainly put in a shift, playing every minute of both matches.”

Joking about the demand on his players, Eager added: “It was so tough, even I got some minutes under my belt.

“All said and done, though, it was fantastic to be back in action.”

The 4-3 victory was only Albion’s fourth league win of the season, leaving them second in the table, four points behind leaders Kedares Town who have a game in hand.

They will be looking to make it three wins out of three following the lockdown this Sunday when they take on Northumberland Park Rangers.