It’s all about goals for striker Alfie 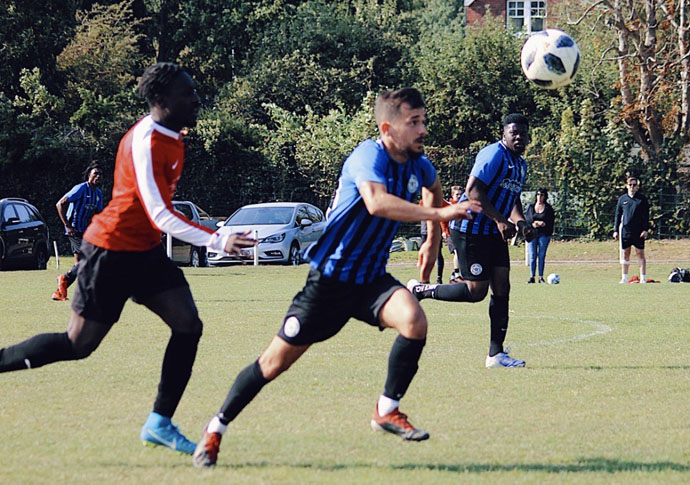 HIGHGATE Albion Reserves bagged another big win at the weekend, beating newcomers Chefchaouen Berbers 10-1 in Division One of the Barnet Sunday League.

The goals were shared around, with Daniel Glaude and John McNamara grabbing two each, while Paul Reid, Anthoney Dalton and Alan Callaghan also all found the back of the net.

But it was star striker Alfie Francis who again stole the show, scoring a hat-trick to take his tally to seven goals in four games.

The 23-year-old goal-scoring sensation, who lives in Gospel Oak, is Albion’s not-so-secret weapon in their search for silverware.

He scored 23 goals in 15 appearances last season before the campaign was curtailed by Covid-19. And now he’s at it again, drawing huge praise from his manager John Eager.

“Alfie is a joy to watch and he certainly has an eye for goal,” said Eager. “I don’t think I’ve seen a more natural finisher in all my years involved in football.

“He has got us out of jail on more than one occasion over the last two seasons. He’s a tremendous asset to the team and our search for glory.”