It’s a long-ball game as Elite hit the road 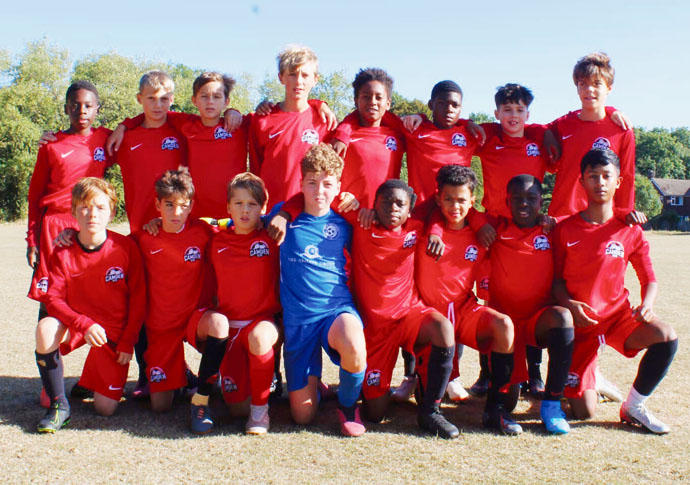 A SQUAD made up of top footballers from across Camden and Islington will get a taste of what it’s like to be professionals playing in the Premier League on Saturday when they kick off their new campaign in Berkshire.

Players from Camden Elite FC will travel more than 40 miles to tackle Berks Elite Academy in the south-east division of the Junior Premier League (JPL).

Elite, who also play games locally in the Camden and Islington and Camden and Regent’s Park youth leagues, joined the JPL in search of a fresh new challenge.

Head coach Sebastian Eurico says preparing for morning kick-offs across the region will be a whole new experience for his boys.

“This league will give our players the chance to see and feel what it’s like playing for a professional academy,” he said.

“They are playing on a full-size pitch, and games are 80 minutes plus injury time, which is broken down into four quarters of 20 minutes, which is how games are played within academies.

“We’ve already played games in the group stages of the JPL Cup. So physically I’m already starting to find out a lot more about my players, and their fitness levels, which will allow me to work with them in more depth and help turn them into better athletes.

“In the local leagues pitches are much smaller and games are much shorter, so this will be an exciting new challenge for all the players.”

Goals from Kieran Collymore, Ru McIntyre and Jerome Richard saw Elite wrap up the group stages in the Under-13s JPL Cup with a 3-0 win over rivals West Ham Foundation.

It followed a 10-0 win against Elite London Academy Football and a 6-1 victory against May and Baker FC in their opening two games.

It means Elite qualified for the knockout stages of the competition as group winners having recorded three wins out of three, scoring 19 goals along the way.

Sebastian, who also has an Under-12s side in the league, is, however, encouraging his players to keep their feet on the ground.

He added: “We know that as the season goes on games will continue to get harder and harder.

“We’re going to cover a lot of miles and play a lot of matches, which is a side of the game young players don’t always get to see. It’s going to be a steep learning curve.”

Anyone who wants to know more about joining Camden Elite can contact club secretary Jenny Kirby on 07956 955 244.